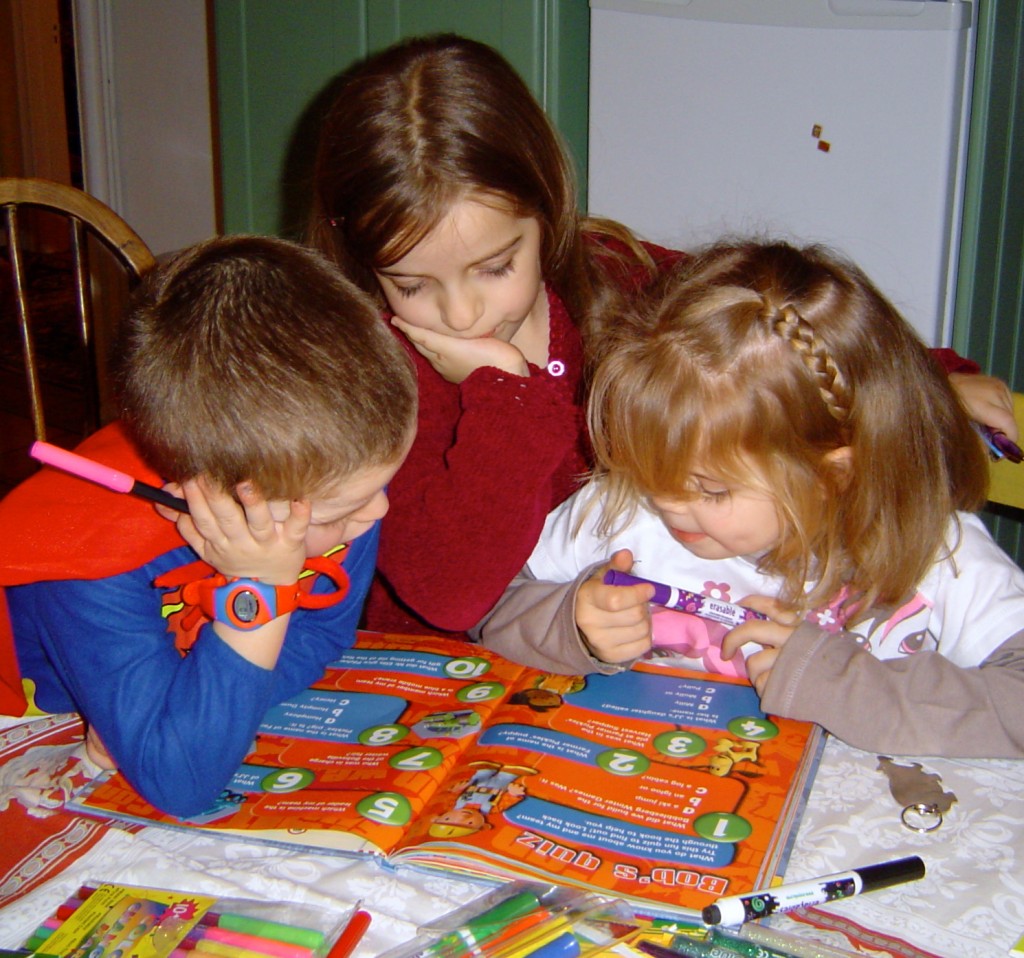 I wrote this in 2013, when my kids still had to engage in World Book Day at school. I’m truly thankful that they no longer have to do that, as it was always a trial!

So it’s World Book Day and the eldest has gone to school dressed as that classic hero of teenage fiction, Harry Styles. (She was hooking up with Niall and the rest of the band on the train.) She usually goes as a Muggle but this year, in a dramatic move worthy of Lord Voldemort himself, Muggles have been banned.

The transformation into the One Direction singer involved curling her hair and wearing jeans and a white T-Shirt. In order to go to school like this she needed a pound, she told me. I thought World Book Day was meant to be about giving children free books, so I have no idea who the money was for – Simon Cowell, maybe?

The youngest is very literal and was indignant about her outfit: ‘She doesn’t look anything like Harry Styles’, he said, correctly. At least he didn’t have to dress up, which he hates, but he did have to make a book character puppet on a lolly stick. He insisted on making Julia Donaldson’s Stick Man, as he was adamant the puppet should be the same size as the lolly stick which his teacher had given him.

In the spirit of not-reading-books-but-alluding-to-them-vaguely I’m thinking of a different bedtime routine for the youngest today. Instead of reading a book, I think that this evening will be the perfect time for us to go online and start planning our summer trip to Florida. I’ve heard that there are some book characters to be seen there but I’m not sure about The Stick Man or, indeed, One Direction.