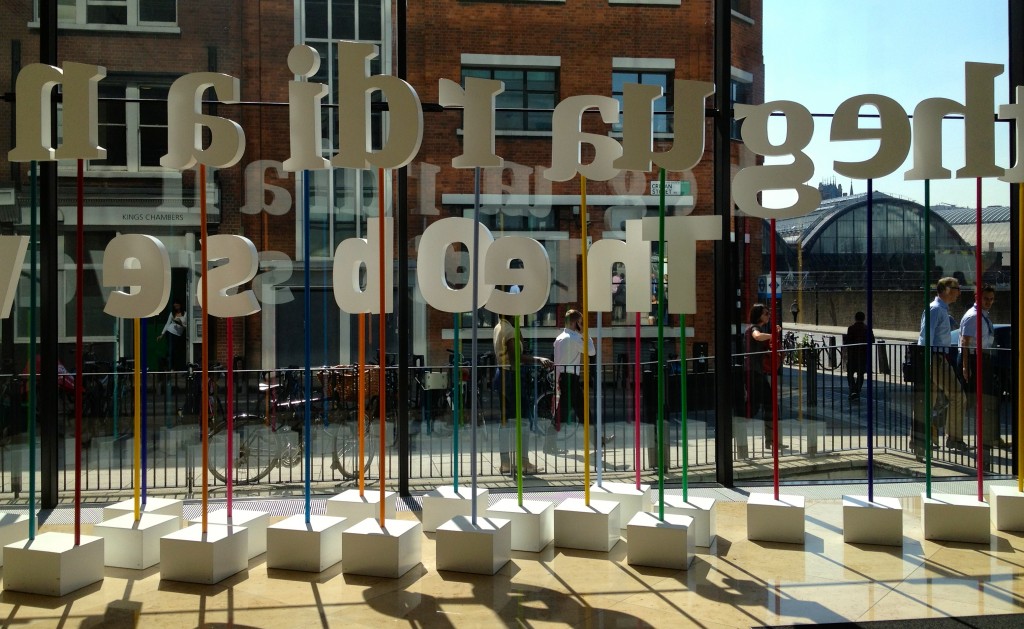 If your kids are interested in the media, The Guardian have some great free workshops on offer at their London HQ. This week the eldest and I had fun morning at a family newspaper workshop there.

We had to work to deadlines to create the front page of our own title. Education Officer Elli Narewska led the two hour session brilliantly, breaking it down to give a real idea of the reporting and editorial process. There were around ten children at the workshop, each with a parent or carer.

We used the same InDesign software which is used to produce the Guardian and the first task was to choose a layout. The eldest chose an A3 layout with five stories, but there were also layouts with two stories on offer. She then chose five stories for our front page from the twenty or so current news stories showing on the Apple Mac desktop screen in front of us. She decided to lead with the anniversary of Martin Luther King’s ‘I have a dream’ speech and then, in complete contrast, used the birth of Michael Buble’s baby as the second main story.

When it was time to write, Elli told the group to concentrate on ‘getting facts on the page’ and to include the who, when, where, what and why in each story. We were given a laptop to use and I acted as researcher while the eldest typed the stories on the desktop in her own words.

Once the stories were written she worked on the headlines, standfirsts (subheadings), masthead, byline and skyline (the section at the top showing stories which are inside). The final task was to choose photos to illustrate the stories, then it was time to print the front page of The Daily Schifano: 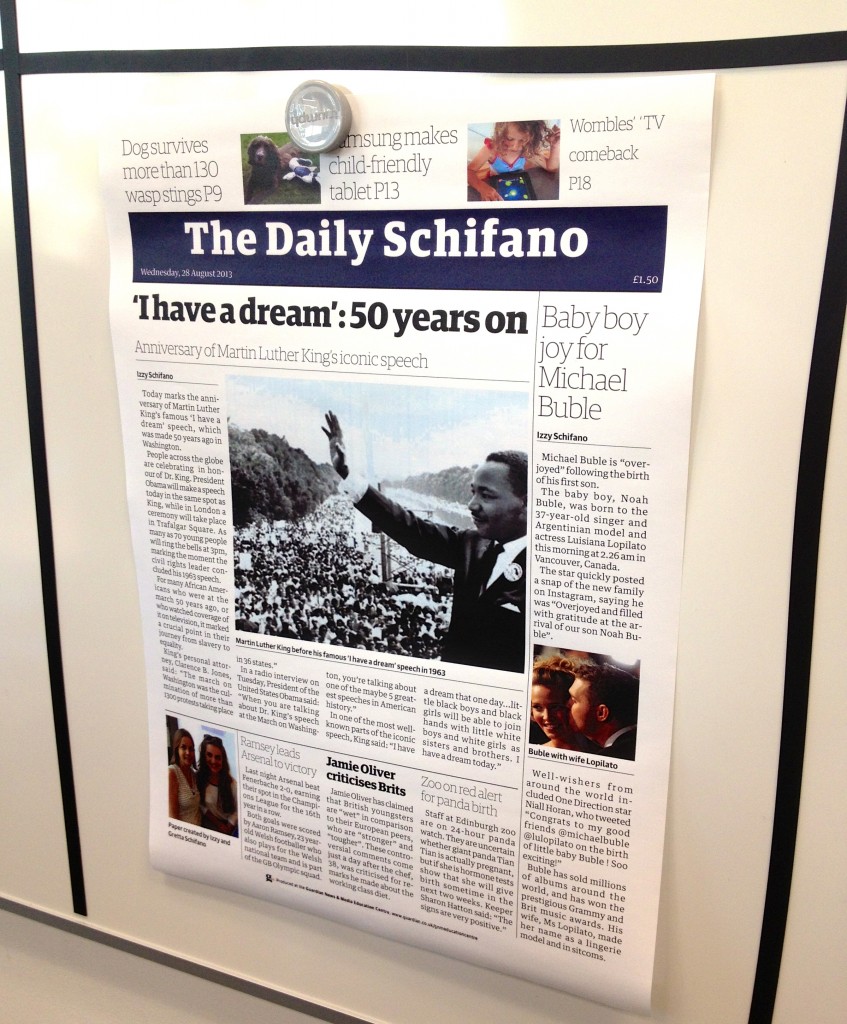 So, have you had a great day out with the kids recently? The Alexander Residence has been checking out things to do around Dover after inspecting a cruise ship to get an idea of what to expect on their first cruise. Meanwhile A Bavarian Sojourn has been volcano-climbing with her family and Scribbler in Seville has been having a fab time in Suffolk .

If you’ve had a great day out with the kids recently, we’d love to hear about it. Join in with this week’s #familydays Linky and let us know what you’ve been up to. Here’s how:

2. In your post include a link to this #familydays post so that your readers can be inspired by everyone else.