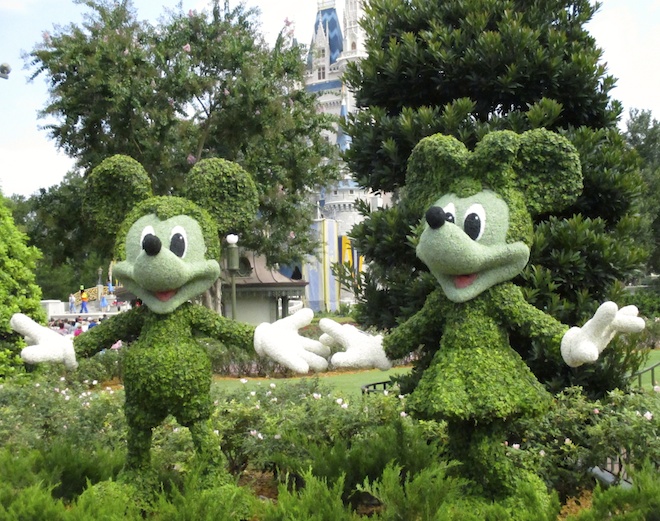 As a toddler my eldest ignored regular clothes and generally dressed herself  as Tigger with wellies on, or occasionally as Cinderella or a mermaid. She’s now fifteen and adored Disney’s Magic Kingdom when we visited Florida this summer. She berated her Dad and me for not taking her there when she was younger, but was enchanted by the whole experience.

My ten year-old was harder to please. He’s not keen on Disney princesses and thinks that Winnie The Pooh is babyish. Despite this, he still enjoyed himself at the Magic Kingdom because there are some fantastic rides and shows there. He grumbled about the Adventures of Winnie The Pooh ride but loved Space Mountain, a full-on roller coaster in the dark which I would never go back on. He also enjoyed exploring the tunnels, caves and fort on Tom Sawyer’s Island while the rest of us sat in the shade.

The Magic Kingdom was built in 1971 and is the heart of Walt Disney World. With its iconic Cinderella castle, parades of Disney characters and lavish fireworks displays it is the most Disney-ish place imaginable. We visited three times because there was too much to see and do in one day: besides the rides we wanted to see the excellent afternoon and evening character parades as well as the spectacular evening lightshow and fireworks. 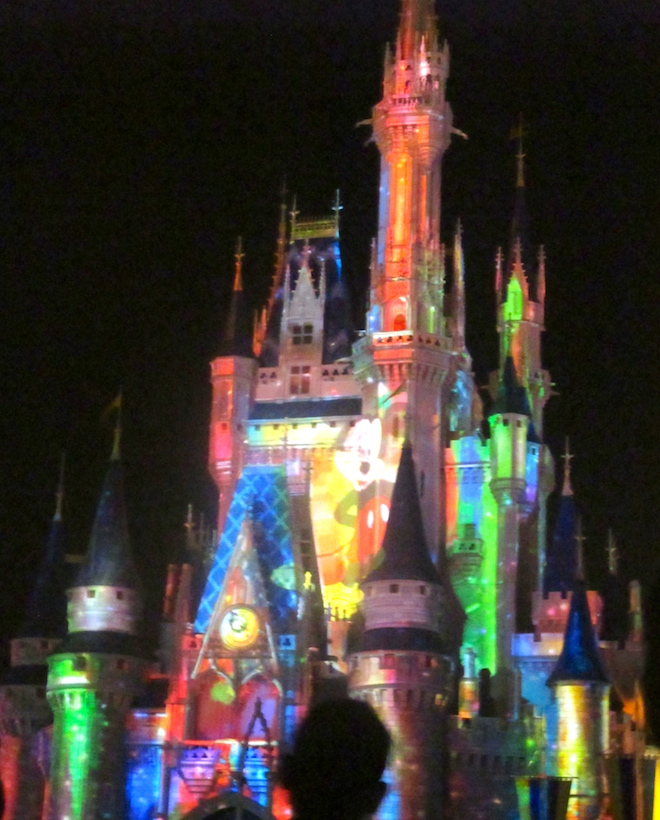 The park is divided into six areas (Frontierland, Adventureland, Fantasyland, Tomorrowland, Liberty Square and Main Street U.S.A) with the famous Cinderella Castle at its centre. The Walt Disney Railroad encircles the park and is a pleasant ride in itself as well as being a good way to get around. If you want to watch the parades or fireworks then make sure you find a vantage point in good time as the park can get very crowded. The first evening we tried to watch the fireworks we were unable to because staff moved us on from everywhere we stopped. We went back another time and staked out a spot in from of the castle for a perfect view.

You need to plan your Magic Kingdom visit carefully to make sure you cover what you want to. We used the Lines app to plan our visit and avoid the queues. The app told us the best time to do things and when to get a Fastpass (a Disney system to save queueing). My favourite ride was Big Thunder Mountain railroad, an exhilarating-without-being-terrifying runaway train roller coaster around a mountain. I also really enjoyed the Monsters Inc Laugh Floor comedy show where Mike Wazowski presents animated monster comedy acts. The audience is invited to contribute jokes and the show is interactive and fun.

I wouldn’t recommend the rather dated Jungle Cruise boat ride unless you particularly like animatronic animals. If you’d like to see some real, live animals in Florida then the excellent Busch Gardens or Disney’s Animal Kingdom are the places to go, or Gatorland if you’re into alligators.

Family travel lowdown: We used our Disney 14-day Ultimate Tickets to visit the Magic Kingdom. The tickets cost £1020 in total for the four of us.