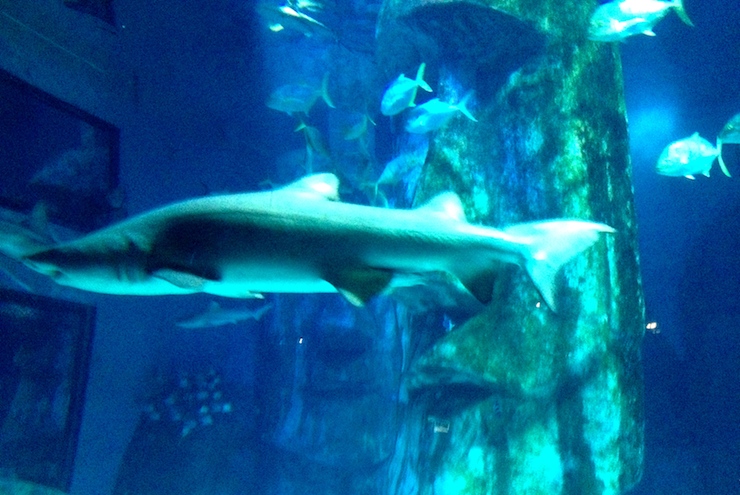 The Sea Life London Aquarium is on the city’s South Bank near to the London Eye. My children and I often visit the South Bank with my sister and her boys during the school holidays. There are lots of things to do, the kids enjoy watching the street entertainers and it’s a mostly car-free walk there along the river Thames past Tate Modern from London Bridge station, our gateway to the capital.

One of my nephews has been asking to visit the Sea Life London Aquarium for ages but there are always huge queues outside it when we go. For our last London visit my sister booked tickets in advance so she and I sailed past the queues with our youngest kids in tow. The boys loved walking over the transparent floor above a tank of sharks to get in to the aquarium. Once inside we saw that there was a schedule of talks and feeding times running throughout the day. We were just in time for the octopus talk. The octopus was hard to spot at first as it was hidden away at the bottom of the tank: but it came out for food. We learnt that the octopus is a very intelligent creature which can change colour to match its surroundings.

Next stop was the Ray Lagoon where the children loved feeding the fish with the food we bought from one of the keepers. Rays are fascinating to watch as their mouths look very smiley and they swim close to the edge of the pool as if they want to be touched. The keeper there warned everyone not to touch them though as it would be too stressful for them. Just beyond the rays is a rock pool and a starfish which could be touched, very gently. The children queued up solemnly to do this and said the creature felt quite soft.

The aquarium houses thousands of sea creatures from around the world including 12 different species of shark. One of the highlights is a 25 metre-long underwater glass tunnel through a tropical marine environment. As you walk through the tunnel you see beautiful turtles and tropical fish swimming in the water above and around you.

The boys said that their favourite part of the trip was seeing the penguins. The London Aquarium has an adorable gang of gentoo penguins and they’re very entertaining to watch as they jump in and out of their pool and speed around in the water.

Just before the exit is a display about local underwater life. The boys thought this sign was hilarious: 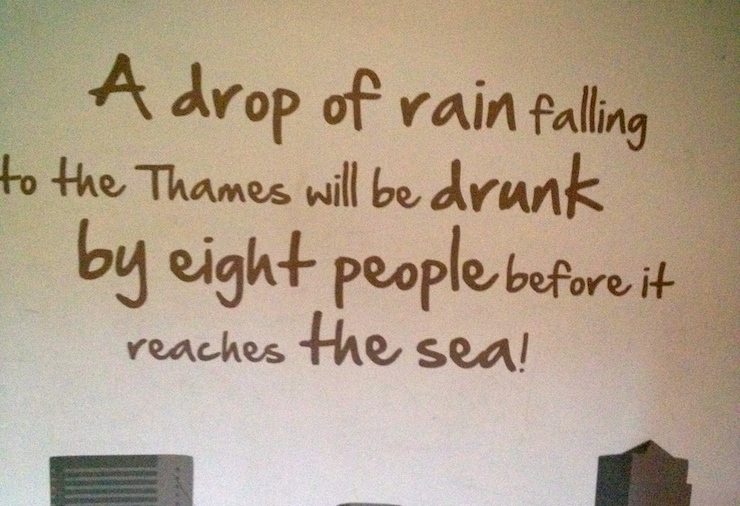 It was pretty crowded at the aquarium when we visited during the school holidays and the space feels enclosed and is dimly lit. This is probably to maintain the correct environment for the marine creatures inside, but I was glad to see daylight and fresh air outside at the end of our visit.

Family travel lowdown: General entry to the Sealife London Aquarium costs from £18.63 for adults, £13.50 for children (3-16 years) if booked online. These prices are correct at the time of writing.