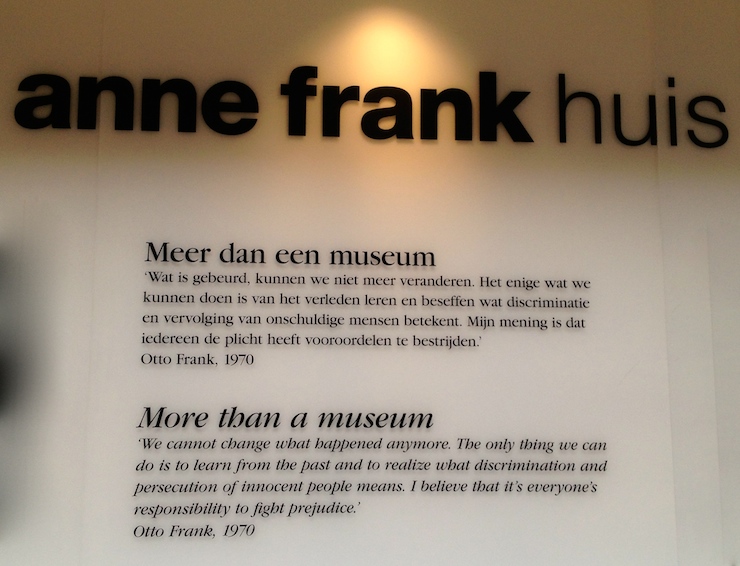 On 27th January, 1945 Auschwitz concentration camp was liberated from the Nazis by Allied troops. The anniversary of this date is now known as Holocaust Memorial Day and is a chance to remember  the millions of innocent people who died in the Holocaust and in other genocides. Of the six million people who died in the Holocaust, most of them Jewish, more than one million perished at Auschwitz alone.

I’ve not been to Auschwitz but on my travels I have visited some beautiful European places where the Jews who were murdered during World War II are remembered, and have also seen a Jewish building abandoned centuries ago. At Budapest’s Great Synagogue,  Amsterdam’s Anne Frank Museum and at the medieval Jewish baths I visited in Spain I felt huge sadness at the cruelty these places represent but also hope that the memory of what happened is being preserved.

The Great Synagogue in Budapest is the largest in Europe – it was built in the 1850s and can accommodate up to 3,000 people. It’s a grand, impressive building which also has a museum of Jewish history including artefacts from ancient Rome as well as a Holocaust Memorial room. Outside at the back of the building is a beautiful silver sculpture of a weeping willow in memory of the 600,000 Hungarian Jews who were killed by the Nazis in the Holocaust: 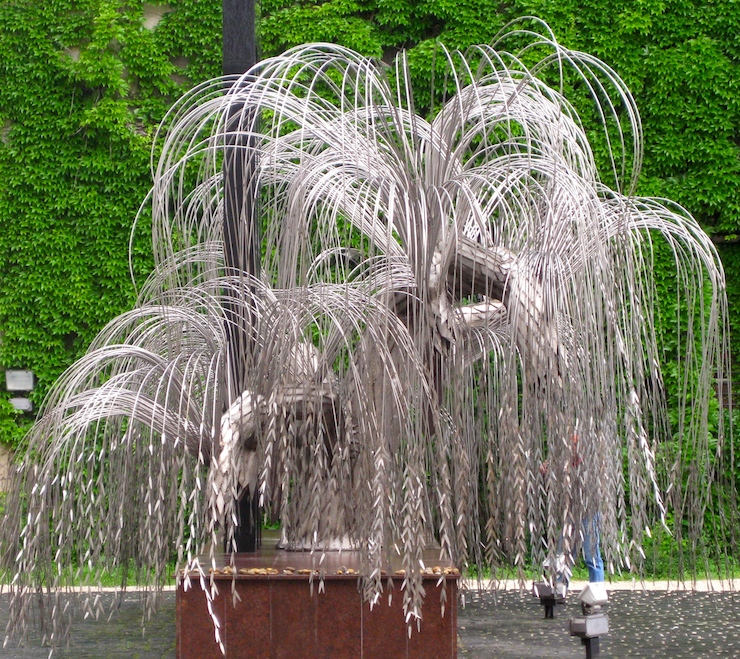 Amsterdam’s Anne Frank Museum is in the building where the young diarist lived in secret with her family and four other Jews from 1942 until 1944. Anne was 13 when they went into hiding from the Nazis, 15 when she and the others were betrayed and sent to concentration camps where all of them died apart from Anne’s father. You can still see the marks on the wall where Anne’s mother recorded the heights of her growing children. It’s a moving and sombre place to visit and quite difficult for children to understand, even though the focus is a child, the young Anne. However the museum has a great interactive website which explains the issues really well.

The medieval Jewish baths I visited in Spain reminded me that anti-Semitism didn’t start with the Nazis. The ritual Jewish baths (below) or mikvah in Besalú in Catalonia were discovered in 1964. The building dates from 1264 and it seems that the entrance was hidden before the medieval town’s Jewish inhabitants were driven from Spain in the 15th century. These days visitors can see the baths and learn about their history with a guide from the local tourist office. Spain has now offered citizenship to anyone who can prove their Spanish Jewish ancestry, according to this BBC report.

I’m glad that I’ve had the chance to visit these three very different places. Holocaust Memorial Day is an important event for all of us and it’s vital that we never forget what happened. As Otto Frank said: ‘The only thing we can do is learn from the past and to realise what discrimination and persecution of innocent people means.’

Family travel lowdown: Tickets for the Anne Frank Museum can be booked online to avoid queueing and when I visited cost €9 for adults, €4,50 for children from 10 to 17 years (under-10s are free). Entrance to Budapest’s Great Synagogue costs from 2,250 Hungarian Forints for adults. Tours of the Jewish baths in Besalú cost cost €2,25 per person and need to be booked in advance with the town’s tourist office +0034 972 59 12 40 or mailturisme@besalu.cat.

Disclaimer: I visited Besalú as a guest of the Costa Brava Tourist Board and my entry to the Anne Frank Museum was arranged by the holland.com for review purposes.