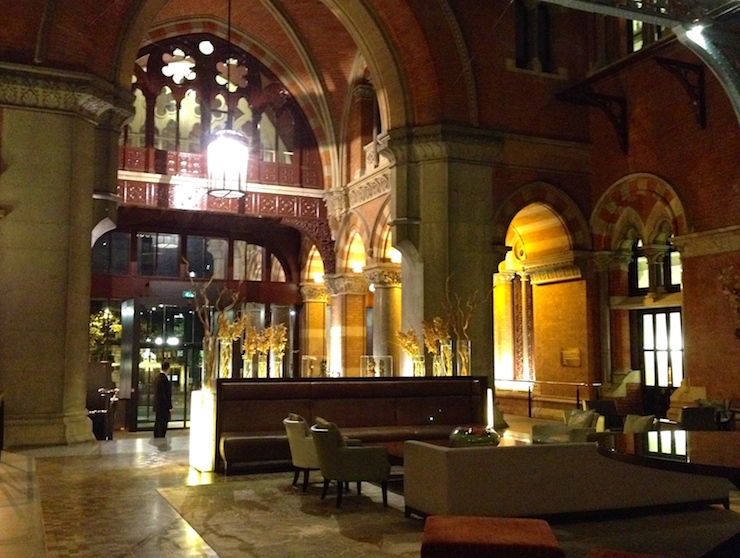 The fabulous St Pancras Renaissance Hotel has to be one of the most surprising places I’ve ever stayed. I was surprised to be there at all – my friend Kirstie Pelling of The Family Adventure Project invited me to keep her company on a review trip – and even more surprised when I saw what a wonderfully unusual place it is.

I’d heard about the renovation of the 5-star St Pancras Renaissance but wasn’t prepared for how beautiful the place would be.  Outside, the hotel looks a softer version of the Houses of Parliament. Once inside, the hotel lobby is vast and cathedral-like with high, vaulted ceilings and ornate pillars. A member of staff told us that this was originally the area where taxis waited outside the hotel. Now it’s a stunning hotel lobby and would be a great place to meet for coffee or a drink even if you’re not staying at the hotel.

The hotel’s story began in 1865 when Midland Railway ran a competition to design a 150-bed hotel for St Pancras station. Architect George Gilbert Scott created the winning design which eventually cost the equivalent of £438 million in today’s money to build. When it opened in 1873 it was one of London’s leading and most expensive hotels and after its complete renovation and 2011 reopening the Grade I listed building is now considered one of the finest examples of Gothic Revival architecture in Britain.

In order to bring the hotel into the 21st century while retaining it’s character and history hundreds of expert painters and craftspeople and conservators worked on the restoration project with the support and advice of English Heritage. The result is an extraordinary and beautiful space which feels very English.

We stayed in a luxurious room in the Chambers Club, the most exclusive part of the hotel. Our room was beautifully grand yet comfortable with floor-to ceiling windows looking out onto the Eurostar platform: 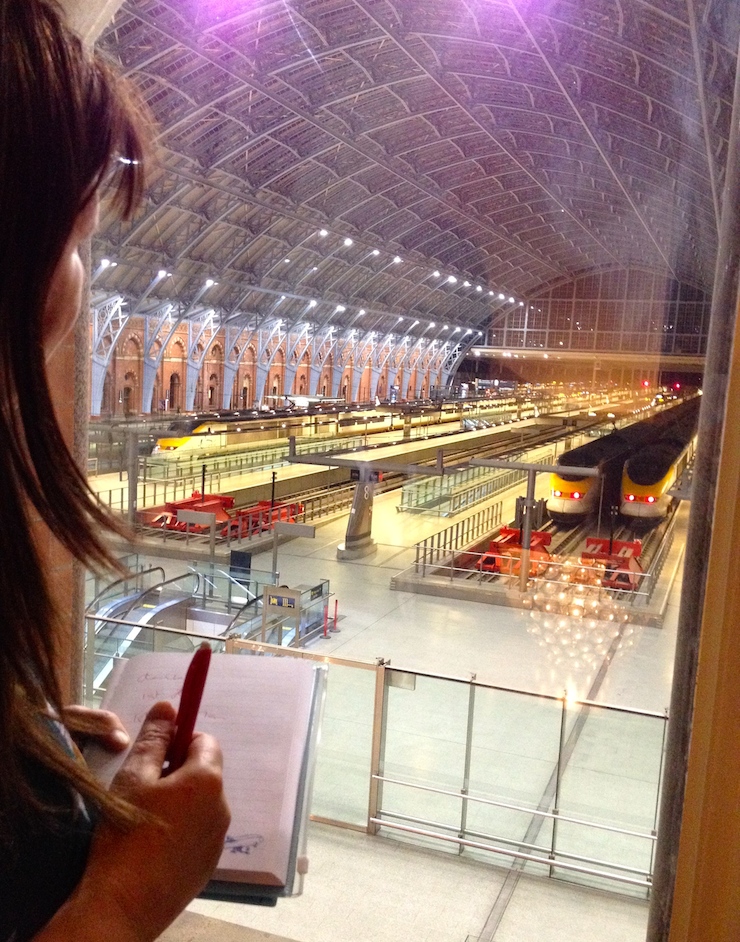 Our room was very swish but with one point which could be improved: I thought the sides of the bath were quite high. The shower is above the bath and I slipped and bruised my leg on the side of the bath getting out of the shower.

The building was designed to let in as much natural light as possible because it was created in a time of gas lights. So it has huge rooms with vast windows, fanlights above every door and beautifully arched stairwells. The most impressive of these is the Grand Staircase which you may recognise from the Spice Girls Wannabe video: 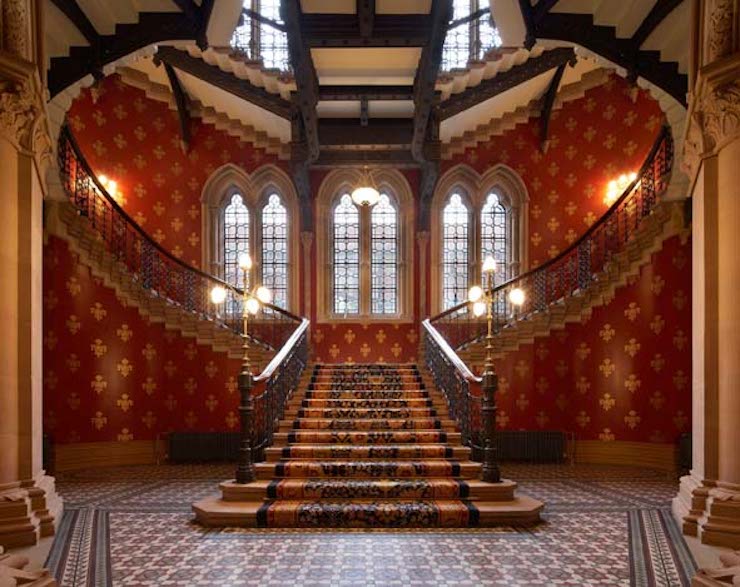 The building has been used for various film and TV shoots including Batman Begins and Bridget Jones’ Diary.

Guests in the Chambers rooms can use the luxurious Chambers Club rooms and have complimentary breakfast and afternoon tea there. The hotel also has a spa, gym and pool as well as a Marcus Wareing restaurant. There’s also  a place called the Ladies Smoking Room which I’d like to see – it was booked out when we were there. There are some family rooms available so this could be an amazing and unusual place to stay on a family trip to London – you can even take your dog along to stay at the hotel with you.

Chambers rooms at the St Pancras Renaissance cost from £400 a night.