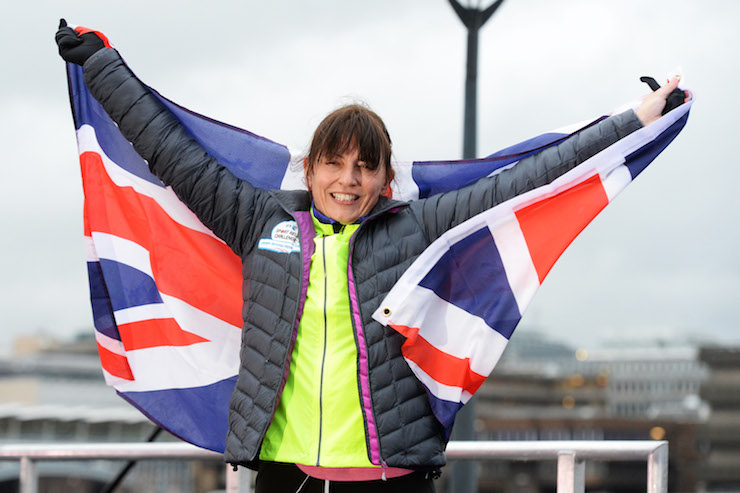 I’m in trouble with my kids. I’m not going to be at home on Mother’s Day. I’ll be on my way to Sicily instead (for work) and have been told that I ‘won’t be getting any presents then’. I said that we could celebrate Mother’s Day the following weekend if they’d like to, when I’m back home, but nobody answered me.

Oh dear. To stop myself from feeling guilty I’ve made a list of mothers who’ve been on REALLY BIG  journeys without their children. Although I don’t know how many Mother’s Days they were away for, if any. These are the culprits.

British TV presenter and mum-of-three Davina McCall raised more than two million pounds for Sport Relief, a charity for vulnerable people in the UK and abroad. Davina did this by completing an incredibly tough Sport Relief 2014 triathlon over 500 miles from Edinburgh to London in just seven days. The presenter was filmed running, swimming and cycling her way through gruelling weather conditions in February – afterwards she said that this was the toughest thing she’d ever done. Luckily Davina finished her journey before Mother’s Day. Phew.

First woman to cycle around the world

Annie Cohen Kopchovsky was a mother of three children under six when she set out from Boston, USA, to travel around the world by bicycle in 1896. She did this because of a $10,000 bet that no woman would be able to do such a thing. She financed her trip by sticking adverts to her clothes and bike. She managed the journey in just under 15 months, claimed her $10,000 prize and rejoined her family. Annie must have missed at least one Mother’s Day but there’s no record of her children’s reaction to this.

First woman to reach the top of Mount Everest

Junko Tabei was the mother of a three-year-old daughter when she went on an expedition to Everest in 1975. The expedition was a success and the Japanese climber became the first woman to reach the top of the highest mountain in the world. In 1992 Junko then went on to be the first woman to complete the Seven Summits – the highest mountain on each of the seven continents. If she timed her expeditions well she may have managed to always be at home for Mother’s Day but this hasn’t been confirmed.

American chemist Anna Fisher was one of the first female astronauts recruited by NASA. She gave birth to her first child in 1983. The following year, when her baby daughter was 16 months old, Anna became the first mother to go into space. She was on board the space shuttle Discovery on a mission to recover two failed satellites. As her child was a baby when Anna went into space it’s likely that if she did miss Mother’s Day she got away with it.

Rosie Swale-Pope gave birth to her son in 1971 on board the small boat she was sailing from Gibraltar to Australia and back with her husband and young daughter. Following the death of her second husband three decades later, Rosie set off to run around the world on her own. Rosie pulled a cart behind her containing everything she needed and her 20,000 mile journey took nearly five years. Rosie must have been away for at least four Mother’s Days, possibly five.

I wonder if their children were cross with them before they set off. Do you know of any other inspirational adventurer mothers to add to the list? Have you ever been away from home for Mother’s Day?