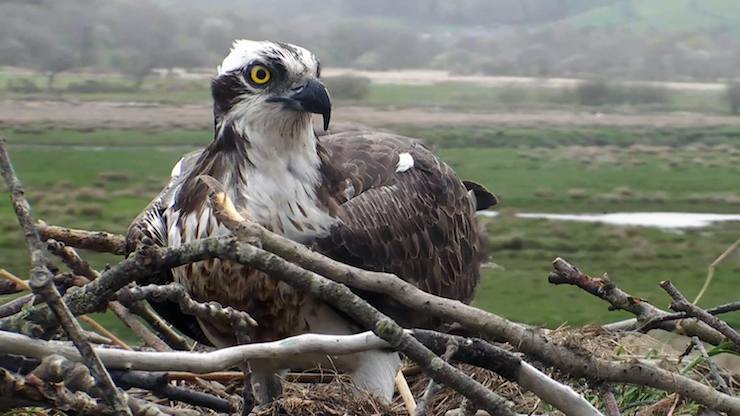 Ospreys, it seems, have pretty brutal love lives. Those that breed in the UK spend the winter in Africa and then fly 3,000 miles back to their nests in spring. But when they arrive here they may have to battle other birds for both their nest and their mate.

My daughter didn’t come with the rest of the family to the Dyfi Osprey Project in Wales at the weekend as she was busy revising for her GCSEs. When I told her about what the ospreys had been doing she said it sounded just like the reality TV show ‘Made in Chelsea’.

I’ve not seen the show but this was the story so far when we visited: four birds had arrived from Africa at various times over the previous week but only two remained. One was Monty, a male who’s bred here before and the other was Blue 24, a female who’s new to the reserve. Monty had already seen off another male who he found on the nest when he arrived here. Blue 24 had spent the previous day battling her cousin, Glesni, who bred with Monty last year but arrived last week to find the younger female already in residence. Just as in the best stories there was a palpable air of excitement around what would happen next. Would Glesni return? Would any other ospreys turn up? Would Monty and Blue 24 mate and have chicks? Nobody could know what would happen next. 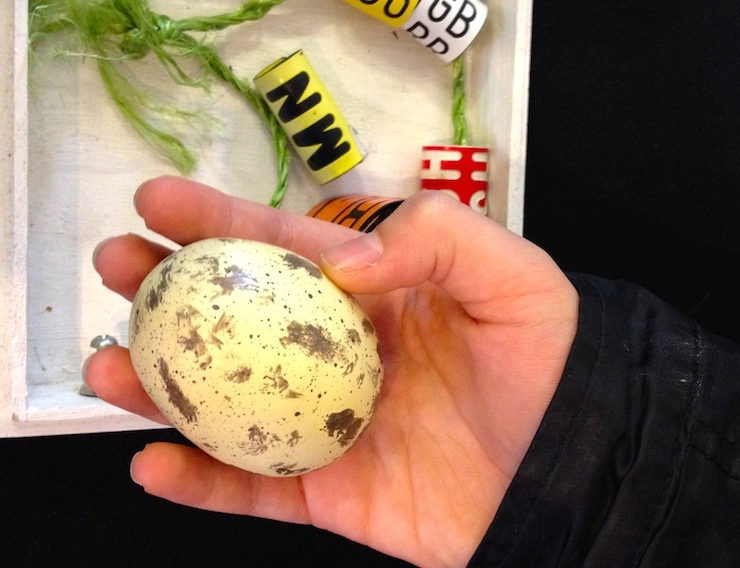 At the entrance to the reserve is a building with a wall of screens showing live footage from the ospreys’ nest and perches. As we watch Monty deliver a fish to a waiting Blue 24, Kim Williams, the project’s Learning Officer, says: ‘He’s trying to impress her, to prove that he can feed both her and her chicks.’ Ospreys are sizeable birds of prey: the wingspan of an adult bird can reach up to 175 cms. They feed exclusively on fish, diving into the water and catching their prey with their talons. Kim shows us a replica osprey egg – my son holds it and says it’s a bit bigger than a chicken’s egg.

Kim explains that a century ago ospreys were hunted to extinction in Britain. Now they’re protected by law and there are thought to be around 40-50 breeding pairs across Britain, including here at the Montgomeryshire Wildlife Trust’s Cors Dyfi nature reserve. Kim says that when the ospreys lay eggs here they have round-the-clock surveillance and security to protect them: I’m amazed when she says that there have been cases of people walking along the nearby train track to get close to the nest.

We walk around the reserve. Near the entrance is a wooded area with a reconstructed osprey nest on the ground. Kim assures us that the nest is big enough for five children but my son declines to sit in it. Beyond the woods the ground is marshy with reed beds but there’s a new boardwalk winding through the reserve which offers a good vantage point for watching the wildlife. There are dormice, otters, fish and some rare small birds here as well as the ospreys and in the summer the reeds are grazed by a pair of water buffalo. 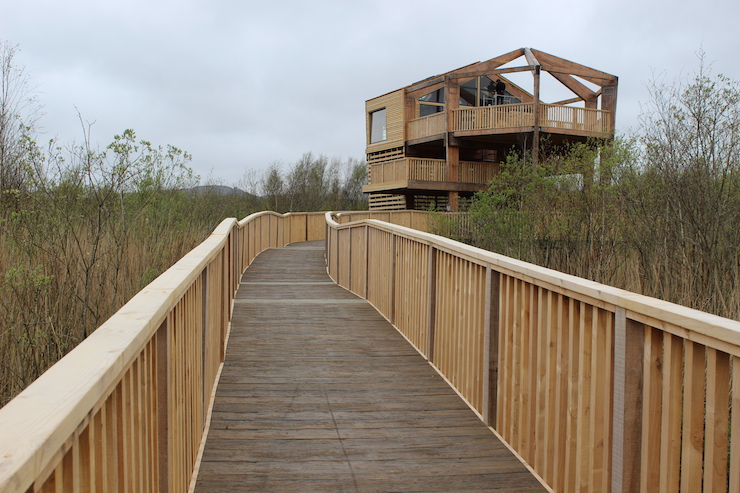 The boardwalk leads to a new observatory which is about 200 metres from the nest. The observatory is closed when we visit but is open from Easter and will be a fantastic spot from which to watch the ospreys.

If you want to follow the unfolding drama of the ospreys’ story you can do so via the live stream on the Dyfi Osprey Project website.

Family travel lowdown: There’s a suggested donation of £2.50 for adults visiting the Dyfi Osprey Project, £5.00 for a weekly pass, £10 for a season ticket. Under 16s are free. There’s a café by the entrance and there are often activities for children running during the school holidays. The Montgomeryshire Wildlife Trust’s Dyfi Osprey Project is part funded by the European Regional Development Fund’s Communities and Nature Project through the Welsh Government. Thanks to Visit Wales and CAN for arranging our visit.