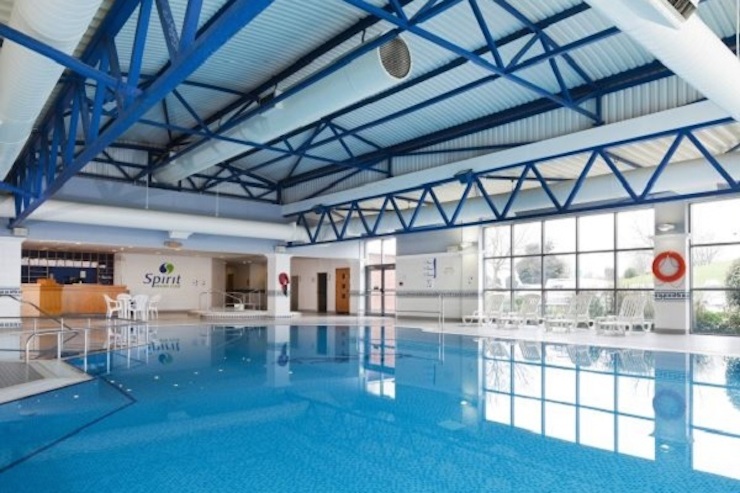 An overnight stay at an airport hotel can be a good option if you have an early morning flight, especially if you live a long way from the airport you’re travelling from. I live 20 minutes from London Gatwick and so prefer to travel from there but the last time I flew from Stansted I had to get up at 3 am to catch my flight. Horrendous. My very kind husband drove me to Stansted as it was too early for public transport and if I’d had to allow time to negotiate the airport car park I probably would have had to get up before I went to bed. I was on a press trip and by the time I arrived at Comiso airport in Sicily I was faint with tiredness and had to lean against a wall as our group was greeted with speeches by the local tourist office bosses.

I felt like I’d missed a night’s sleep. Had it not been my parents’ golden wedding anniversary party the night before my trip I would have stayed at an airport hotel and left my car there. We’ve done this as a family a couple of times and it’s worked well: it can definitely make for a more relaxing start to a trip, as long as you stay somewhere decent. It can also offer good value when compared to the cost of parking your car at the airport while you’re away.

To get from these hotels to Heathrow airport there’s a Hoppa Bus which costs £4.50 per person each way. Up to two children under the age of 15 years travel free with a fare-paying adult. Depending on the number of people you’re with it may be cheaper to just get a taxi. 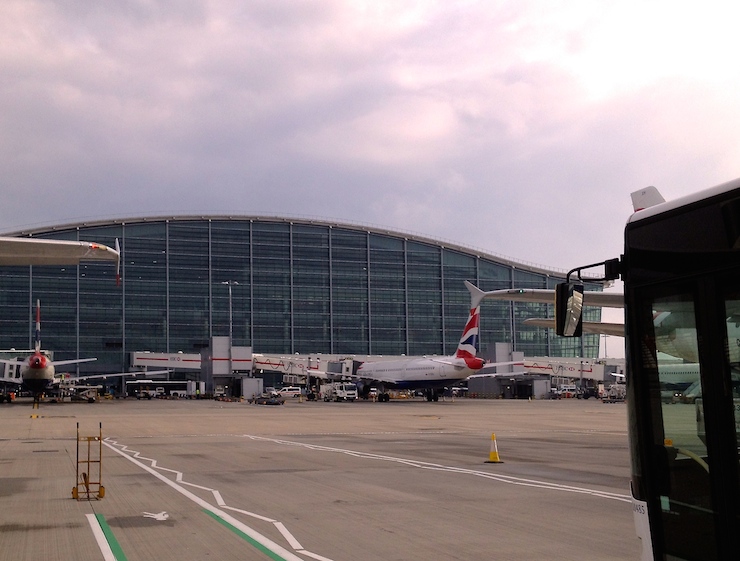 The room rates for these hotels vary but I’ve taken sample rates (below) from the IHG website to give an idea of the costs for a family staying for one night and parking their car while they’re away. These hotels offer a best price guarantee if you book on their website: if you find a lower price for your room offered elsewhere then your first night is free. I’ve included the distance from each hotel to the airport according to Google Maps and the hotel ratings according to the AA.

The Crowne Plaza London Heathrow is rated as a four-star hotel by the AA. It’s about six miles or 13 minutes drive from the airport terminals and has some rooms for four people. It has a 16-metre heated indoor pool, sauna, steam room, jacuzzi and gym on site. The pool is free for guests to use and children are allowed in the pool until 8pm (9pm on Fridays and Saturdays). This sounds perfect for families with kids – they can use up some energy in the pool before being cooped up on a plane journey. Children under the age of 13 can eat for free at the hotel if they choose from the kids menu when accompanied by a full paying adult.

£180 Park, Stay & Go 15 Day package for one room for one night for four people plus 15 nights parking (excludes transfer to airport).

£169 VIP 8 Day Parking package for one room for one night for four people plus driver to take car between airport and car park plus 8 nights parking.

The Holiday Inn London Heathrow M4 Jct 4 is rated as a four-star hotel by the AA. It’s around five miles or 14 minutes drive from the airport terminals and a couple of minutes from the M25. It has family rooms (for up to four people) as well as some interconnecting rooms. It has a health club with a gym for hotel guests. Guests under thirteen years old can have a free breakfast and free lunch and dinner from the kids menu if they’re with an adult paying full price for their meal.

£156 Park, Stay & Go 15 Day package for one room for one night for four people plus 15 nights parking (excludes transfer to airport). 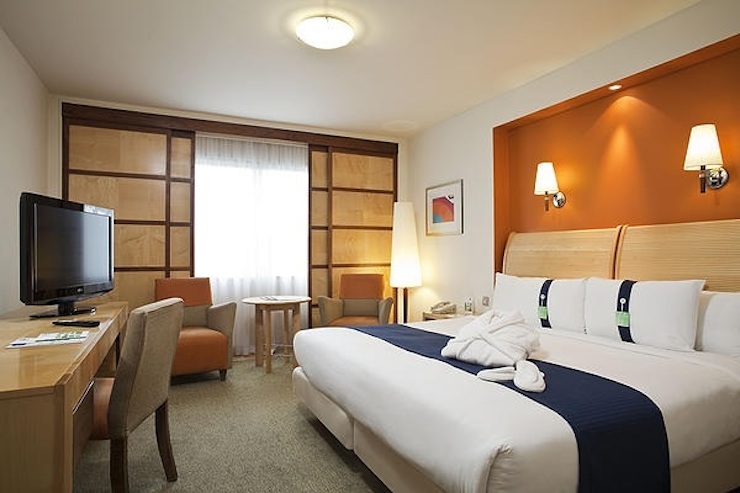 The Holiday Inn London Heathrow Ariel is rated as a three-star hotel by the AA. It’s around three miles or ten minutes drive from the airport terminals and has interconnecting rooms as well as rooms which can accommodate up to three people. It claims to be the first ever airport hotel at Heathrow and some of its bedrooms face the airport runway and so are perfect for plane spotting. Under-thirteens can have breakfast for free at the hotel as well as free lunch and dinner from the kids menu if they’re with an adult paying full price to eat.

£140 Park, Stay & Go 15 Day package for one room for one night for up to three people plus 15 nights parking (excludes transfer to airport).

Have you ever stayed at an airport hotel before an early flight? Do you think it’s a good idea or would you rather go to the airport straight from home?

Disclaimer: This post is sponsored by IHG but all opinions are my own. I haven’t stayed at any of these hotels but I did stay at the Cambridge Holiday Inn recently and would recommend it.