Home / Home Slider / How to drive in Sicily

It’s possible that I’m not fully qualified to write this post because I’ve never actually driven in Sicily.  I’ve been driven in Sicily a lot though, most recently by my husband on our family holiday there this summer. We stayed in four different places, explored the Baroque towns in the south of Sicily and had a lovely time. From my position as a passenger, I’ve learnt the following.

Sicily is the biggest island in the Mediterranean. It’s bigger than Wales and has many amazing things to see. If you’re staying in one place and plan to whizz around and see the main sites then think again – unless you want to spend most of your trip in the car.

Sicily is a volcanic island, home to Mount Etna, Europe’s largest active volcano. There are frequent little earthquakes and these can affect the roads. Sometimes you’ll be driving along a road which seems perfectly fine until suddenly it isn’t there any more because part of it has escaped down the hillside. Sometimes you come across places like this with no warning and at other times there will be a warning in the form of a pile of earth on the road in front of you. If you’re lucky you will manage to brake or swerve to avoid said pile of earth. 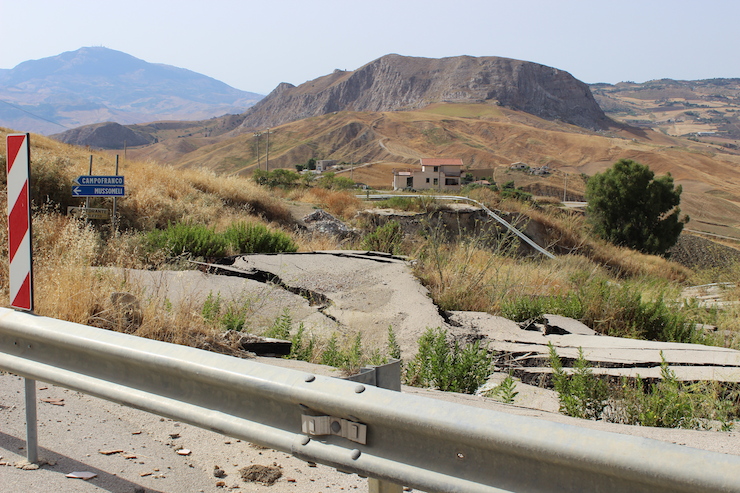 When the above happens you must be prepared to drive off-road, if that’s what the locals are doing. Sometimes the only way to get to somewhere is to drive carefully across some bumpy scrubland until the road reappears.

These aren’t seen as a necessity and you will often see babies and small children sitting on laps in cars. If you book a child car seat with your hire car there may not actually be one available when you collect the car.  We always used to take our own car seats with us when our children were small. 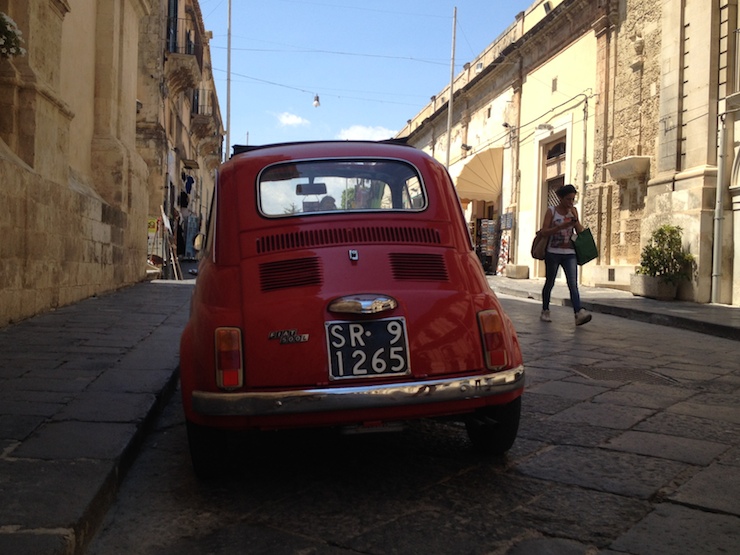 The law says that car passengers must wear seat belts but many locals don’t.

In cities and larger towns you’ll often find unofficial ‘parking attendants’ who will ask you for money (a few euros) in exchange for keeping an eye on your car. We’ve always paid up when asked and found our car in the same place, unharmed, on our return.

I’ve made a video about driving in Sicily (at the top of this post) – see if you can spot the shepherd. Do you have any tips of your own to add about driving abroad?

Check out my other posts about our trip to Sicily:

Why Verdura Resort is great for families

Staying on a farm in Sicily

Staying with HouseTrip in Sicily