Home / Home Featured / What to eat in Sicily 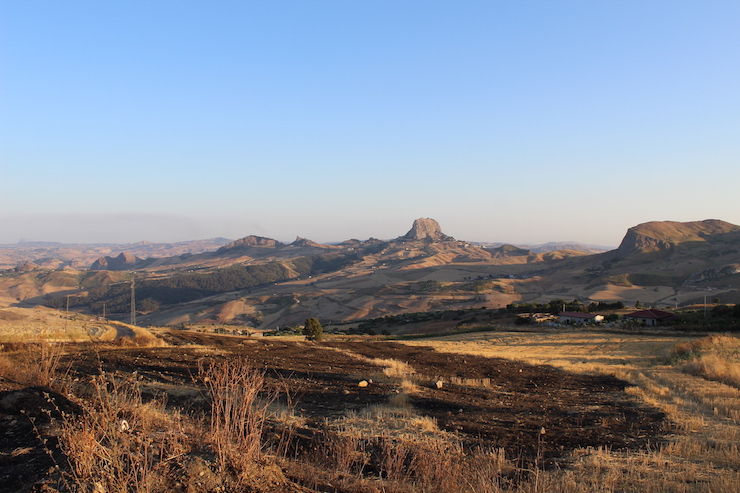 One of the best things about Sicily is the amazing and diverse food on offer there. Sicily has been occupied by many different powers over the centuries and the influence of these various cultures can still be seen in kitchens, food markets and restaurants today. Here are some of the things which my family enjoyed trying when we went to the Italian island this summer.

This sweet, icy, refreshing drink was introduced to the island when it was under Arabic control. They would take ice from the slopes of Mount Etna during the winter and keep it in storage until the warmer months. In summer they would grate the ice and put it into glasses with fruit juice or coffee or chocolate or jasmine. My favourite is lemon granita. 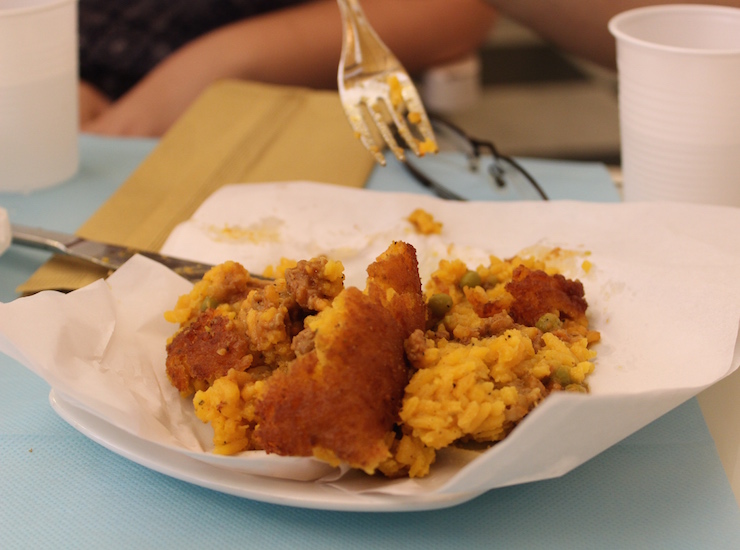 Arancine are fried rice balls stuffed with ragù sauce and peas or butter, mozzarella and ham. They are shaped like oranges (‘arancine‘ means ‘little oranges’) in Palermo but over in Catania they are volcano-shaped, in homage to Mount Etna.

This is a veal spleen sandwich cooked in lard. I didn’t try this because I don’t eat meat but my husband did and said it was better than it sounds. Pane con la meusa dates from the Middle Ages when Jewish people would slaughter animals for people free of charge and then keep the innards which they would then cook and sell on the streets.

Sfincione is a kind of spongey pizza found in Palermo and Trapani. Apparently it was invented in the Middle Ages for people who had no teeth. We tried it on a street food tour in Palermo and it was very tasty.

These are fritters made with chickpea flour and are popular in Palermo. They are often eaten in a sandwich. 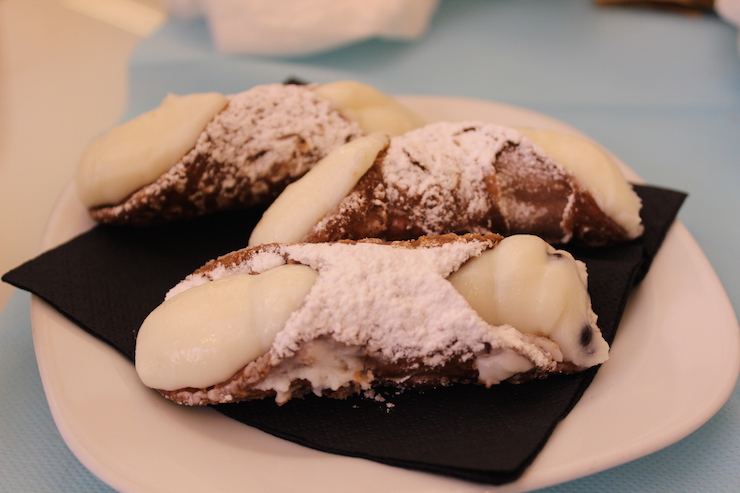 Legend has it that these sweet treats were first created by the women in the Sultan’s harem during Arab domination. The outer shells of cannoli are made of a dough of flour, eggs, sugar and water which is shaped in to tubes and deep-fried. The tubes are then filled with sweetened ricotta or chocolate.

Wherever you go in Sicily you’re never far from an amazing gelato. Gelato is similar to ice-cream but better, I think, especially if you go to one of the many gelataria where they make the gelato themselves. My son and I both loved the ricotta gelato made at the farm which we stayed at near Chiaramonte for a few days. 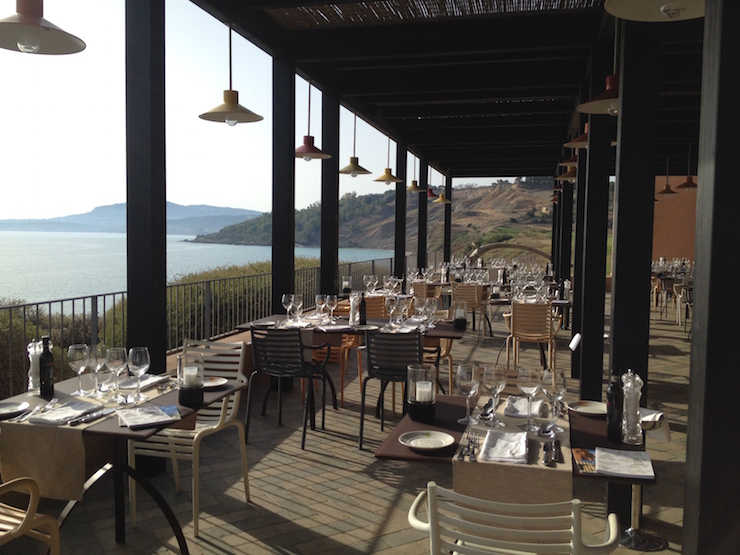 Sicily produces some excellent wines and we enjoyed a Sicilian tasting menu with Planeta wines when we stayed at the luxurious Verdura Spa & Golf Resort. We liked the wine so much that we then went to visit one of the Planeta wineries and bought some bottles to bring home with us.

Here’s a foodie video of our trip.

You can read more about our trip to Sicily by checking out my other posts about Verdura Golf & Spa Resort, staying in a Housetrip apartment, How to drive in Sicily and going on a street food tour of Palermo.

Have you tried any interesting new dishes on your travels?