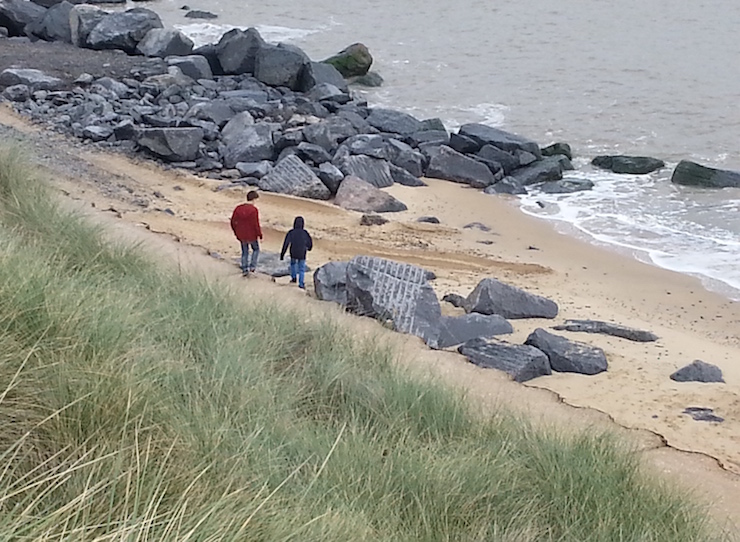 This is a guest post by Anglo-Italian journalist and travel writer Lorenza Bacino.

“My two children (11 and nine) thoroughly enjoyed a fantastic two-day break at Potters Resort on the Norfolk coast this October half-term.

We arrived mid-morning on Saturday, and although we couldn’t check into our rooms till a bit later, we were allowed access to the on-site facilities. The children managed to find their way around the resort quite quickly, but were given a wrist band that had my mobile phone number on it just-in-case!

I was swiftly abandoned in the reception area with all the bags as the ‘cliff-hanger’ (wall climbing to you and me) experience which they’d carefully planned for in advance was about to start. Both had a meticulous schedule in mind and were determined not to miss a thing.

I left them to it and wandered off to get my bearings. I found the resort to be smaller than I’d anticipated and therefore very manageable.  I realised the kids would be fine and well able to find their way around which meant I could relax too and not worry about them getting lost. (They did once, very briefly and only because they didn’t see me behind my newspaper. A kind member of staff returned them to me swiftly and no harm done!)

I found them later suspended in mid-air in a harness and getting to grips with the wall-climbing experience. My eldest said that despite his hands hurting, he just wanted to do it all over again! In fact, the cliff-hanger experience was one of the highlights of our weekend and something which the children went back to again and again.

We were guests in one of the standard bungalows. Our accommodation consisted of adjoining rooms in a bungalow at the far end of the resort. The door opened onto a large field which could be used for football or any other activity you’d care to choose. We were also right next to the coast and the children enjoyed clambering down to the beach and over the pebbles to enjoy views of the sea.

Our rooms also had colour TV and tea and coffee making facilities, a fridge and an en-suite shower. Towels and soap were provided.

There is also a quiet and pretty garden area within the resort, with tables and chairs if you want a quiet place to sit and read. I used the space over our weekend as the weather was warm and sunny. 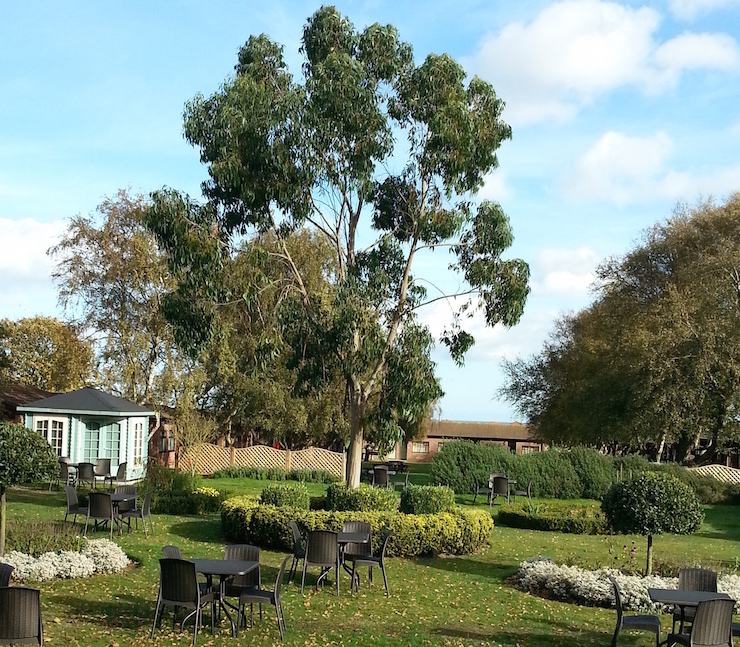 The children were physically exhausted by the evening as they were on the go from 9.30 in the morning.

The inflatable 35 metre assault course was a big hit and had them in hysterics a lot of the time. They raced each other up and through and around a variety of obstacles resulting in them arriving at the finish exhausted, flushed and raring to do it all again!

They both enjoyed a bit of archery and even managed to win a medal and the swimming pool was warm and fun too, although diving wasn’t allowed. There’s a whirlpool, steam room and sauna for the grown-ups and both kids spent a good two hours in the water, generally mucking around enjoying themselves so I could enjoy the bubbles.

The Call of Duty experience saw them joining up with two other children stalking the other team with laser guns. Surprisingly I was feeling competitive here and was hoping they’d prevail over the hidden sniper and the other team. It’s all very gentle really and takes place in the theatre area. The tense atmosphere is created using dry ice, lighting and loud sinister noises. The teams are armed with 76 bullets and have seven lives. Red lights flash on if you’ve been hit. My son found it thrilling trying to stake out the others and also ‘creepy’ as you don’t know where the snipers might be lurking. To his great satisfaction, he was the last man standing after three battles and having ‘taken out’ the other team.

You can just turn up to most of the activities, but there are a few which need to be pre-booked on the day. These include the giant swing. This was great fun and you’re hoisted up to a height of about ten metres, and then suddenly released a bit like a catapult and left to swing gently back down again. It’s quite a short experience but I was reliably informed by my 11-year-old that it’s ‘exhilarating’.

Clay shooting and air rifle shooting also need to be pre-booked and have age restrictions. We also enjoyed table tennis, and the children tried KMX biking both of which take place in the main hall area, alongside the inflatable assault course. There are dozens of activities on offer all the time including bowling, bowls, football coaching, badminton, tennis, squash – to name a few. We were too tired in the evenings to go out, but again, evening entertainment includes bingo, piano music, theatre performances and a late-night disco for teens. 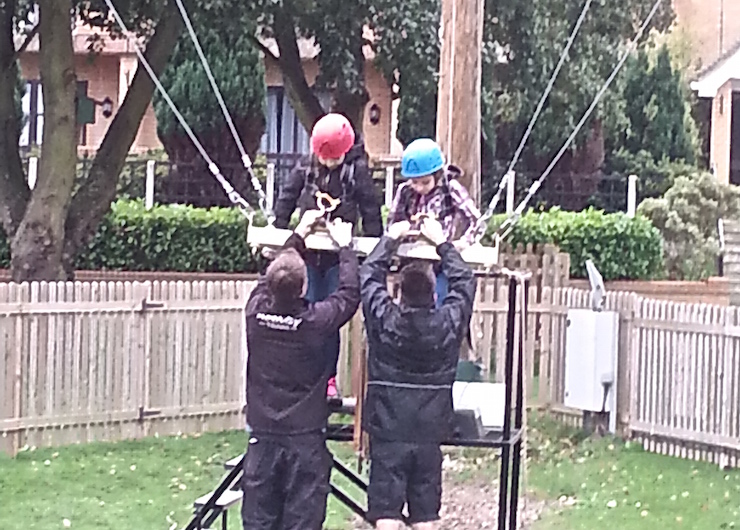 Breakfast, lunch and dinner are served in a two-storey dining hall and at particular time slots. Food is copious. Most tables consisted of family groups of between eight and ten people, some of whom were celebrating birthdays. I would say Potters Resort is good at catering to large family groups.

You’re assigned a table which is yours for the duration of your stay, and you even have the same waiter/waitress which is nice as they get to know you and what your preferences are. Service is quick and efficient. You can choose from a menu but we actually found the buffet and carvery food was much better. Your meals are included in the price and only alcohol is charged separately. There is also a midnight supper available from the Terrace Bar for the diehards with enough energy to keep going into the night. I cannot comment on this as we didn’t make it beyond half past nine! 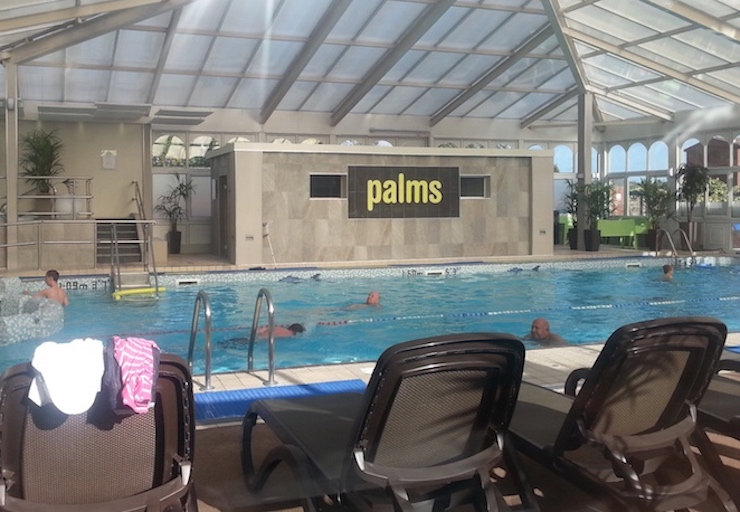 Lorenza and her children stayed in ‘double bungalow plus’ accommodation at Potters Resort for two nights during the October half term holiday. The price of this break is £796 including accommodation, four meals a day, use of the sports and leisure facilities, activities and evening entertainment.