Home / Tips & ideas / Seasonal / The one where we cancel a trip 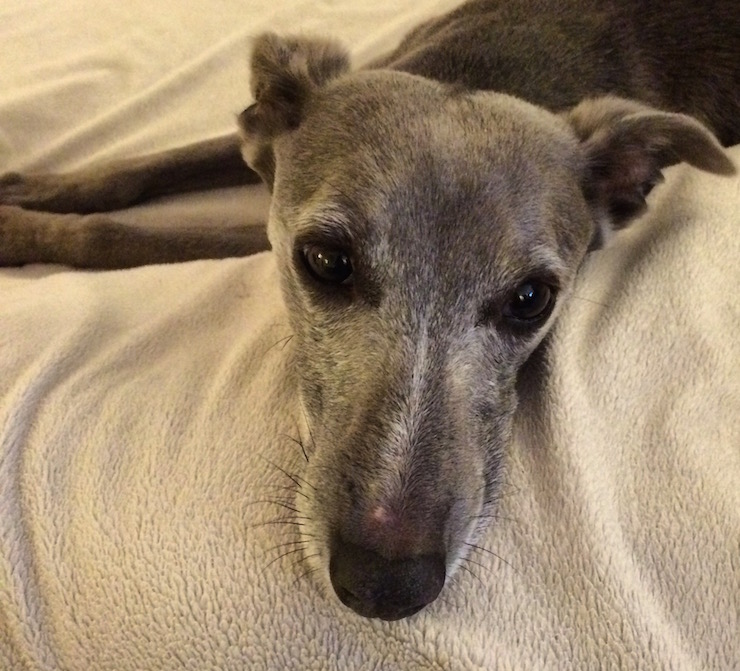 This week I should have been in the South of France with my 12 year-old son. But I’m not. Nor is he. We’re at home with our dog instead.

We’d been invited to go on a press trip to check out the Pierre et Vacances Resort Cap Esterel near Saint-Raphaël. Very nice it looks too, and we were looking forward to going there, especially as the weather was set to be hot and sunny and the swimming pools look fantastic. My daughter was going on a residential school Biology trip and my husband would be working while we were away. I spent Sunday packing and getting everything ready for our trip. On Bank Holiday Monday morning we were due to catch the train from Ebbsfleet in Kent to France.

While I was packing my son was coughing and scratching his arms. He’d had a cold and a sore throat for a week which had exacerbated his asthma. He also had a dotty rash on his arms which I couldn’t identify. It didn’t look like anything serious so I wasn’t worried about it.

But by 10.30pm I had started to worry. My son had been asleep but came to find me because his asthma was bothering him. His cheeks were bright red and he had a raised, bumpy rash across his face. I calmed him down and gave him his inhalers and some paracetamol and he went back to bed.

My kids have had all of their vaccinations and have both had chickenpox but neither of them have ever had a rash like he had that evening. I searched online for his symptoms (never a good idea and not recommended) to find out what he might have and settled on a virus called ‘slapped cheek syndrome’ which the NHS website says is a mild condition which doesn’t need treatment. This reassured me but I still tortured myself by researching childhood rashes for a little longer. I discovered that 1% of people who have had the MMR vaccine can still get measles, thanks to everyone who doesn’t have their kids vaccinated and relies on herd immunity to protect them from this illness instead. The NHS website says that measles is ‘a highly infectious viral illness that can be very unpleasant and can sometimes lead to serious complications.’

The next morning when I got up my son didn’t appear demanding food as he usually does the minute I get out of bed. I showered and dressed and then went in to his room to find him. He was fast asleep. I put my hand on his forehead. He felt hot but his cheeks weren’t as red as they’d been the night before. He woke up and we looked at his rash. It still covered his face and arms and had now spread down his legs and onto his feet and was particularly angry around his heels. He still had a cough and was very distressed about the rash. I had no idea what the rash could be and I was worried about taking him to France in case he had a horrible illness which he could pass on to others, especially as we’d be spending all of our time with the other children who would be on the trip with us. But I felt terrible about letting down the PR who had invited us on the trip. I knew that she would have had a certain number of places on the trip and that she would have worked hard to find the right journalists and bloggers to go on the trip for her client.

I felt torn between my work and my child but I decided that we couldn’t go to France without seeing a doctor first. The PR was already on her way to meet the rest of our group at St Pancras Station in London when I phoned her to explain and to apologise. She took it very well. She even texted later to suggest that we could possibly join the trip the following day if my son was OK and she asked me to let her know how he was.

As it was a Bank Holiday Monday our local GP surgery was closed but their website told me to call the NHS 111 service. We ended up at the out of hours GP service at our local hospital. When we arrived at the hospital I was surprised, and my son was mortified, when the receptionist gave him a plastic cup and a pot and told him to produce a urine sample. He kindly gave me the sample pot to hold once it was full.

A few minutes later we were called to see a doctor. She wasn’t interested in the urine sample and told me to put it in the bin. She looked at my son and pronounced that the rash was dermatitis and not contagious. She said that the cough was just a coincidence. She gave us a prescription for some soothing shower cream and moisturiser and that was that. I felt relieved that the rash was nothing serious but I also felt guilty because we could have gone to France that morning.

My son was still worried about the rash and didn’t believe the doctor’s diagnosis – I think that the urine sample episode had dented his faith – but my husband, our daughter and I persuaded him that it would be fine to go to France. I messaged the PR and her colleagues to tell them the news and to say that we were still available to join the trip if they wanted us to. But the trains and flights had limited availability and high prices because it was the school holidays so in the end it wasn’t possible for us to go.

So we’re having a quiet week at home with a day trip to London and time to catch up with friends and cousins. My son still has the rash but it’s fading gradually. I feel terrible to have let down the PR by pulling out of the trip. I’ve never done that before and I hope that I never have to do it again but I really don’t think that we could have gone on the trip without having the rash checked out.

What do you think? What would you have done in my position?