Home / Tips & ideas / Seasonal / Things to do in London with kids: May 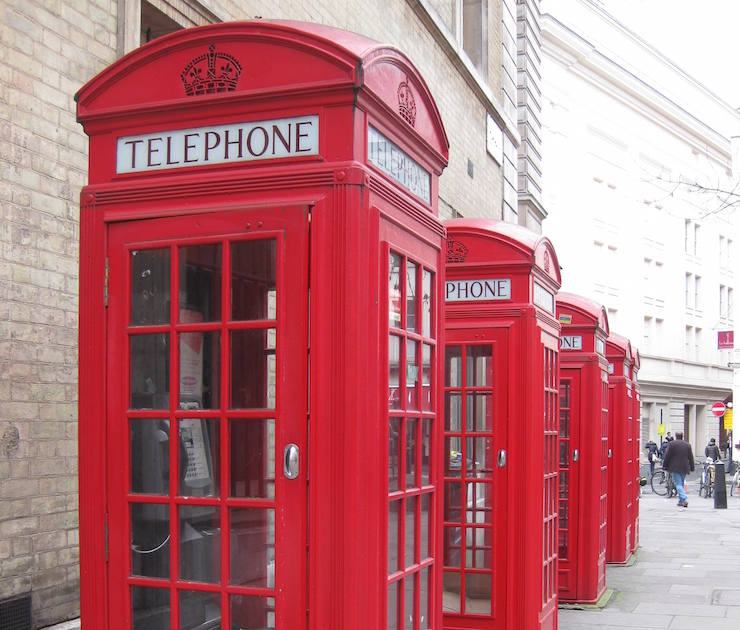 There are always loads of great things going on in London for families with children. Here are some of the best things to do in the capital this month.

The Sensational Butterflies exhibition is in a tropical butterfly house at the front of the Natural History Museum. Inside the exhibition you can walk amongst free-flying moths and butterflies from around the world. There are also interactive displays and games where you can learn more about these creatures. While you’re there you can also check out the Natural History Museum itself – it’s free to enter.

Cost: Entry to Sensational Butterflies costs £6.50 per person, children of three years old or under are free. Entry to the Natural History Museum is free. 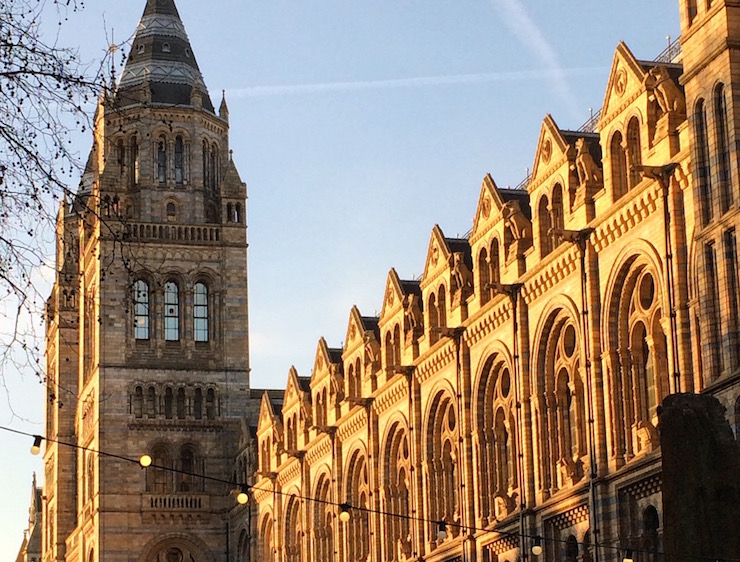 The Udderbelly Festival is back at the Southbank Centre for its sixth year and is running until 19th July, 2015. The temporary venue next to the Thames centres on a giant, purple, upturned cow and is host to a comedy and cabaret festival. There’s a kids’ comedy club, circus performances, theatre shows, food stalls and much more on offer.

If you buy a ticket to see The Twits with your kids at the Royal Court you can also take part in a free, interactive Twits family workshop for 8-11 year-olds. The workshops focus on the art of storytelling. You don’t have to go to the workshop on the same day that you go to The Twits performance.

Cost: Free with your ticket to The Twits.

Following the release of the Shaun the Sheep Movie you can find Shaun around London (and also Bristol). From now until 25th May, 2015 there are fifty individual sculptures of Shaun in iconic locations around the capital (we found this one at the Tower of London). The sculptures have all been decorated by artists, designers and celebrities. Once the Shaun in the City trail has ended the flock will be auctioned to raise money for children in hospital in the UK. 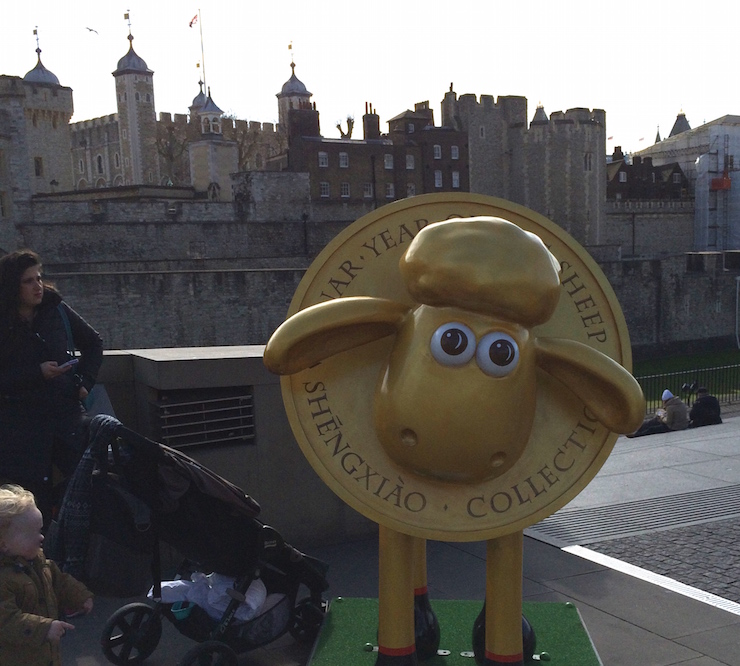 The London Pet Show is on at the ExCel centre from 9th – 10th May. The show promotes responsible pet ownership and has events such as Rabbit Show Jumping, Doggy Dancing, Duck Herding, Agility & Obedience displays as well as expert talks and many more activites.

There are events going on across the UK to mark the 70th anniversary of Victory in Europe Day. One of the highlights is a Service of Thanksgiving at Westminster Abbey at 11am on Sunday May 10th. You can’t go to the service unless you’re the Queen or you’ve been invited but afterwards you can watch a parade of around 2,000 Service personnel, veterans and their guests as they march from the Abbey to Horse Guards Parade. There will be a flypast over Central London by the Red Arrows.

Monski Mouse’s Baby Disco Dancehall is a disco for the under-fives. Led by Australian DJ Monski Mouse little kids can hit the dance floor with their parents on Sunday 10th and Sunday 31st May (and on other selected dates until the end of September) at London Wonderground at the Southbank Centre. The disco lasts for 50 minutes.

Cost: From £9 per person including a £1 online booking fee.

From 15th May – 14th June J.M. Barrie’s Peter Pan is showing at the Regent’s Park open air theatre. The award-winning theatre is a cultural fixture of summer in the city. The play runs for two and a half hours and is recommended for children who are at least nine years old.

Cost: Varies according to seat and date.

Museums at Night is an annual UK-wide festival which seeks to encourage visitors into museums, galleries and heritage sites by putting on special evening events. This year the festival is running from Thursday 14 – Saturday 16 May. Some of the events are great for families. The Royal Artillery Museum has an evening of activities such as military drilling and medal-making followed by a sleepover planned for May 16th. The William Morris Gallery is running an evening of art and craft activities, a show and a sleepover on May 16th for children from eight to 12 years old.

In 1940 700 small civilian boats made the dangerous crossing from Ramsgate in England to Dunkirk in France to rescue British and French soldiers who were trapped on the beaches. More than 20 of the original Little Ships will be in London’s Royal Docks on May 16th-17th before they set off for Dunkirk once more. The ships will parade around the docks during the evening of Saturday May 16th and you will be able to go on board some of the ships and also go on boat trips around the docks.

Cost: Free to watch the parade, £10 for adults and £5 for children to go on a boat trip.

From 23-25 May and 29-31 May 2015 kids who visit The Tower of London can take part in Story Scramble. In this interactive trail and game some of the Tower’s stories have been mixed up and need to be put back together again. See if you can connect the pieces as you explore 1,000 years of history at this historic Royal palace.

The Isis Education Centre in Hyde Park is hosting a day of hedgehog themed activities during half term week on Thursday 28th May from 11am until 3pm. Activities include hedgehog craft activities, a discovery trail, the chance to learn how to use use radio tracking equipment (over 8’s only), and designing hedgehog habitats.

This one’s for older kids….Science Flicktion is a series of movies with science commentary. On 15th, 16th and 17th May Pop Up Screens will be at The Chelsea Old Town Hall with scientists and comedians on hand to discuss the science involved in a series of films. Apollo 13 (rating PG) is showing on Saturday 16th May at 1pm. Scientists Dallas Campbell (Gadget Show, Bang Goes the Theory and Horizon presenter) and John Chase (CBBC presenter) will be there. They’ll be joined by Helen Keen who hosted the first ever comedy night at CERN.

Kids travel free of charge or at discounted rates on public transport in London. There are more details here. If you’re looking for family-friendly accommodation in London you can read my round-up here.

Do you have any plans for a family trip to London? What are your favourite things to do in London with children? This is a regular, monthly feature so do tell me about any events which you think that I should include in future.