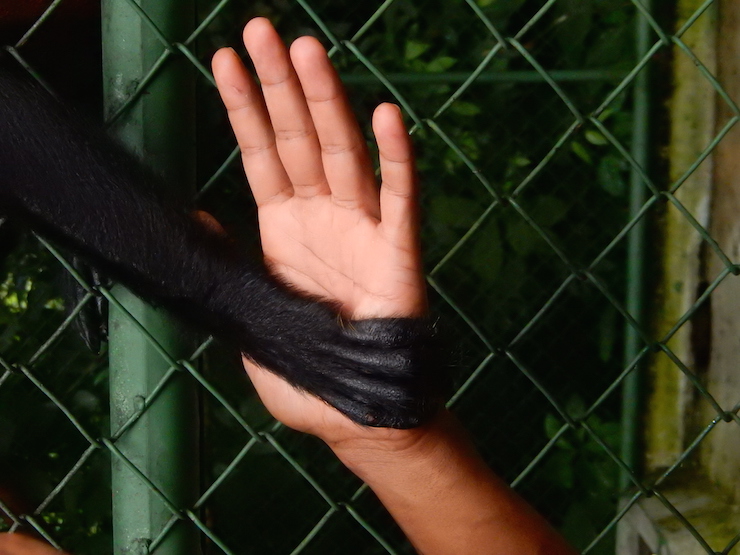 This is a guest post by Anglo-Italian journalist Lorenza Bacino. In August Lorenza, her husband and their son, aged 12, and daughter, aged 9, went to Costa Rica in Central America for their family holiday and it sounds like they had a brilliant time. Lorenza is writing a series of articles for Mums do travel about what they got up to and this is her second post about the trip.

“Did I mention that we had the holiday of a lifetime in Costa Rica this summer? Well, if you read my earlier post on the Parador Resort Hotel, you’ll remember that this is where our adventure began. And after a couple of gorgeous nights there, it was time to move on.

Given the abundance of nature and wildlife, what better place to take children who are animal mad and what better activity to get stuck into than volunteering in an animal rescue centre? We did this midway through our adventure and I’ll talk about all the other things we did and saw in my next post. But for now I’ll tell you about the volunteering.

Hands up Holidays, which specialises in combining eco-travel, adventure, and an element of volunteering, had arranged for us to work in an animal wildlife sanctuary in the Arenal area of Costa Rica.

We spent 3 days working there and stayed in a hotel about a half hour drive away. Hotels in Costa Rica can normally organise transport to and from activities. The other alternative for volunteering is staying with a local Tica host family. Many of the teenagers working at the sanctuary were doing this and practicing their Spanish at the same time, as well as enjoying the white-water rafting, hanging bridges, zip wires, and all the other adventure activities you can do in Costa Rica. Here’s what happened to us!

That’s what the staff showing us round explaining the stories behind all the animals at the sanctuary told us in front of the monkey cage. And lo and behold, the next day when volunteering and cleaning out their cage, my headband was swiftly whipped away. I looked up and saw it was now loosely over the eyes of one of the white-faced monkeys. The children guffawed, I spluttered with laughter as more monkeys jumped on my head and shoulders and their tails found their way into my mouth and down my t-shirt! 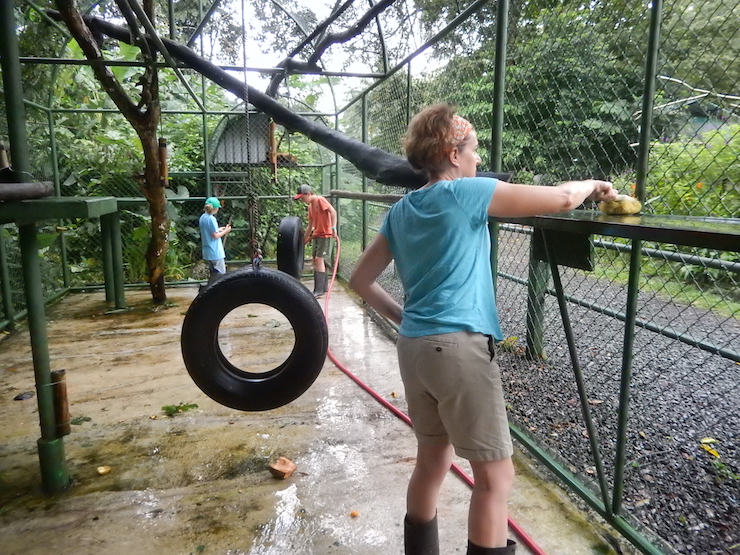 Proyecto Asis wildlife rescue centre is in the inland Arenal area of Costa Rica and it relies on visitors and volunteers for funding. It’s been going for the past 15 years and is run by Adriana Aguilar Borbon and her husband Alvaro. They have 10 staff working here including a vet, Francisco Sanchez. There are approximately 70 rescue animals at the sanctuary including about 50 parrots, 14 monkeys, three hawks, an ocelot, a few peccaries (native wild pigs) and others.  Only 12 volunteers are allowed to work at any given time, as the sanctuary is quite small. Animals are brought in on a daily basis. Some have been run over, some have grown too big so people can’t look after them anymore, and some of the raptors have been shot. That’s because they kill farmers’ chickens, Francisco tells me.

Adriana talks passionately about their work. ‘Environmental education is what we are about here. We want people to see and understand the negative impact of smuggling and trafficking on wildlife and how introducing alien species upsets our biodiversity. Ours is not a place to come and see an animal show,’ she tells me firmly.

Their goal at Proyecto Asis is to spread the word that it’s not OK to keep native wildlife as pets and their aim is to re-wild as many animals as possible in order to release them. This is not always possible and some animals will live out their days at the refuge as they have been domesticated or injured in captivity and would not survive in the forest.

We learn a lot during our few days here. We learn the stories behind the many parrots, monkeys, peccaries, the ocelot, the baby porcupine and others. Francisco the vet tells us that most people are not truthful about the circumstances surrounding finding an animal, as they know it’s illegal to keep wild animals as pets.

‘The animals are not here because we want them,’ he explains, ‘but because people do not know how to behave around them’. His job entails working out what has really happened and what is the best way forward for each animal. ‘It’s a lot of guess work and improvisation as 99.9% of people lie about where the animals have come from.’

Francisco shows us around his injured animals. He has many birds, a baby guri with a broken leg, and even some domestic animals including a tiny rabbit and a kitten. He will try and find homes for the domestic animals too.

‘It’s a challenge,’ he tells us, ‘as I never know what will come in and what injuries I’ll see. I have to read a lot and adapt the information I have to the animals that arrive here. I always try to save them, no matter what’.

The best reward for Francisco is when he can release animals back into the wild. ‘That’s my greatest satisfaction,’ he smiles.

As a family, we learn to collaborate as we volunteer. We team up to clean out cages, we hose and scrub them down and feed the animals. I thought the children would find this hard, hot and smelly. But they did not. They found it utterly rewarding and fun. 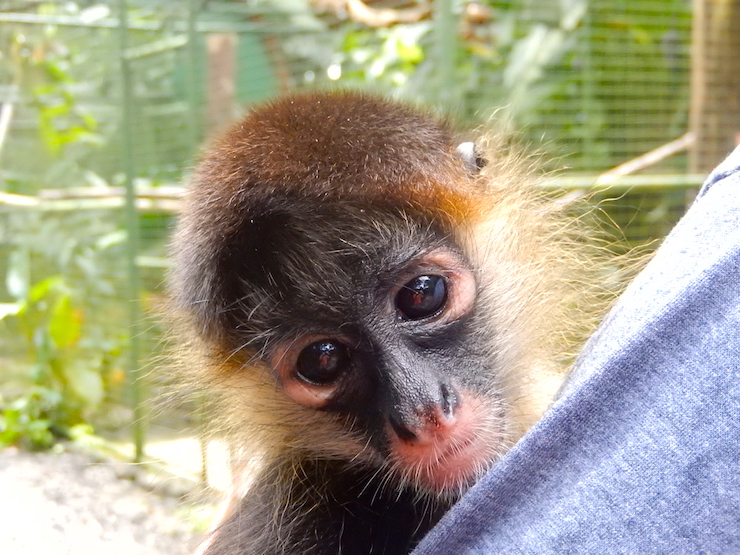 My nine year-old declared it ‘better than housework’ as she gleefully sprayed water over the floor of the cages (and over our wellie boots).

Mostly the children loved interacting with the animals, learning and understanding about them. My daughter adored making toys for the cages out of bits of twine, scraps of wood, bamboo and spare corks. In the space of a couple of hours we built and painted a new wooden house for the baby porcupine.  Here it’s all about practicality and creativeness and how to make the best of what’s available. It was hugely satisfying to see the results of our work at the end of the day and see the baby porcupine disappear into the snugness of her new home.”

Lorenza’s family trip was organised by Hands up Holidays, which specialises in voluntourism. Hands up Holidays can tailor-make your trip according to your needs and travel requirements and all trips include an element of volunteering in the countries you visit, depending on your skills and interests.

From May 2016 you’ll be able to fly directly from Gatwick to Costa Rica with British Airways, twice weekly. Until then, flights are via the US and include Virgin and Delta.

Disclosure: Lorenza and her family were guests of the ICT Costa Rican Tourist Board on this trip for review purposes.