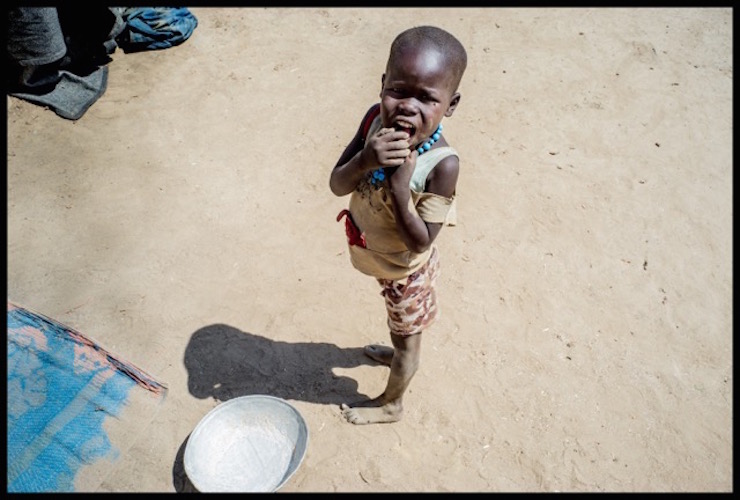 When, as often happens, my kids aren’t keen on the meal which I’ve made them, I’m really irritating. I either a) invite them to take over the duty of cooking for the family whenever they feel like it or b) tell them about the millions of hungry children around the world who would love to be eating the very meal which they object to.

But, irritating as I am, there really are millions of hungry children around the world, including right here in the UK. In fact, this year alone more than three million children will die because they don’t have enough food, according to 22 of the highest profile chefs in the UK.

Jamie Oliver, Ken Hom and Angela Hartnett have joined forces with other top chefs and charity Action Against Hunger to call on Prime Minister David Cameron to pledge a further £530 million to combat child hunger in the world’s poorest countries, at this summer’s Nutrition for Growth Summit in Rio De Janeiro, Brazil.

The chefs have signed an open letter to David Cameron stating: “It’s a scandal that in 2016 over 3 million children will needlessly die because they don’t have enough food, simply because of where they were born.”

The letter continues: “In the UK, too many children suffer from irreversible health issues as they are affected by being overweight or obese. Millions are being robbed of their potential because of malnutrition, both here at home and abroad.”

Ken Hom (OBE), celebrity chef, author and Action Against Hunger ambassador, said: “It’s an absolute travesty that in this day and age a child dies from hunger every 10 seconds simply because they don’t have access to nutritious food. That is why I am joining chefs across the country who are uniting to turn our passion for food into a voice for change.”

The world is gearing up for this summer’s Olympic Games in Rio where world leaders will gather at the Nutrition for Growth summit to celebrate progress in the fight against child malnutrition and to make new commitments to drive the world towards an end to malnutrition within a generation.

Malnutrition is responsible for 45 per cent of preventable child deaths – making it one of the world’s most significant development challenges. Yet it receives only 1 per cent of all global development assistance.

Jean-Michel Grand, Action Against Hunger’s Executive Director, said: “With the new global goals we have, for the first time ever, a global commitment to end malnutrition in all its forms once and for all – and within our lifetime. As part of this the UK Government has committed to improving the nutrition of 50 million people by 2020.

“This is a huge jump in ambition from previous years, when the UK successfully supported 20 million children with nutrition interventions, which should be praised. Now is the time for the Prime Minister to set out a road map of how he is going to achieve this and what money he will put behind this to deliver his plan, providing a healthier and brighter future for the next generation of children.” 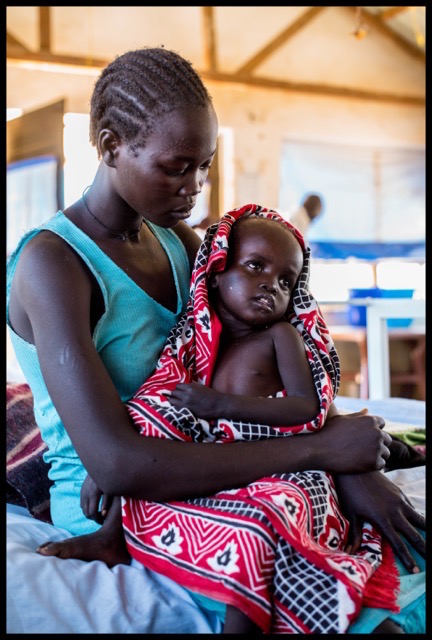 Avpai Agongi with her son Akur Akuer on a bed in the Action Against Hunger Aweil Stabilization Centre, South Sudan. Copyright Andrew Parsons.

To find out more about the work of Action Against Hunger, you can visit their website.