Home / Competitions / Who gets to keep our Jurni suitcase? You decide 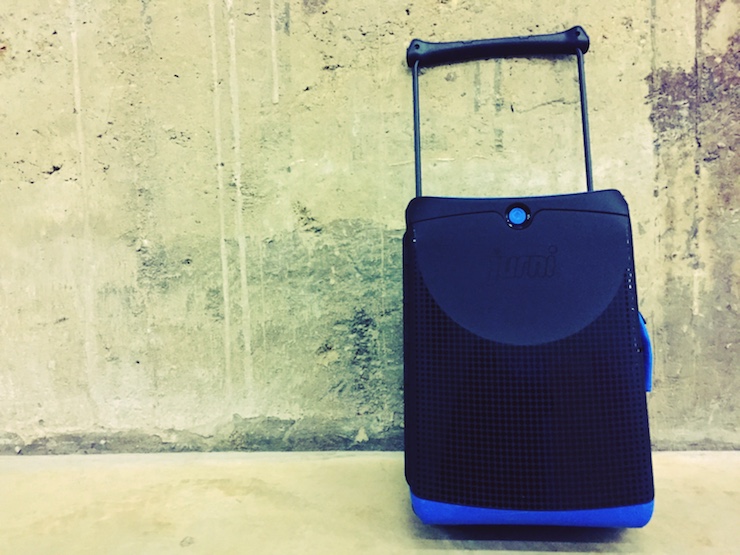 So, we have a dilemma in our house, and I need your help to solve it. I’ve been sent a Jurni suitcase to review, and my 13 year-old son and I both want it. To be fair, my son was the intended recipient of the suitcase. The Jurni was designed with teenagers in mind, by the Trunki people, and it has lots of features which appeal to him. He’s decided that it’s his and he’s taking it on his football tour next year.

But there’s lots that I like about the Jurni suitcase too. To start with, you can sit on it – it has a little seat on its top side, perfect for when you’re queueing, or waiting somewhere, or watching an amazing performance by a man breathing fire from a brass instrument while playing it (watch the video below to see this actually happening).

It also has a handy detachable pod which is ideal for holding your bag of mini bottles of liquids to whip out for scanning at airport security. 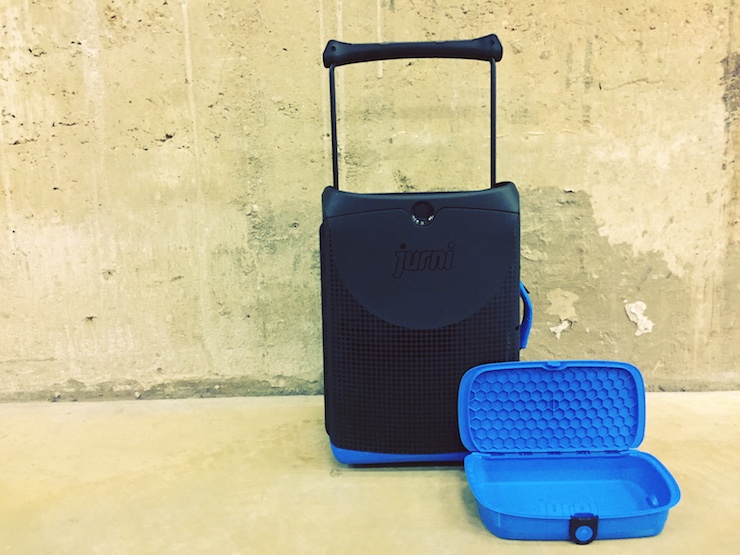 And it has an internal divider which you can use to make a hidden compartment at the bottom or to make two sections within the case. 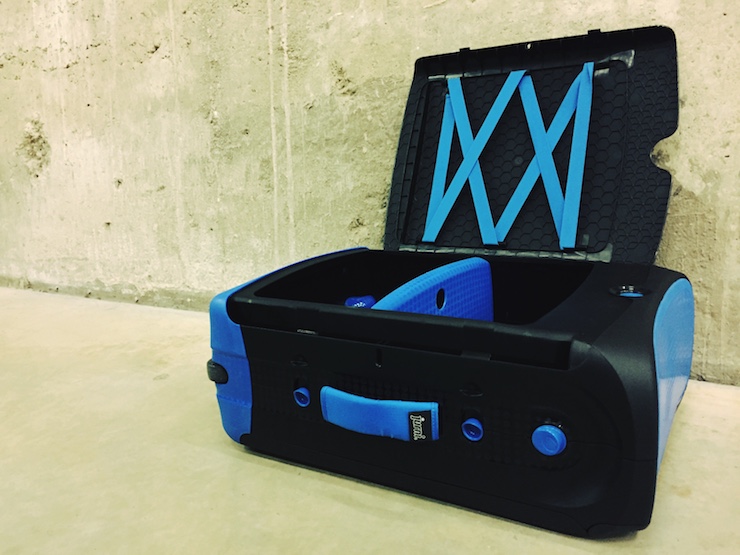 But best of all is the glide feature. Yes, you can actually sit on it and gently scoot yourself along. I know.

When I told my friend Lara about the Jurni, she said that we should test out its glidiness in the Turbine Hall at London’s Tate Modern. The Turbine Hall is a vast space which hosts large scale contemporary works of art. It has a dramatic entrance and a big long slope inside it. Perfect for gliding down, as you can see in this video which Lara made.

For me, the only drawback of the Jurni is that, unless you’re on a smooth surface, it’s quite noisy as you drag it along. I think that this is because it’s made entirely of plastic. Despite this, I’d still like to keep the suitcase, and its seat, for myself.

So, who do you think should keep the Jurni, me or my son? Do let us know by leaving a comment below. And if you’d like a Jurni suitcase for yourself, there’s one up for grabs for a Mums do travel reader.

If you’d like to enter to win a Jurni suitcase:

This free prize draw is run by Mums do travel and the prize is one Jurni suitcase, provided by Jurni. No purchase is necessary. The closing date is 21st November 2016 at 12.00 am. One winner will be picked at random using Rafflecopter, and will be notified within 7 days of the closing date by Mums do travel. In the event that the winner does not respond within 14 days of notification, Mums do travel reserves the right to re-draw the prize. There are no cash alternatives. Jurni will send the winner the Jurni suitcase. Entrants must supply a valid email address. The winner must supply a postal address in order to receive their prize. UK entries only. 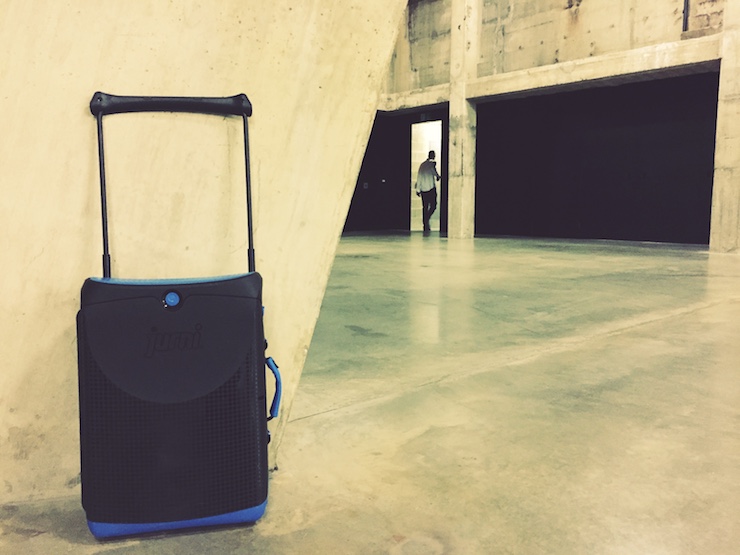 Disclosure: This post is sponsored by Jurni. Jurni suitcases cost £79.99 with free UK delivery, and are available in blue, pink and red. Also, I’m definitely letting my son keep our Jurni, because it was actually sent for him. But I may borrow it occasionally!