The National Trust looks after hundreds of properties throughout England, Wales and Northern Ireland, preserving them for all of us to enjoy. If you’re looking for inspiration for a family day out, check out the National Trust website. The charity cares for everything from historic houses, castles and villages to forests, gardens and beaches, and offers many activities for families, particularly during the school holidays.

The National Trust have given me four Family Admission Passes to give away to Mums do travel readers. As this is Visit England’s Year of Literary Heroes, and many of the National Trust’s properties have literary connections, I’ve picked out eight great National Trust places for you to visit for a family day out with a bookish twist.

Hill Top is in the Lake District and is author Beatrix Potter’s former cottage. Beatrix Potter used the royalties which she earned from her Peter Rabbit story to buy Hill Top, and the garden layout reflects Peter’s famous adventures with Mr McGregor. Tom Kitten, Samuel Whiskers and Jemima Puddleduck were all written at Hill Top.

Bateman’s is a Jacobean house in East Sussex, in the South of England, and was home to writer Rudyard Kipling. Kipling’s works include The Jungle Book and Just So Stories, and he was awarded the Nobel Prize for Literature in 1907.

Bateman’s, the Jacobean house that was the home of Rudyard Kipling from 1902 to 1936, set in its garden in the countryside at Burwash, East Sussex ©National Trust Images:John Miller

Arthur Ransome took inspiration from Coniston Water for his book Swallows and Amazons. The Lake District location was used for filming for the 2016 adaptation of the book.

Knole House in Sevenoaks, Kent, was used as a film location for Sherlock Holmes: A Game of Shadows, released in 2011. The Stone Court at Knole became the courtyard of a Swiss castle in the film following the famous detective in pursuit of Professor Moriarty.

Antony House in Cornwall is a beautiful Queen Anne building, with sweeping landscaped gardens. It is the home of the Carew Pole family and was used as a film location for Tim Burton’s Alice in Wonderland, released in 2010.

Lavenham Guldhall in Suffolk is a timber-framed Tudor building, and it was used as Harry Potter’s derelict childhood home in Harry Potter and the Deathly Hallows Part 1, which was released in 2010. 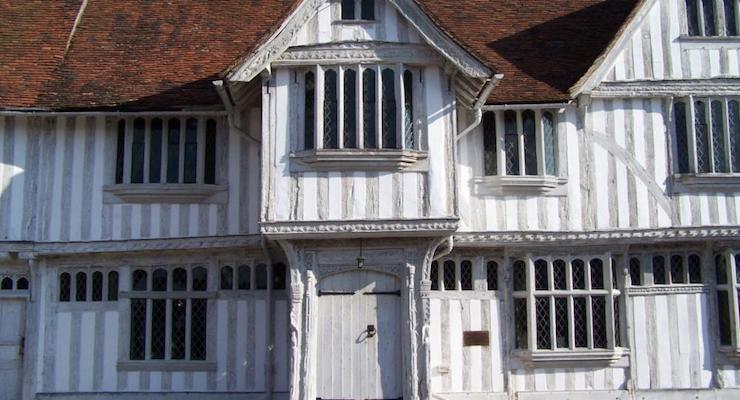 Brownsea Island in Poole Harbour, Dorset, was Enid Blyton’s inspiration for Whispering Island which features in her Famous Five books.

The history of The Vyne, Hampshire, starts with royal Tudor beginnings – its chapel was once visited by Henry VIII. Its gardens and woodlands are great to explore, and one of its exhibits is a solid-gold ring dating from the fourth or fifth century which is said to have inspired J. R. R. Tolkein’s ring in The Hobbit and The Lord of the Rings books.

A National Trust Family Admission Pass gives you, two children and one other, one free entry to any National Trust place during normal opening times – except for certain properties which are listed on the pass. The passes are valid until 31st December, 2017, and the National Trust has sent me four of them to give away.

If you’d like to enter to win a National Trust Family Admission Pass, this is what you need to do.