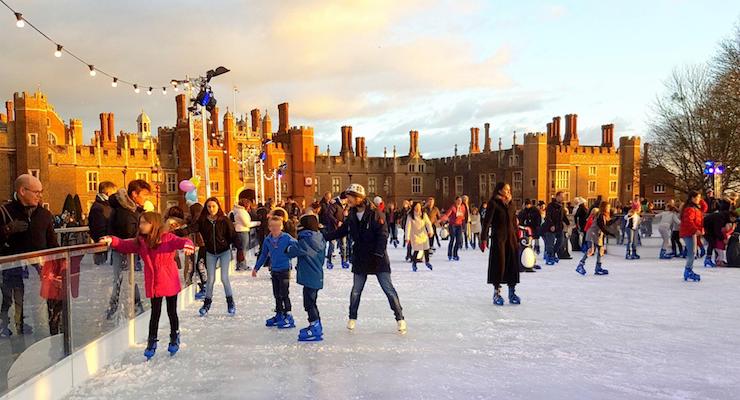 This is a guest post by Cathy Winston of MummyTravels.com. Cathy’s an award-winning travel writer and editor and her blog focuses on her travels with her young daughter.

When is the best time to take your kids ice skating for the first time? For the past few years, as London’s wonderful winter rinks have popped up around the capital – including the Natural History Museum and the Tower of London – my daughter has asked if we can go too?

Each time I’ve replied that we should go next year when she’s ‘bigger’. Now at the grand old age of five and a half, we decided to take the first wobbly step at the launch of this year’s Hampton Court Palace ice rink. One of our favourite places, where she’s explored the Tudor palace dressed in purple velvet robes and delivered a very stern verdict on Henry VIII’s head-chopping tendencies, it’s a magical place to skate. With the palace lit up in the background and carols and Christmas tunes drifting over the ice rink, it put me straight into the festive spirit, forgetting To Do lists and present-buying entirely. 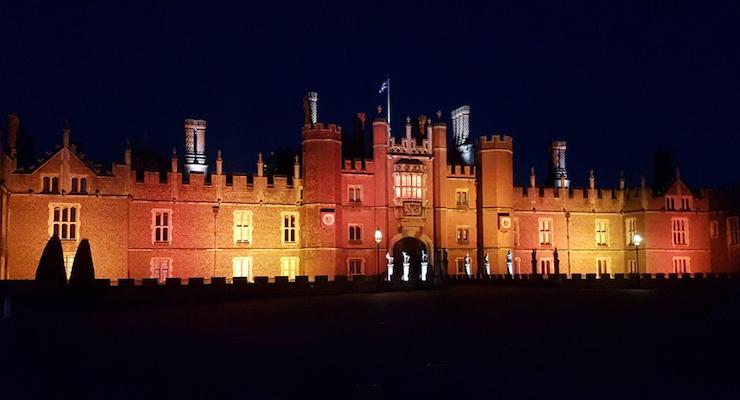 Tickets are all for a timed 45-minute slot – ours was around sunset – so we had time to wander around the viewing platform for the rink before picking up our skates. Sizes start from a children’s size eight, and my daughter certainly wasn’t the youngest to be venturing out. There are also penguin skate aids – these are an additional £5 (the site asks for cash, but we saw people paying by card) and it’s first come first served, with no option to reserve them so worth getting to the front of the queue. Fortunately we managed to snag one of the last ones and ventured out onto the ice; as I skate around once a year at Christmas, I was glad of the penguin myself to get started!

I won’t claim my daughter is set to be the next Jayne Torvill – one lap and one mini fall was quite enough, leaving me to skate ever more confidently around as she watched from the side. Even my own sudden loss of balance while gazing at the illuminated palace couldn’t wipe the smile from my face (or only briefly). Then it was time for hot chocolate in the small café next door. 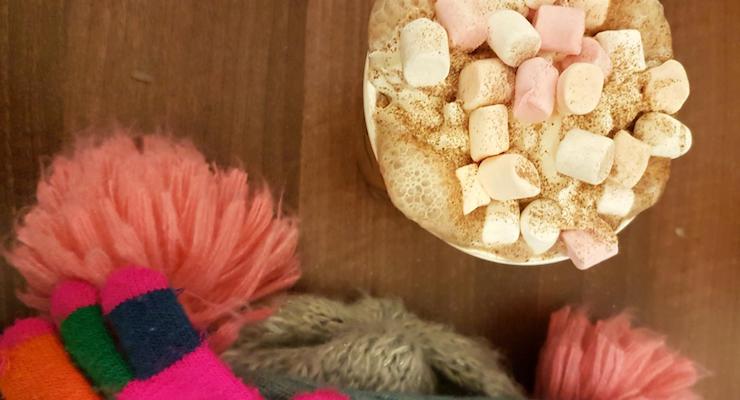 Thronged with skaters warming up after their session and a menu which didn’t quite live up to its promise, this was the only letdown of the day. Next time I’d be tempted to cross the river to one of the many cafes in Hampton instead. Who knows, perhaps next year my daughter will even be persuaded to do a second lap! But for a first – or fifteenth – experience on a rink, skating in the shadow of 500 years of history is hard to beat. 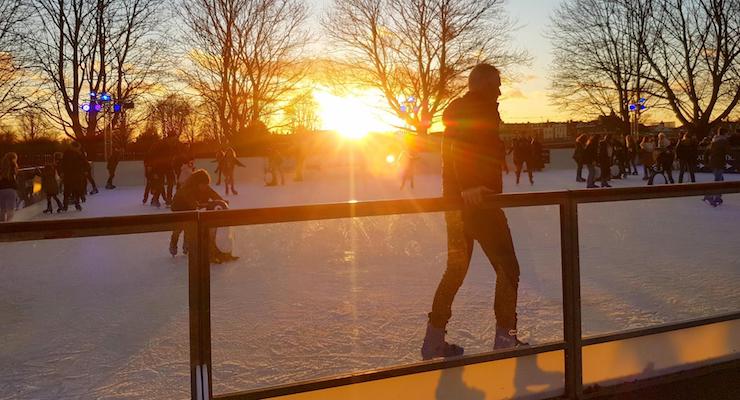 The ice rink will be at Hampton Court Palace until January 7, 2018. Tickets cost £14 for adults and from £10 for children. Family tickets are also available for £40. Lockers and a cloakroom are available for £2 each, and no bags are allowed on the ice.’