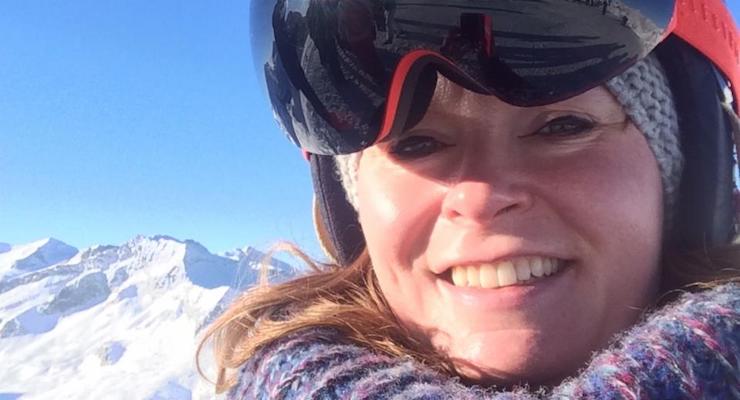 Nell at 3,000m above sea level, on top of the Presena Glacier. Copyright Nell Heshram

This is a guest post by Nell Heshram, a travel writer and blogger who lives in London with her partner and two young children.

Learning to ski as an adult

‘When is it too late to learn to ski? A few people asked me that question before we headed off on our recent trip to Passo Tonale

in Italy, with Crystal Ski. And my answer would probably be: never. So long as you’re fit enough to climb a steep flight of stairs rapidly, then my guess would be that you can pick up at least the basics of skiing.

I began to learn at the age of 32. Which isn’t that old, in the general scheme of things – but then, I’ve never been an athletic type. Despite weeks of lessons, the co-ordination needed to play tennis still escapes me, and I have a mild flutter of panic every time someone expects me to catch a ball. But there’s something uniquely pleasing about being out on a mountain, sliding around with sunshine on your face and acres of soft, crunchy snow spread out in front of you. Which is why I found myself at Passo Tonale, in the lower intermediate group at the age of 42, still trying desperately to coax my body to lean forward into the turns. When everything in my mind was telling me to lean back, hard. I mean, leaning forward as you launch yourself down a slippery cliff isn’t natural, is it?

Luckily, my ski instructor Tiziano – a young local who was part of the Tonale-Presena school, and had lived in the area for most of his life – picked up on my fear. When I arrived at the foot of a blue slope, after the nine other learners in my group, he made sure we were the only two people on our chairlift back up to the top, and gave me what I can only describe as a mini ski-counselling session.

“You need to not be afraid. You do yoga? Just like in yoga, you need to breathe deeply when you turn. You go to turn, you take a deep breath – in, out – you lean forward, you have more control over the skis. Once you move through this challenge, then you will see: it becomes easy.”

This advice was something I’d never heard before, on my three previous trips. I wouldn’t go so far as to say that breathing through the turns turned me into a fearless ski hound, but it did give me a huge boost of confidence. 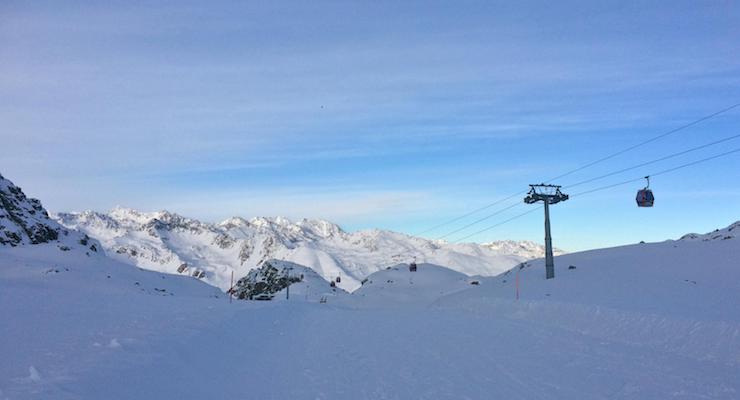 Passo Tonale is in the Italian Alps, on the Lombardy/Trentino border, less than three hours from Verona airport. Passo Tonale’s ski school runs for either three or six mornings, and the instructors take groups out in all weather – the only exception being when it’s so bad that the 100km of pistes in the Pontedilegno-Tonale ski area have to close. So, on day two of our trip, I found myself skiing through fog so thick that I couldn’t see more than two metres in front of me. Tiziano had warned me about the bad weather. He told me that, the week before, only two beginners turned up for a class in heavy snow. One of these was a man in his mid-fifties, who’d never skied in his life, and Tiziano was full of admiration for the man’s pluck and courage.

I kept this in my mind as I waded through fog down a blue slope, trying desperately to keep close to the classmate in front of me. The experience was a little like being in a sensory deprivation tank. If you let the person in front of you get too far ahead, they faded away, and disappeared. Skiing along, not knowing what was in front of you was disorientating; you couldn’t see where the piste ended, what sort of terrain you were skiing over (a few of my classmates fell on the bumps), or who was around you. When I lost sight of my classmates and couldn’t see anything, a giddy feeling began to overtake me, and my skiing slowed right down to a crawling pace – not good for being able to control the skis.

This all sounds as though it was unpleasant. I have to admit, my heart was pounding a lot harder than usual, and the wobble of my legs at the end of a run was more jelly-like than I’d have liked. But the experience was strangely empowering. Tiziano was confident that we could make it down these runs. He told us to stick together, and we did, helping each other up on the rare occasions when someone took a tumble. And, although I decided not to try and ski without Tiziano in the afternoon, when the fog lifted the next day, skiing felt a lot easier for having been so hard.

This mist-bound ski session set us up well for our final day, when we skied on the Presena Glacier. Standing at 3,000m above sea level, the glacier has commanding views of the Adamello Mountain range, and is divided into blue, red and black runs. It was stunning – the highlight of my trip, and something I’d love to do again. A few from our group tried the reds, and one man (also in his fifties, but a novice like me) skied the black with Tiziano. The rest of us stuck to the blue, then took the twelve-minute gondola ride down, peering out of the panoramic windows to try and spot our classmate. We beat him down, but only just. I have no doubt that on his next trip he’ll be galloping down the blacks in a blink of an eye.

So, would I recommend learning to ski later in life? Yes – but expect the pace at which you pick it up to be a lot slower than a youngster’s. It’ll also depend on your general level of fitness, how sporty you are, and how good you are at managing fear – or putting it competely aside. There are some things you can do to prepare, which will help. Most important of all is to find a good teacher. Passo Tonale’s a resort that specialises in helping beginners to learn, but no doubt there are others. If you wanted to raise your fitness levels before the trip, an exercise programme that focuses on the muscles used in skiing can really help. I did Crystal Ski’s short Slopercise workout every weekday for about four weeks before we set off, and my leg strength increased a good deal.

Finally: good luck! Skiing’s a wonderful thing to do, at any age. I wish you all the best with it.’

You can read more about Nell’s ski trip (and her other adventures) over on her blog the Pigeon Pair and Me. 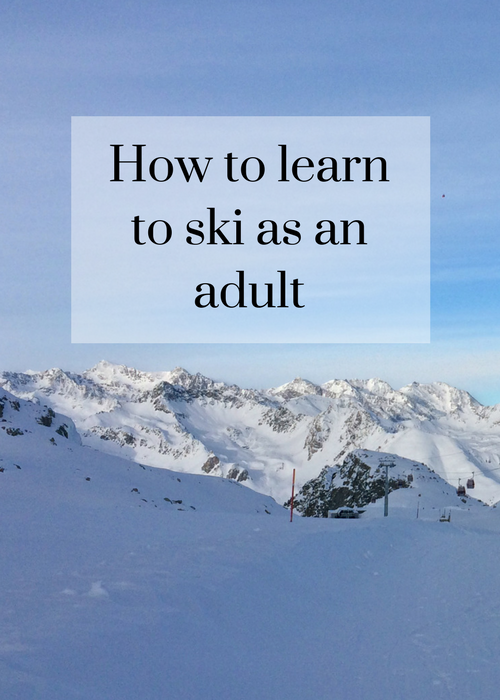 If you can ski, when did you learn, and how was it? If you’ve not learnt to ski yet, would you like to try it?

Disclosure: Nell travelled to Passo Tonale as a guest of Crystal Ski

, who offer reasonably priced  packages for skiers of all levels. All views, images and words are Nell’s own.