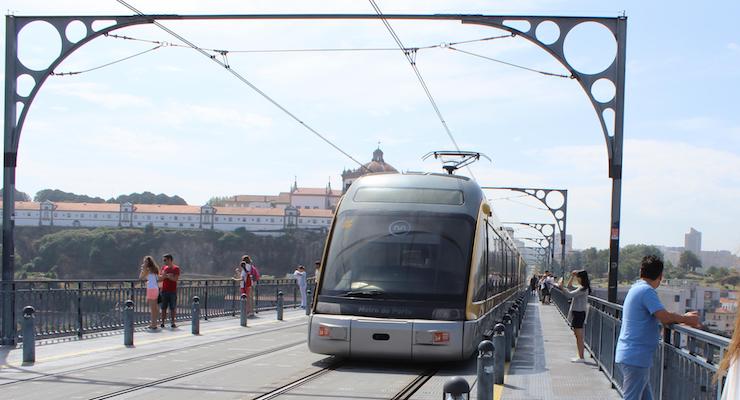 This post is by my daughter, Izzy, who went Interrailing two years ago. It was the first time that she’d travelled abroad without an adult and I was a bit fretty about it, but it was a great experience for her. I wrote a post about how I felt when she left: What to do when your teen goes travelling for the first time. If I’d known at the time how much thought she’d put into the trip, I wouldn’t have been so worried!

“The European Parliament is planning on giving 20,000 18-year-olds free Interrail passes this year, which I think is fantastic. It will give so many young people opportunities to travel and explore new places, which they may not be able to otherwise do. In case you don’t know already, Interrailing is a form of travelling where you go around Europe on trains. You can get different Interrail passes for different countries and lengths of time, and once you have the pass, you can book your train journeys between destinations. I went Interrailing after I finished my exams at the end of Sixth Form, and I absolutely loved it. Here are some tips for anyone who is interested in going.

This is, I think, the most important thing. I know so many people who went Interrailing, without properly planning, and have horror stories. The first thing to do when planning is to have a think about countries or cities you’d like to go to. You can then put these into a rough route, looking on a map to see where’s near where. One of my friends didn’t do this properly and then spent a month zig-zagging across Europe! It works well if you can put all the places you want to go into a rough line, then you’ll be able to see if there are any other places near where you are going. For example, if you want to go to a beach but don’t know where, you can look and see if you’re going anywhere near the coast on your rough route.

You can also have a play around with your route to see what’s most feasible to do. We originally were going to get the Eurostar to France, then go down to Spain, back up to Northern Europe and then to Italy. Once we marked all the places we wanted to go onto a map, however, we could see that it made a lot more sense to start in Italy and finish in Spain, going in a loop up, across and then down again. You can also use the Interrail website to look at the trains that are available. You can get an idea of how long the trains will take, and see how to get from place to place. We thought we were going to have to stop off somewhere between Paris and Barcelona, but after looking on the website we found that there is a direct fast-train between the cities.

Once you have an idea of your route and the places you will visit, you can start to plan how long you will spend in each place. Use guidebooks (we used Lonely Planet’s Europe on a Shoestring

) and look online to see things to do in each city. You can see how interesting each place seems to you, and how many things you would actually do whilst there. This will help you allocate how many days you want to be in each place for. 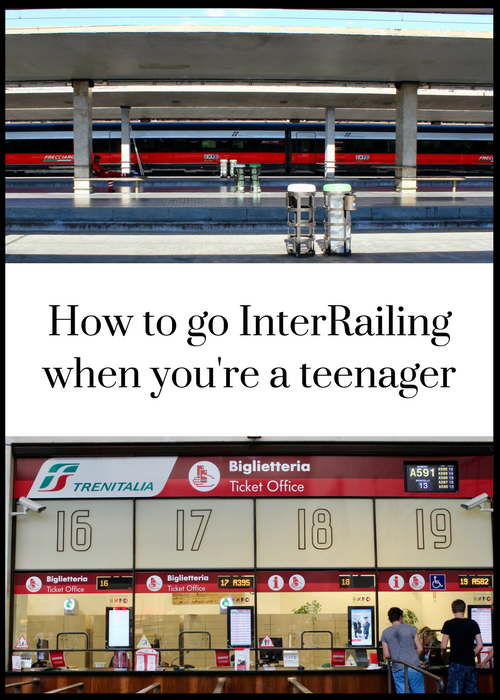 Once you’ve planned everything, the next thing to do is book. Try to book everything as far in advance as possible, to help you get the best deal. We booked flights quite a long time before we left: see when airlines have sales on, like after Christmas, and some websites let you set alerts for when prices drop. We booked accommodation a couple of months in advance, and non-aeroplane transport a few weeks in advance. With the Interrail pass, you usually have to book a seat on a specific train for journeys that are long-distance or international. Also remember that, even though you have an Interrail pass, you don’t have to get the train everywhere! You can fly, or get buses or coaches. This can be cheaper than having to reserve train seats, or having to buy an Interrail pass that allows for more travel days. We got two coaches when Interrailing, and they were cheap and relatively quick.

When booking your accommodation, don’t just go straight to hostels. They are great: often cheap, sociable and comfortable, but are not always your best option. I’d recommend having a look at lots of different options to see what will work best for you within your budget. We mainly stayed in hostels (in a mix of both private and shared rooms) but also stayed in an apartment and a budget hotel. There’s no right or wrong answer, just whatever will work best for your situation. Some cities have excellent hostels, and some do not. In the first place we stayed, we chose to have a private room in a hostel, as we wanted to ease ourselves in to travelling. Then, when we stayed by the beach in Malaga, we stayed in an apartment, as we wanted to be able to relax and do our own thing. The one thing I would absolutely recommend is getting a place that includes free breakfast; then you can fill up at the beginning of the day and save money!

Interrailing is relatively expensive, but it is a very long holiday, and it really can be as cheap or expensive as you make it. I spent a total of somewhere between £1000-1500 in 22 days, which works out as £45-68 per day. This includes everything: the Interrail pass, travel, accommodation, food and general daily spending money. Before leaving, I knew how much I was spending on travel and accommodation. I then gave myself a daily budget of an extra £25 per day, which I put on to a currency card (which you can use abroad just like a credit card), and I ended up spending less than this. In order to have this money, I had a part-time job in a supermarket during my first year of Sixth Form. If you’re struggling to make money or find a job, you could ask for certain things, like flights or Euros, as birthday or Christmas presents.

However, I travelled around Western Europe. My route was Rome, Florence, Berlin, Amsterdam, Brussels, Paris, Barcelona and Malaga. It would be far more expensive had I chosen to travel around Scandinavia and more of Northern Europe. Likewise, it would have been far cheaper had I travelled around Southern and Eastern Europe, such as Croatia, Hungary, and Southern Italy. Similarly, I stayed in some private hostel rooms, a hotel and an apartment: the largest shared room I stayed in had 6 beds. You could make it much cheaper by solely staying in hostels, and by staying in larger shared rooms. Sharing with other people is (unexpectedly) completely fine, and is a great way of socialising and meeting other people who are travelling.

The first thing we did in every place we went was to get a map. Most hotels and hostels give them out at their Reception, but if yours does not you can go to Tourist Information to get one. It’s a good idea to mark where you’re staying on to the map (get a member of staff to do it for you!) in case you get lost. Then, try to plan what you’re doing the night before you’ll do it. Some things (like the Anne Frank Haus in Amsterdam) get very busy and you have to pre-book them. You can use the map to group attractions within the city and plan the route you can take, which is definitely needed if the city you’re in is big.

For food, hopefully you’re staying somewhere that gives you a free breakfast in the mornings, and you can try to fill up on this as much as possible (and maybe even sneak some food away with you!). My biggest tip for other meals is to go to a supermarket. You can get bread, hummus, fruit, and things to make sandwiches with. You can get a lot of food for relatively cheaply, and then find a nice park to eat in. We usually did this and then ate out for one meal a day.

Overall, I really loved Interrailing and would recommend it to anyone. I loved travelling to so many different places in a relatively short amount of time, and taking in so many different cities, people and cultures. It was also a much-needed antidote to the years of stress that school gave me!”

If you’ve been Interrailing, how was it? If you haven’t, would you like to try it?