Ad: Bathing Solutions have commissioned me to write this article.*

This is the first year in our kids’ lives that we’re not having a family summer holiday. I’ve always wanted to keep having family holidays for as long as possible, and previously I’ve written about what to do when your teenager doesn’t want to go on your family holiday. But, for various reasons which I can’t go into here, neither my husband or our 16 year-old son are up for family trips this year. Which means that our daughter (21) and I, who both love travelling more than anything else, have had to work out some different ways of getting away. 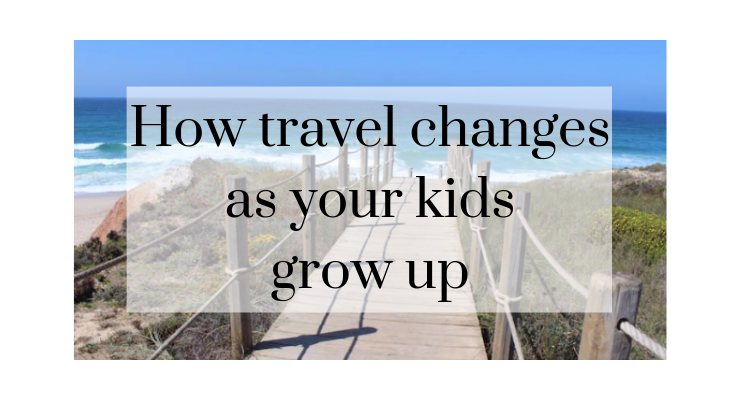 Budapest with my grown-up daughter

I went on a four-night trip to Budapest with my daughter. When our kids were 11 and seven, my husband was based in Budapest for work, and we spent every school holidays there as a family. Exploring the city with my adult daughter was a very different experience to being there with two young children.

Last time my daughter and I were in Budapest together our cultural activities were limited by what she and her brother could endure – their main focus was on what they were going to eat (hotel brunch being a highlight). This time my daughter and I explored the city on foot, walking for miles, and I loved that she wanted to see the sights and learn about the city as much as I did.

Sometimes she researched where to go and then led the way, sometimes I did. Travelling with a grown-up child meant that we could relax over cocktails together in a ruin bar, we could try innovative vegan food in quirky places and both enjoy it, and we could spend hours in the grim and definitely not child-friendly House of Terror museum (formerly the Hungarian Nazi HQ) without either of us feeling bored or scared. You can read more about our trip in these posts:

Latitude with a friend

I’ve been keen to go to Suffolk’s annual Latitude festival for the last few years, but none of my family have ever been interested in coming with me. Latitude is primarily a music festival, but it also features comedy, theatre, dance, poetry, cabaret and much more.

As Latitude takes place towards the end of the school year, when there are always lots of things happening at home and many lifts are needed, it’s a tricky time for me to go away without the kids. But this year my son finished school in mid-June after his GCSEs, waaaay before Latitude (and my daughter’s old enough to look after herself), so I was free to go along. An old friend also wanted to go, so we booked our tickets and a tent to share and drove there together.

There were more than 500 different acts at the festival and it was impossible to see everything. I enjoyed all of the acts that we saw, but some of the highlights for me were watching George Ezra, Stereophonics, and The Kingdom Choir perform in the Obelisk Arena, Nish Kumar, Katherine Ryan, Mawaan Rizwaan and Maisie Adam holding forth in the Comedy Arena, and the Suffolk Smart Sinfonia orchestra playing music from the Harry Potter films on the Waterfront Stage. I’m really pleased to have made it to Latitude at last. It’s a wonderful festival and it was great to experience it with my friend.

I went to visit some friends who’ve moved to Cornwall. The easiest way to travel there from where we live is by car, but it’s around a 300-mile journey, which is further than I’d ever driven before by myself. In the past I’ve always found long drives to be exhausting.

I warned my friends that I’d have to stay with them for a few nights, as it would take me a day to drive there and then I’d need another day to recover from the drive. (They very kindly said that this would be OK – phew!) Surprisingly, I actually enjoyed the drive and I wasn’t exhausted at the end of it. Thinking about why this could be, I had a revelation. I wasn’t exhausted because I wasn’t parenting at the same time as driving.

So I could listen to whatever podcast, Radio 4 programme or music that I fancied, without anyone complaining about it or switching it off. I stopped when I felt like it, for precisely as long as I wanted to, and bought whatever food and drink I chose, without worrying about what anyone else needed. Nobody in the car was feeling sick, arguing, asking questions or complaining – apart from when I was shouting at the radio (it was the day that Boris Johnson became Tory leader – what else could I do?). I’m looking forward to many more road trips in the future, now that I know that driving can be enjoyable. 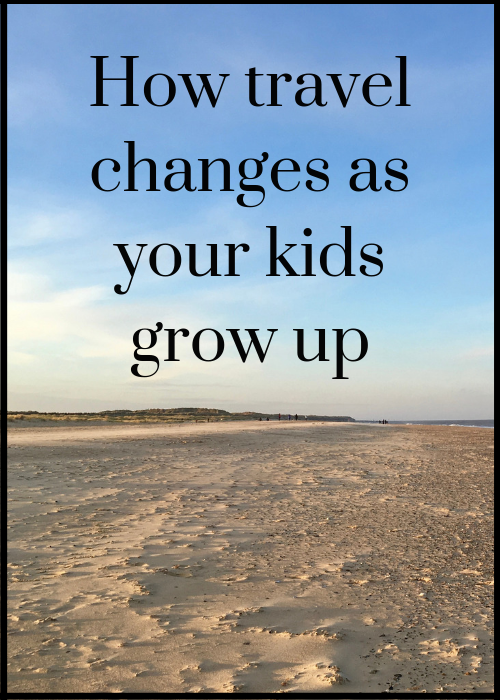 Our daughter’s going to Greece with some friends. Our son’s happy to stay at home and has no desire to travel anywhere at the moment. My husband and I are planning a few days in Italy, and have been talking about where in the world (basically everywhere) we’d like to explore when the kids are independent, hopefully in a few years’ time. We’ve managed a few short breaks as a couple over the last few years, and it’s reminded me of how much we used to enjoy travelling on our own together, pre-children. Our family’s travel pattern is evolving as we age – and it’s exciting.

How have your travels changed over the years? If you’re a parent, what are your travel plans for when your kids grow up?

*Disclosure: This post was commissioned by Bathing Solutions. All words, images, opinions and driving revelations are my own.