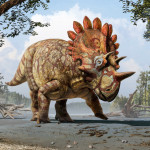 The film Jurassic World  took £330 million in the first few days of its cinema release, making it the most lucrative new release worldwide ever. If you don’t know about the film, it’s about a (fictional!) modern day theme park with live dinosaurs. Along with millions of other people, my 12 year-old son and I both […] 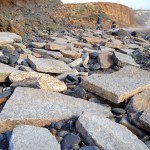 Family fossil walks The thing is with fossil hunting that you never know what you’ll find. The end of winter is the best time of year to go – I learnt this on a guided family fossil walk on Yaverland beach in the Isle of Wight. I was were there with my husband and the […] 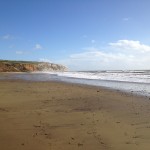 There are loads of things to do on the Isle of Wight with kids. The island lies just a few miles off the coast of Hampshire in southern England and is a motorway-free oasis. I visited the Isle of Wight one October half term with my husband and ten year-old son. We stayed at the island’s […]