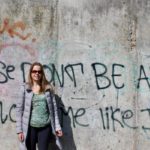 When my husband and son signed up for an Easter holiday football trip, my 18 year-old student daughter and I knew what we had to do – book a trip ourselves. My daughter’s favourite place from InterRailing last summer was Berlin. As I’d never been there, we decided that this was where we should go. […]