Home / Tips & ideas / The journey / The best flight ever 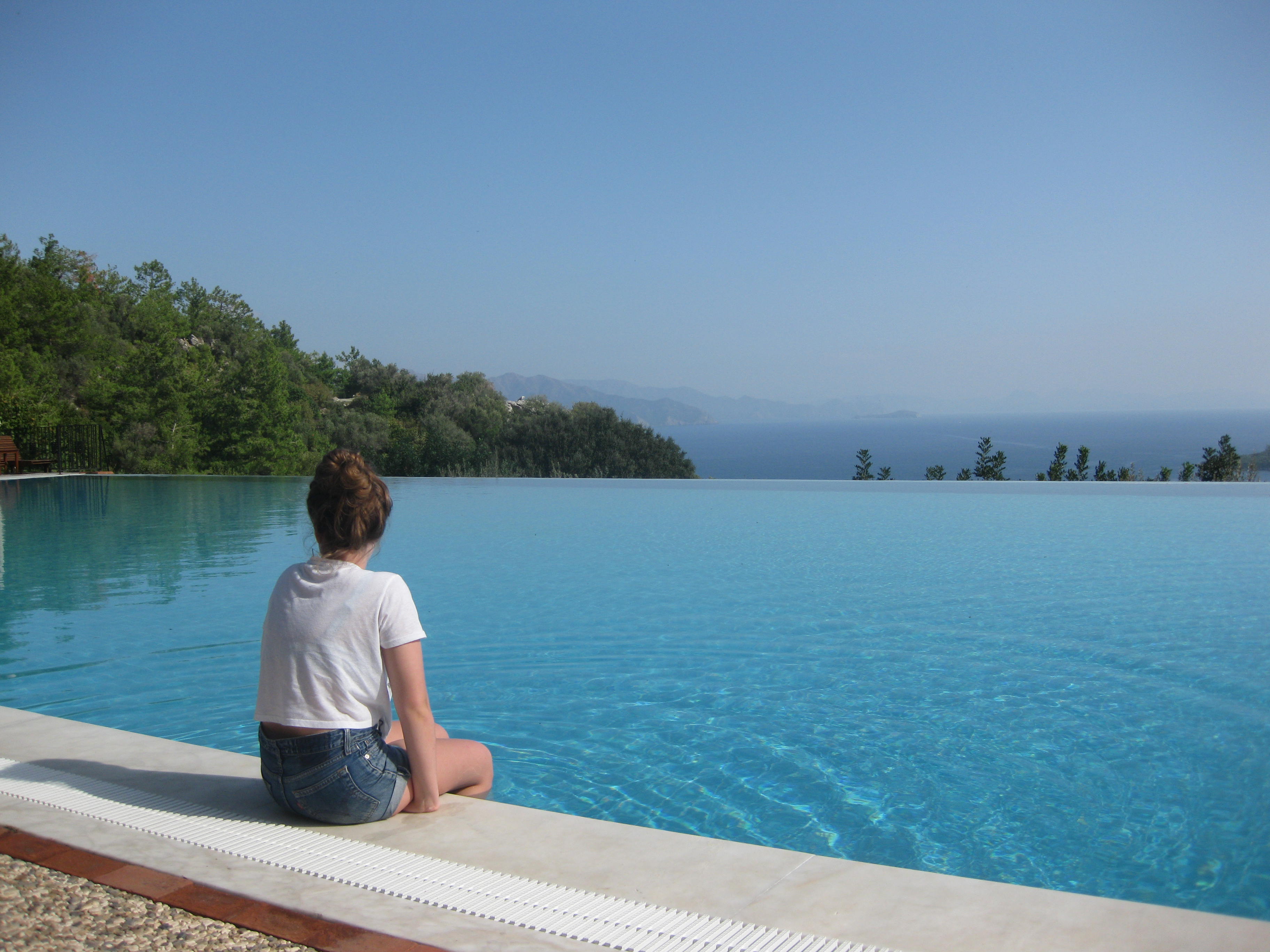 We went to the Dionysos estate in Turkey with Exclusive Escapes for the October half term holiday. I’m writing about the trip in print, but wanted to write here about how we got there because it was my best experience of air travel since my first plane journey 25 years ago.

When I heard that the flight was from Stansted I resigned myself to the usual endurance test our trips from there involve during the school holidays. (It’s probably fine at other times, but I wouldn’t know). When we fly with Ryanair from Stansted to Italy, as we often do, I feel like I’m in a herd of cattle on the way to the slaughterhouse. On one memorable journey we arrived to check in 2 hours before departure (having parked our car at the long term car park and taken a coach from there to the airport) and nearly missed the flight as the whole process took so long. There was a vast crowd of passengers queueing at one desk and a man with a megaphone calling people forward when their flight was about to leave. The kids were both crying as we ran through security.

Anyway, our flight to Turkey was so far removed from that experience that I think it may have been a dream. It was a charter flight with an airline I’d never heard of before called Titan Airways from the private jet terminal at Stansted. An hour before take off, we drove right up to the entrance of the terminal, a porter took our luggage and my husband parked the car 200 metres away while the rest of us waited for him  on velvet sofas by the  entrance. The next time we saw our suitcases was in Turkey.

We then checked in and went through security, which was just behind the check-in desk. About five minutes after getting out of the car we were in the airy departure lounge being offered coffee, juice and pastries while sitting on more velvet sofas reading glossy magazines. On the flight we were even allowed to use glass, china and metal implements to eat our hot meal with.

When we arrived at Dalaman we were shown to a shady area to eat and drink from a buffet while we waited for our luggage to be brought to us. I swear that this all actually happened and I have witnesses, although I don’t have photos as the eldest restrained me from taking any.

[Disclosure: This press trip was provided for us by Exclusive Escapes – but we had the same service as everyone else.]