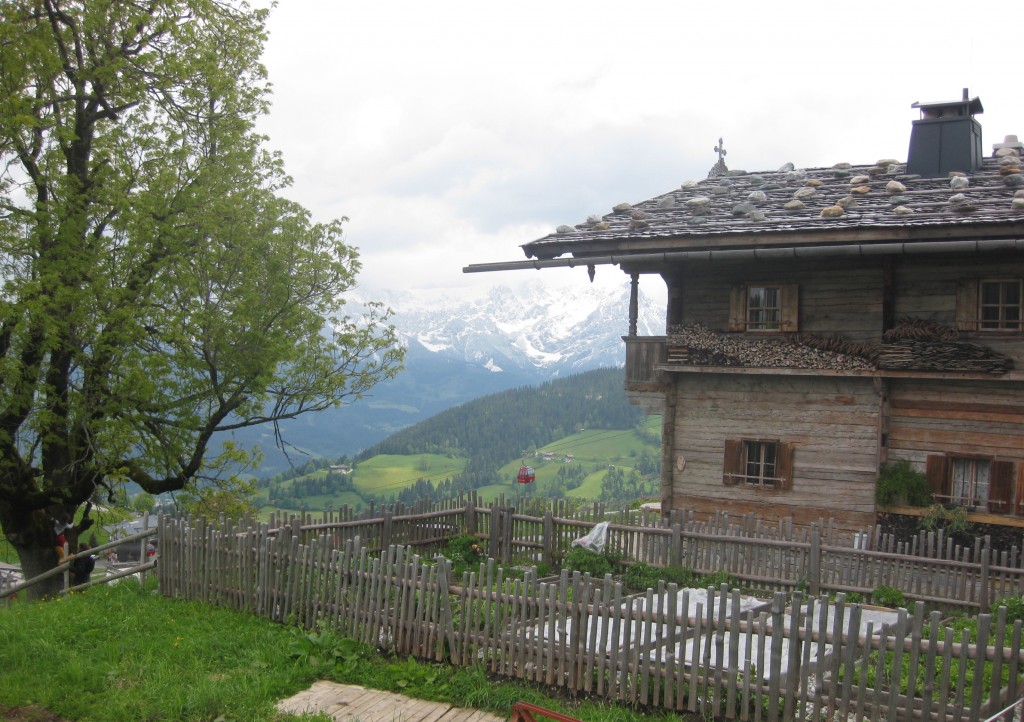 I love walking, but my youngest most definitely does not. We live in a beautiful, rural area with National Trust woods and farmland just behind our house but he’s not keen on going for a walk, even with our lovely dog. So when the two of us were invited to spend a few days in the Austrian Tirol I was deliberately vague when he asked what we’d be doing.

I knew that we’d be going up into the Wilder Kaiser mountains and that there would definitely be walking involved. I was hoping that he’d be having so much fun that he wouldn’t notice that we were going for walks, even as I did up the laces on his walking boots. It turns out that I was right.

The Wilder Kaiser region is peppered with fabulous, free, mountainside play areas which we reached from our hotel in Scheffau by an efficient, integrated network of buses, cable cars and a funicular railway. For a 10 year-old boy these modes of transport are exciting enough in themselves, but once we reached the mountain play areas there was even more fun to be had and he sped off to bounce, splash, swing, climb and jump with the other children in our group. 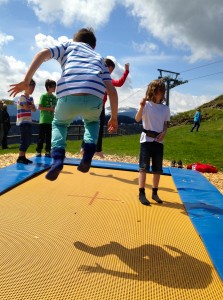 The play equipment at the three parks we visited (Hexenwasser, Ellmi’s Zauberwelt and KaiserWelt) is mostly made from wood, water and stone and is spread around the mountainside. It ranges from familiar favourites such as swings, slides and zip wires to unusual experiences such as a barefoot walking trail and rope-propelled rafts, and is taken down and replaced every winter. When we were there in the last week of May it was unseasonably cold at times (the temperature varied between 2°c and 23°c) but the children barely noticed as they were so busy exploring.

The youngest loved the food we had on our trip too, especially the generous portions. On our first night he was cautious and stuck to the familiar: spaghetti bolognese. However, he enjoyed the Austrian dishes he tried when he became more adventurous, especially bratwurst (a type of sausage) and schnitzel (a breaded fillet of meat). I don’t eat meat and there wasn’t much choice for me in restaurants, but I did have some very good freshwater fish a couple of times and have finally conquered my aversion, nurtured since Primary school, to dumplings. 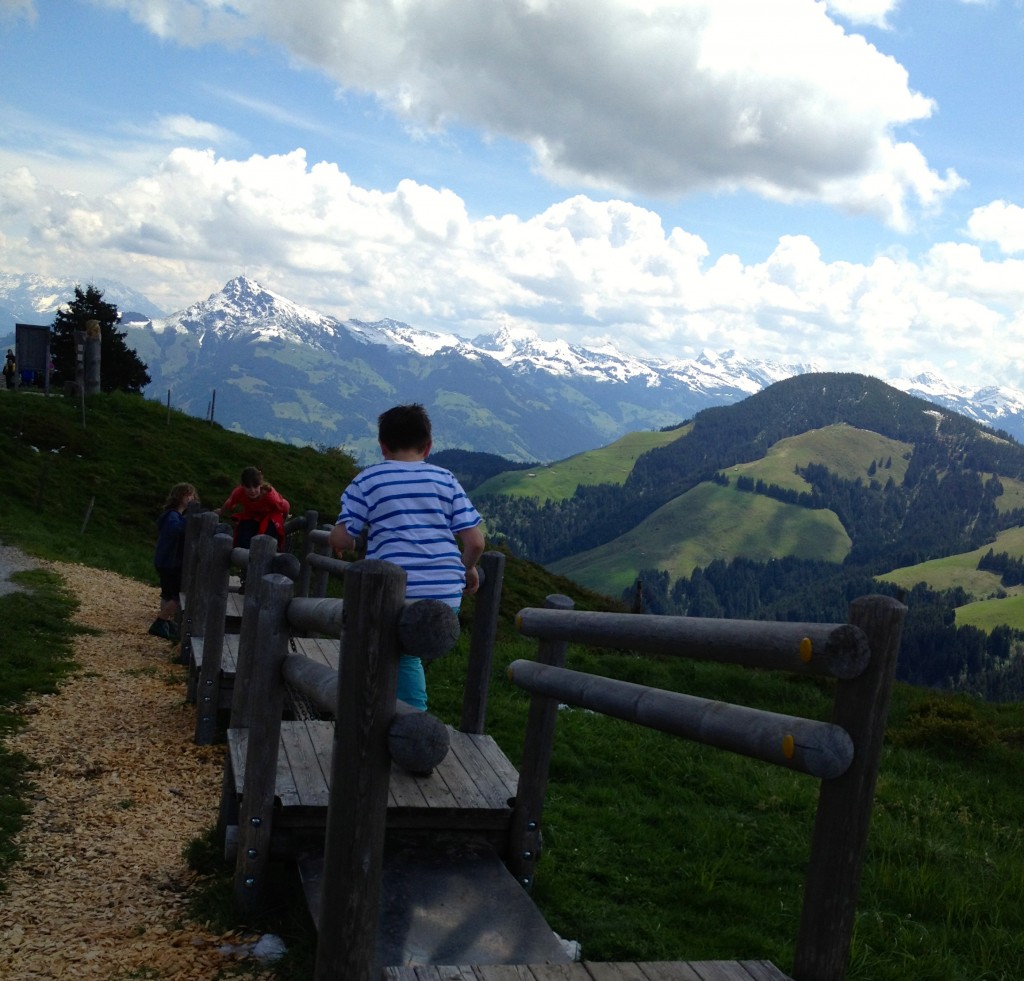 We stayed at the Hotel Alpin and enjoyed using the large indoor pool and spa when we got back from our mountain excursions every day. The spa has a sauna and steam room and children are allowed in with an adult, but be aware that Austrians prefer not to wear clothes in such places. It was my first visit to Austria and I didn’t know this. However, the youngest and the two other young boys in our group soon brought me up to speed after they spotted a couple of naked women  in the sauna and rushed in to the steam room, giggling, to tell me all about it. I kept my swimming costume on, much to the youngest’s relief.

On our last night, after three days of mountain strolls, I asked him if he thought this was a good place for a family holiday. He said it was, because there was just fun stuff and no walks. And lots of food.

Family travel lowdown: We were guests of the Tirol tourist board and Crystal Summer. Crystal Summer offers 7 nights half board, packed lunch, afternoon tea and cakes, unlimited drinks and children’s ice cream buffet at the 4* Hotel Alpin in Scheffau from £2113 for a family of four. Price includes flights from Gatwick to Innsbruck and resort transfers.