Home / Type of trip / Attractions / London: Ripley’s Believe It or Not 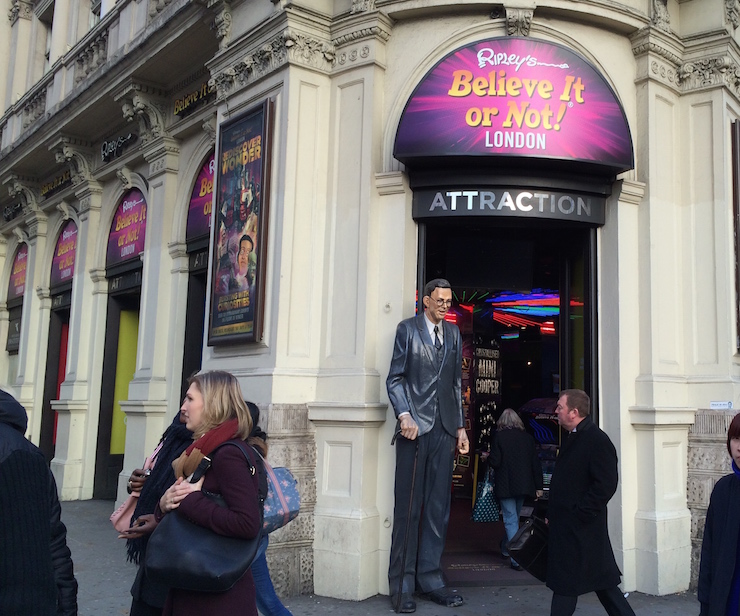 Ripley’s Believe It or Not, London. Copyright Gretta Schifano

Ripley’s Believe It or Not

‘It would be useful to have an extra leg’ says my eleven year-old son.

‘Because if one got chopped off then you’d have a spare.’

We’re looking at a display of unusual preserved animals including the body of a lamb with five legs. We’ve just come in to the Ripley’s Believe It or Not attraction in London. My son has an INSET* day and we have the place practically to ourselves. The animal display makes me feel uncomfortable but my son is enthralled. ‘We’ve been learning about this in science’ he tells me as we read about the eight-legged calf, conjoined twin piglets and other animals on show.

Ripley’s Believe It or Not is at Piccadilly in the centre of London. The attraction houses more than 700 unusual artefacts from around the world inspired by the travels and adventures of American Robert Ripley. Robert Ripley was a cartoonist who devoted his life to travelling the world and finding unusual things to bring back to the public at home. He died in 1949 when he was 55 years old but his legacy lives on through the Ripley’s attractions around the world. 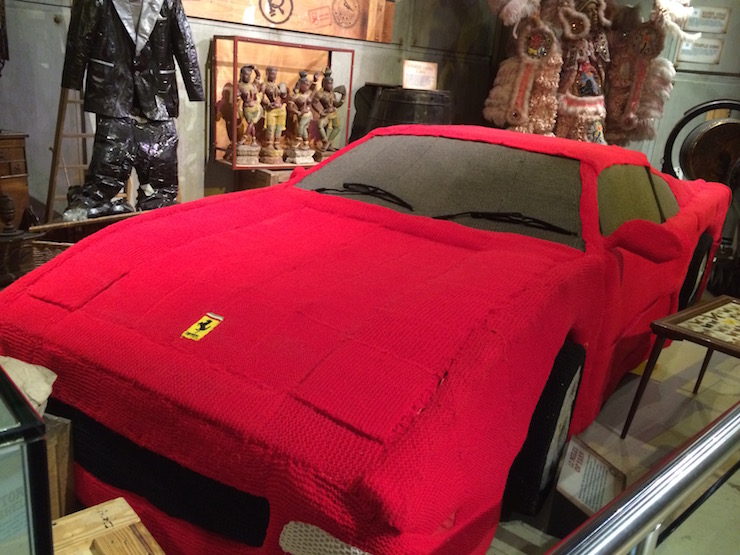 Knitted Ferrari, Ripley’s Believe It or Not. Copyright Gretta Schifano

As we move through the attraction I try to read about everything on display while my son flits excitedly between exhibits calling me to look at one amazing thing after another. There are some incredible creations such as a full-size Ferrari knitted from 12 miles of wool, a portrait of Michelle Obama made out of bottle tops and one of Michael Jackson made out of sweets. ’Some of this art is better than normal art’ says my son.

The image below is of my favourite item in the whole place. I find it incredible. Can you guess what this copy of Millet’s masterpiece The Angelus is made of?:

Copy of Millet’s ‘The Angelus’ by Tadhiko Ogawa on display at Ripley’s Believe It or Not, London. Copyright Gretta Schifano

It was created by Japanese artist Tadhiko Ogawa out of bread. Apparently he used ordinary white bread which he first microwaved to dry it out. He then used aluminium foil to toast shapes onto the bread to form the picture. My son and I both love this picture and he says: ‘ When we get home we are toasting a picture’.

Another highlight for me is the section of the Berlin Wall on display complete with graffiti. We talk about the Cold War and German reunification. The nearby digital graffiti wall where you can make your own temporary art is a hit with my son. 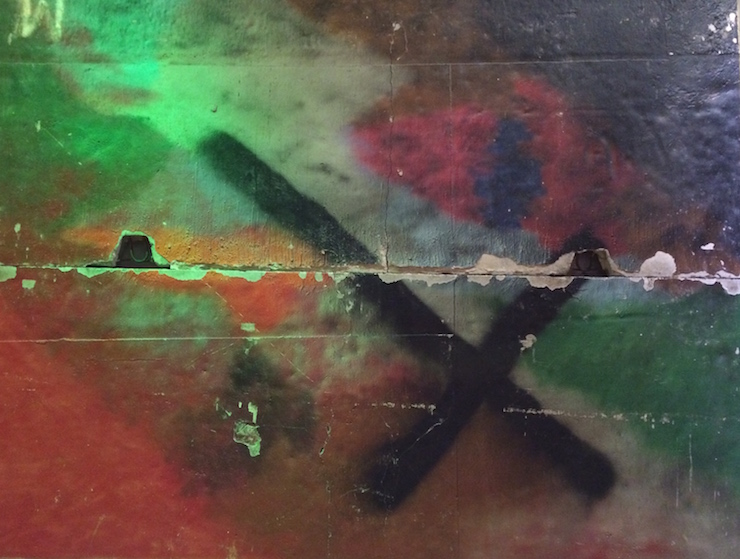 Section of the Berlin Wall, Ripley’s Believe It or Not, London. Copyright Gretta Schifano

You can avoid the gruesome dungeon section if you’re not keen on seeing instruments of horrible torture such as an iron maiden (a body-shaped cabinet with spikes inside). There’s a sign at the entrance warning you that it’s horrible but my son heads in there anyway and I follow him. The most awful thing in there, I think, is the electric chair. We don’t pull the lever to ‘electrocute’ someone but we do have a chat about the death penalty.

There are quite a few machines around the place where you spend £1 to do something. I find that quite annoying but my son is keen to try them out and decides to spend his pocket money on having his fortune told at one of these machines. He’s much more impressed than I am by the ‘fortune’ which pops out: 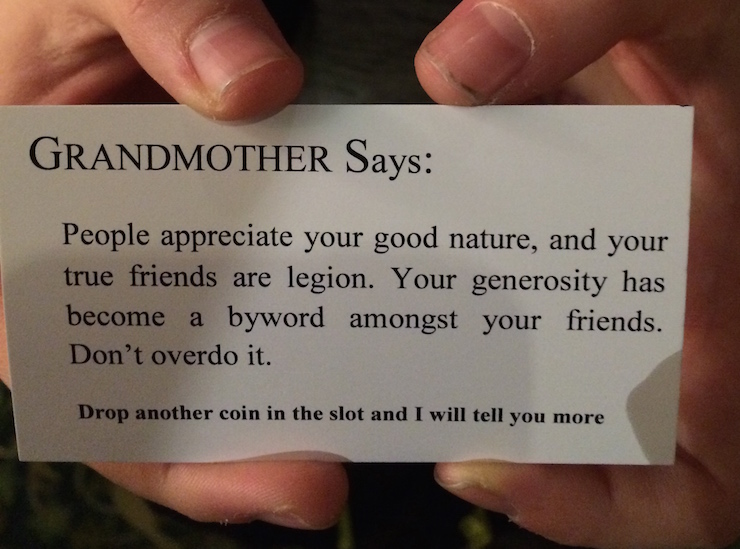 The Mirror Maze is great fun. We’re given plastic gloves to wear so that we don’t leave tell-tale finger prints on the mirrors and then we set off into the tunnels of mirrors. It’s dark inside with trails of dim red lights and it’s very hard to work out which way to go. We keep coming to dead ends but eventually we find our way out.

The final part of the attraction is the LaseRace challenge. My son loves this but I’m not so keen. We go into a dark enclosed room which is crisscrossed with green ‘laser’ beams. We have to get to certain points of the room without touching the laser beams. This means that we have to get down on the floor and slide along on our elbows. We don’t do badly and my son goes back in for another go on his own.

We both really enjoyed our visit to Ripley’s Believe It or Not. It was interesting, fun and educational and I’d definitely recommend it to families.

Entrance to London’s  Ripley’s Believe It or Not costs from £22.91 per adult and £16.96 per child of four to 15 years old. If you travel to London by train you can buy discounted tickets for Ripley’s Believe It or Not from Days Out Guide – the current offer is £29.90 for two people. Children under 14 years old must be accompanied by an adult in order to visit the attraction.

Disclosure: We were guests of Ripley’s Believe It or Not for the purposes of this review. All words, pictures and opinions are my own.

*An INSET day is when teachers in a particular school have training and the kids have a day off.