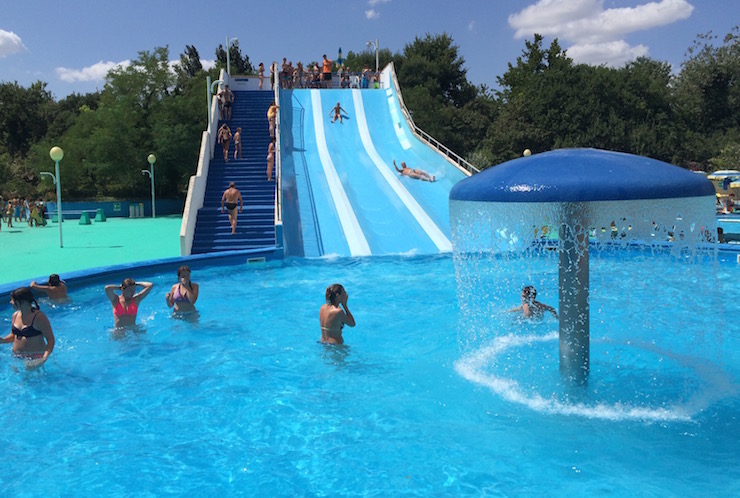 This summer we went to the Emilia-Romagna region of Northern Italy for our family holiday. We (me, my husband and our daughter,17 and son,12) stayed in a few different places and we spent a week at Hotel Tiffany in the seaside town of Cesenatico. It was exceedingly hot while we were there (the temperature was in the mid-thirties for most of the time) and we were pleased to accept an invitation from the Emilia-Romagna Tourist Board to check out some of the region’s water parks. My son was especially pleased because the water parks were his highlight of our trip to Florida a couple of years ago. We went to three water parks in Emilia-Romagna, on separate days: Aquafan, Mirabilandia Beach and Atlantica.

The first park which we visited, and also the smallest, was Atlantica in Cesenatico. It took us about 10 minutes to drive there from our hotel. (We thought about cycling there using the hotel bikes but we decided that it would be too hot to bear by the time we went back to the hotel for lunch.)

We arrived at the park as it opened at 10am and headed to the main pool to find some sun loungers and umbrellas there. Then, covered in factor 50 sunscreen, we were free to explore the park.

There are 10 giant slides at the park (including some where three slides come from one tower), a baby pool with a slide, a lazy river, and a large wave pool with an island at its centre with a stage on it. 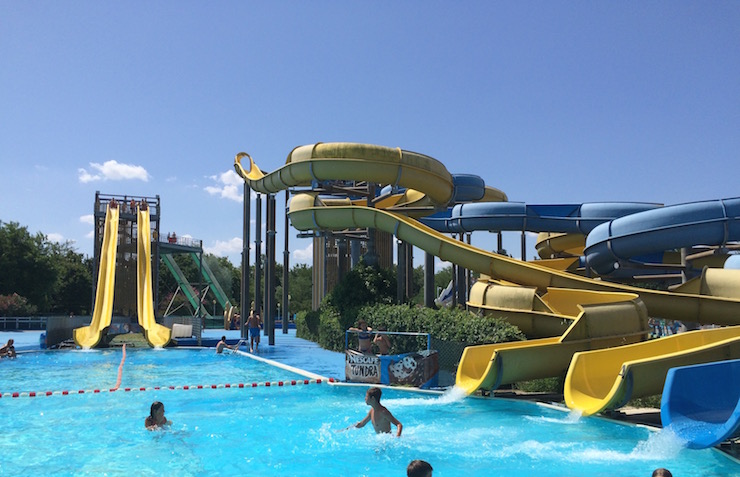 There weren’t really any queues when we were there and it was fun going down the slides – apart from one which required you to carry a heavy plastic sledge up several flights of stairs in order to use it. I could barely lift one of the sledges, let alone carry it up lots of steps – the only people that we saw using this slide were some very tall and muscly young men.

The lazy river goes all around the park and you float around it on giant rubber rings. It took us about an hour to drift around the whole thing and it was a great way to cool down although there wasn’t much shade. 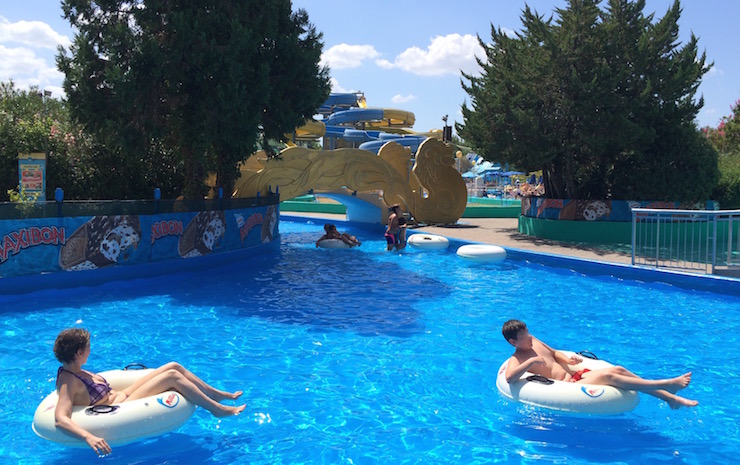 There was music playing constantly while we were at the park. My daughter says that there were entertainers dancing on the stage in the main pool and people in the water copying their moves – I’m not sure if this was an exercise class or if they were just dancing.

There were artificial waves in a section of the main pool every hour apart from at 1pm – as we were in Italy, where food is more important than anything, 1pm was clearly lunchtime rather than jumping-in-waves time. 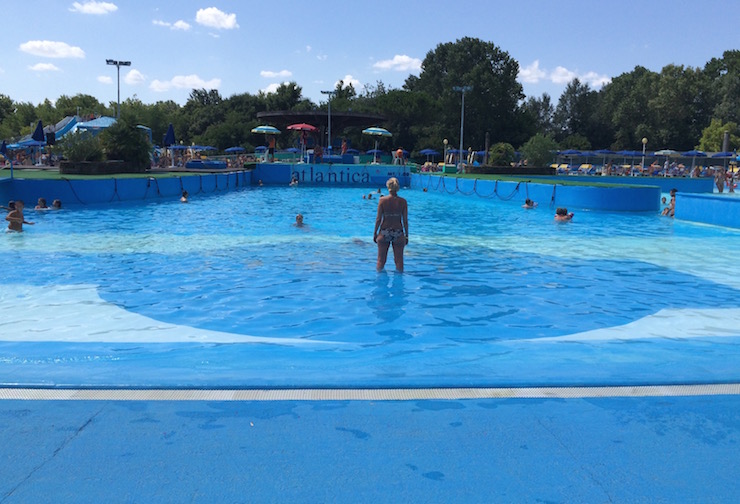 After the midday waves there was an announcement wishing everyone a ‘buon’appetitio’. We took the hint and left to have lunch at our hotel soon afterwards.

Here’s an overview of the park:

My son says: ‘It was good. The lazy river was the best thing.’

My daughter says: ‘I liked it. The dancing was entertaining to watch.’

My husband says: ‘It was good to get away from the beach and do something different.’

I say: ‘There aren’t loads of slides there but it’s worth a visit if you’re in the area. My favourite part of the park was the lazy river. ’

Disclosure: The Emilia-Romagna Tourist Board arranged for free entry for us to Atlantica for the purposes of this review. All opinions and images are our own.