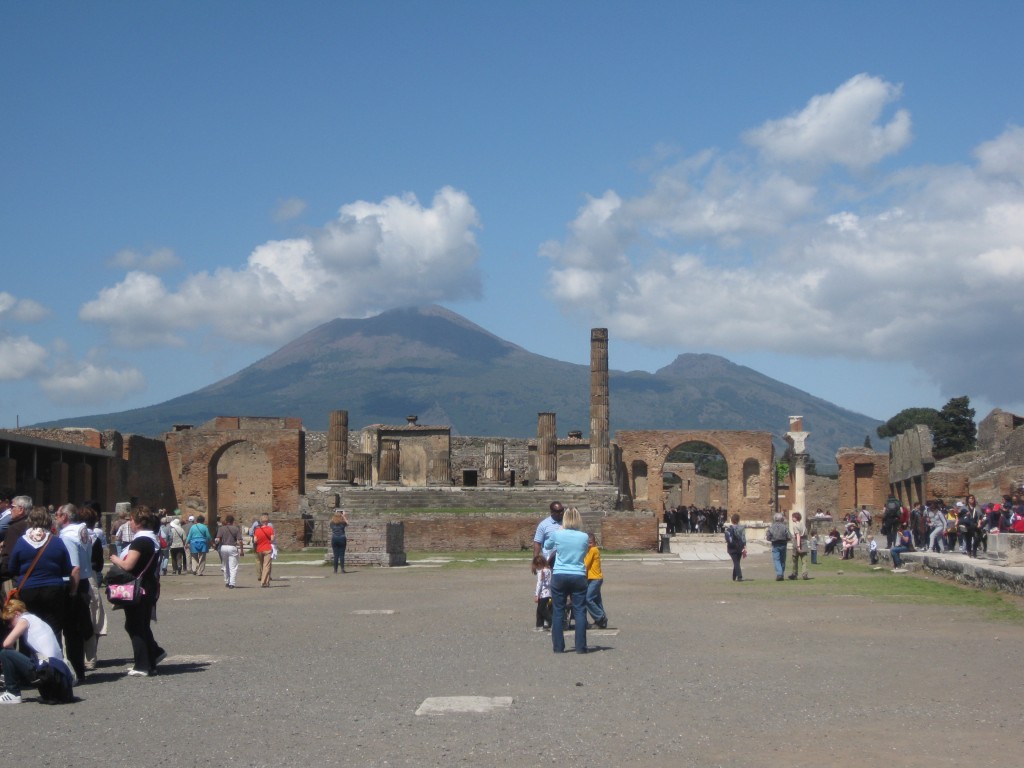 ‘Mount Vesuvius is a time bomb’ says our Pompeii guide, Alfredo. He explains in careful English that 700,000 people live in the shadow of the only active volcano on the European mainland. He leads us to the walls of the ancient city, devastated when Vesuvius erupted in AD 79, for a view of the volcano today. It looks very close. Alfredo explains that, before the eruption, the Romans had no idea of the impending disaster but that these days there are scientists monitoring volcanic activity and there’s an evacuation plan if needed. He concludes: ‘Vesuvius is risky’.
This makes some of the children in our tour group a little nervous, as we’re scheduled to climb the volcano after visiting ancient Pompeii, but the adults make reassuring noises about the scientists. (Images of Berlusconi flash into my mind. I know how Italy works and I’m secretly a little worried too). 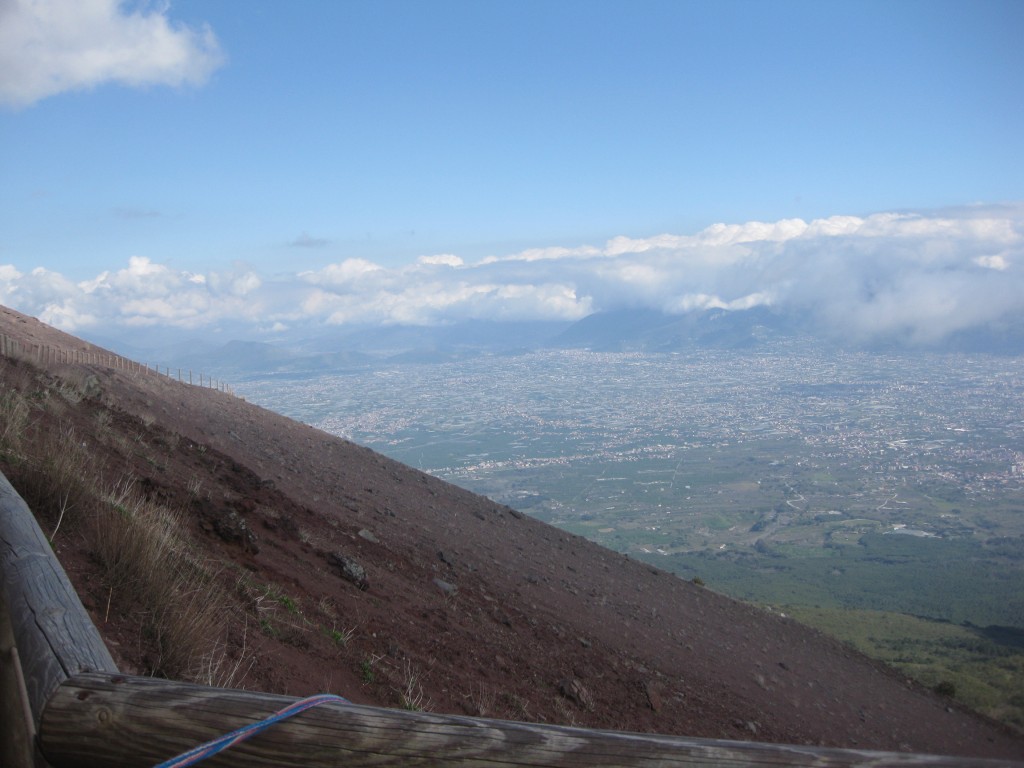 You can drive part of the way up Vesuvius, but the only way to the top is on foot. Our coach drops us near the entrance and we queue to get in and past the souvenir stand. Just inside the entrance two enterprising young men offer us sticks to help with the climb ‘for a donation’. I decline their offer as I don’t think I need a stick, but later regret it. It’s a cool, sunny April day and we’ve been told that it can get quite cold at the summit but I end up peeling off my jacket as I walk. The eldest, having refused my request to bring a coat, flashes me an ‘I told you so’ look. It’s a steep, dusty climb to the top, but worth it to actually see into the volcano’s crater and for the magnificent views of the surrounding landscape and across the Bay of Naples. Looking into the brown, rocky crater with its gentle wisps of steam floating skywards it’s hard to imagine the deadly power lying beneath the surface.
Walking back down is hard work too, as it’s very steep and the track is uneven in places. 11 year-old Emma sums it up well: ‘It’s a lot more up than down.’ 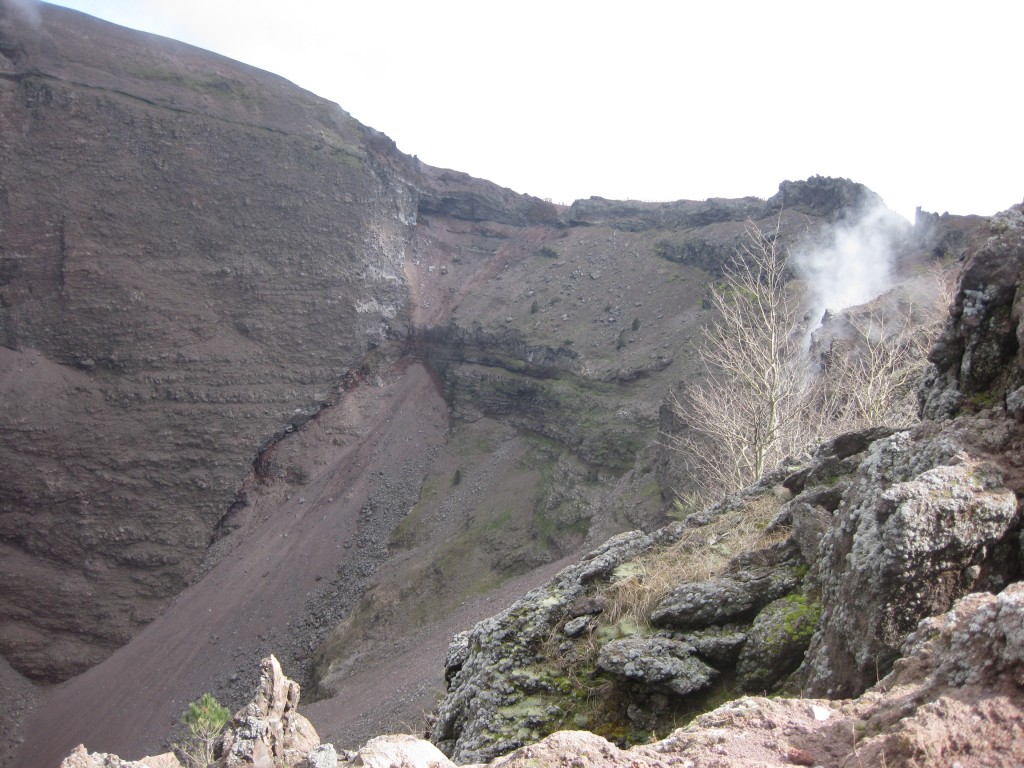