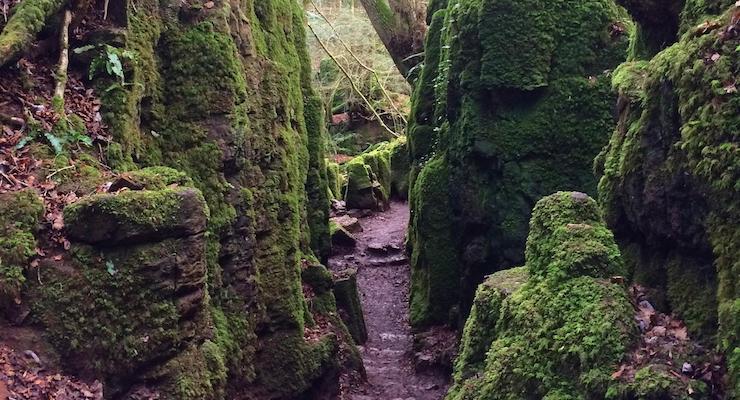 Walking along the winding paths of Puzzlewood is an enchanting experience. As I weave my way along the tracks between the ancient woodland’s moss-covered limestone rocks, watched over by aged yew trees, I feel like I’m in an otherworldly place.

Puzzlewood lies in the Forest of Dean, on the border of England and Wales, and its unusual geology has fired imaginations for years. It’s said that JRR Tolkein used Puzzlewood as inspiration for the forests of Middle Earth, and it has been used as a filming  location for Doctor Who, Merlin, Tree Fu Tom and even scenes in Rogue One: A Star Wars Story. I’m here with a group of fellow bloggers at the invitation of the Wye Valley and Forest of Dean Tourism Association. You can read about my experience of canoeing, off-road driving, climbing through the treetops and more in my post 7 great outdoor activities in the Forest of Dean.

The forest’s limestone outcrops are known as scowles, and were formed by natural erosion over millions of years. These rocks contain iron ore, which was mined from ancient times, but by the eighteenth century the mines had mostly been abandoned, and the surface was overgrown. Beneath and beyond Puzzlewood there’s an extensive cave network, Clearwell Caves, where you can explore some of Britain’s oldest mine workings. Access to the caves is just outside the town of Coleford. 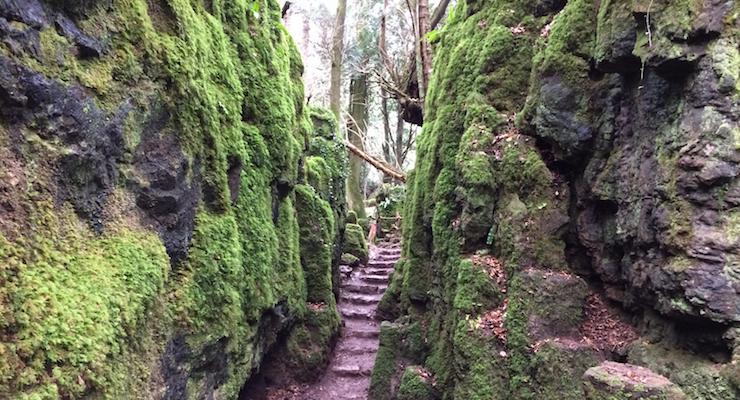 The Puzzlewood scowles are rich in wildlife and the cave system is home to the endangered greater horseshoe bat. Visitors to the woods are asked to stay on the paths so as not to damage the delicate environment, but I didn’t feel restricted by doing this, as the paths are green and winding, and they feel like a part of the forest rather than a separate area. The paths were originally laid down by the landowner in the early 1800s, in order to open up this unique place to his friends and family.

As you walk around Puzzlewood, you come across unexpected sights. There’s a doorway tucked in amongst the scowles which looks quite hobbit-y to me, but it’s actually a leftover from filming for Merlin – apparently it was used as Morganna’s hideaway. There are quirky seats and benches made from branches, a fallen tree which has been shaped as a crocodile, and more. It’s such an astonishing place that I take many, many photos, but I find it really difficult to capture how it actually looks and feels. 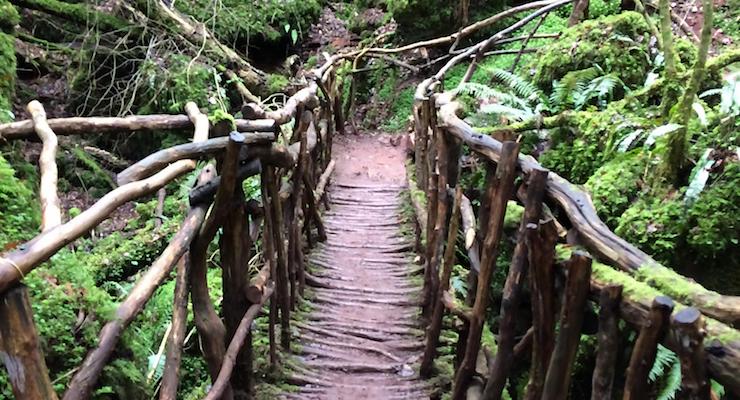 Puzzlewood has a free app with two interactive games. One is a treasure hunt – there are 10 interactive points to find amongst the maze of paths, each symbolised by an image of a Roman coin. Three earthenware jars containing 3,000 Roman coins were discovered in the woods here in the 1800s. There’s also an animal colouring game on the app – great for young children. 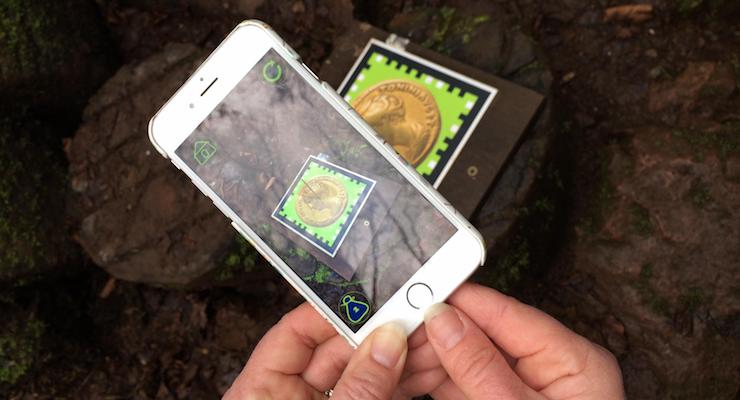 To celebrate Visit England’s 2017 Year of Literary Heroes, Puzzlewood has commissioned some magical sculptures. We spotted the first of the sculptures, perched between the trees, but look out for more if you visit. 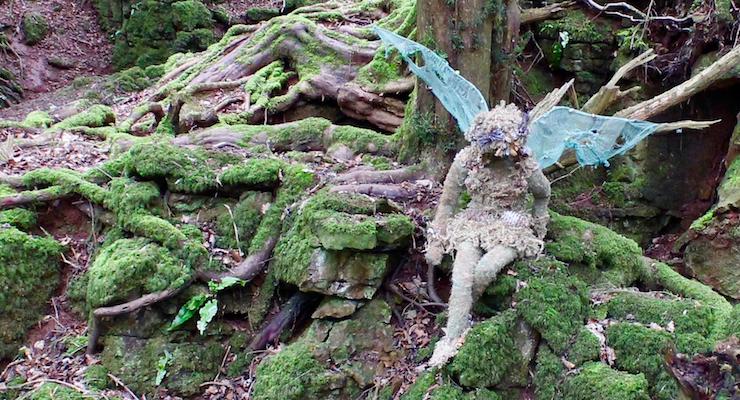 In the fields next to the woods you can see a variety of farm animals including some very cute Shetland ponies, Highland cattle, sheep, hens and ducks. Friendly Puzzlewood manager Helen O’Kane tells me that the animals have all been rescued from various places. 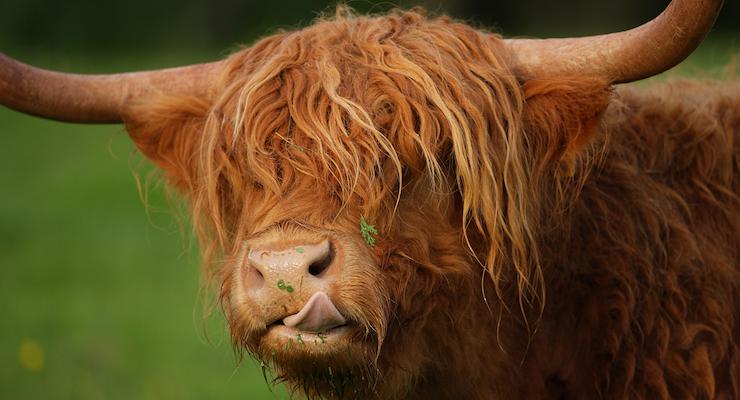 There’s a small café at Puzzlewood offering things like sandwiches, soup, cakes and snacks as well as hot and cold drinks. There’s a garden with picnic tables outside, as well as an outdoor playground and a willow maze. There’s also an indoor maze which is fun for children and adults.

There are three holiday rental properties at Puzzlewood: Puzzlewood Cottage, Puzzlewood Patch and Puzzlewood House. I spent two nights at newly renovated Puzzlewood House, and found it to be cosy, comfortable, spotlessly clean and very well-equipped. The house sleeps eight and has three spacious bedrooms, two bathrooms and a large, airy, open-plan kitchen and living area. 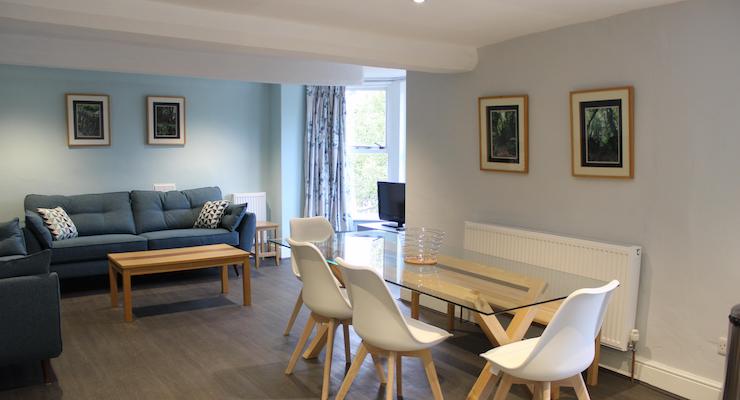 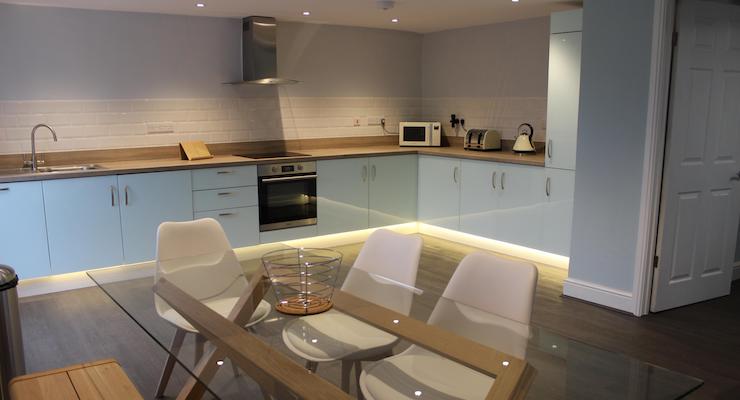 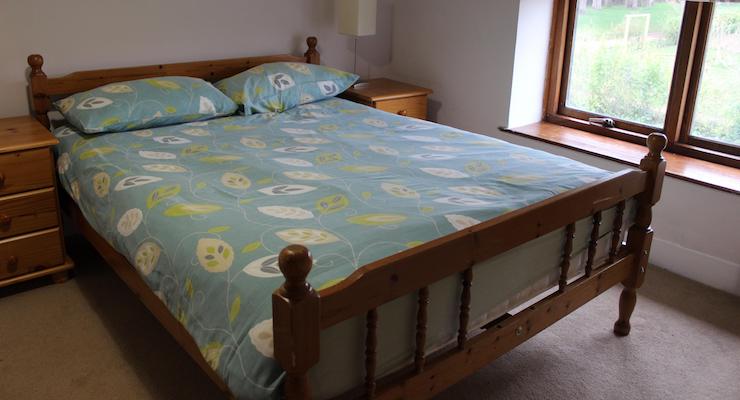 I really enjoyed spending time at Puzzlewood. It’s a fascinating, unique attraction and is a delight to explore. I’d recommend it as a place to visit with or without children. I’d also recommend Puzzlewood House as somewhere to stay either to relax and enjoy Puzzlewood or to use as a base to explore the Forest of Dean and Wye Valley. 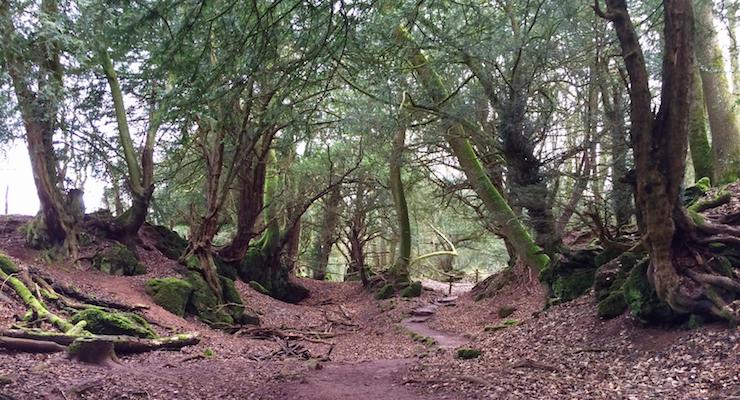 Disclosure: I stayed at Puzzlewood as a guest of the Wye Valley and Forest of Dean Tourism Association, as part of the #DeanWyeBloggers weekend. All words, opinions and images are my own. 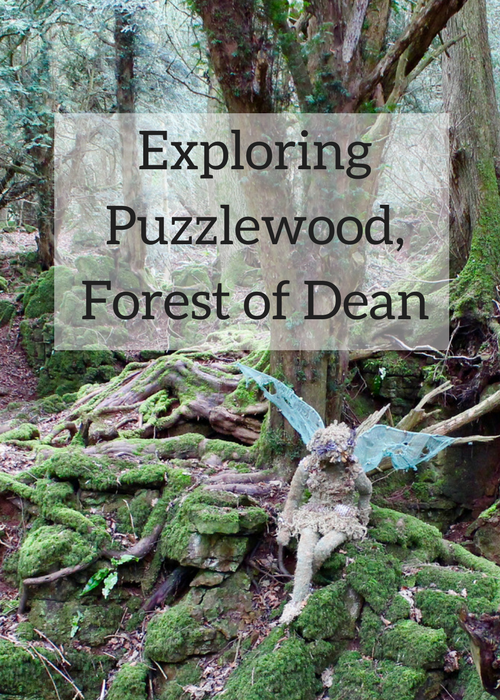