Discovery Cove in Orlando is like no other theme park I’ve ever heard of or been to. It only admits around 1300 guests each day and when you arrive it’s like checking in to an exclusive hotel. Your entrance ticket includes swimming with dolphins and as much as you’d like to eat and drink from the restaurant and snack bars. The park provides guests with wetsuits, masks, snorkels, towels and even dolphin-friendly suntan cream. I was a guest there while researching a journalism feature – here are some of the things I learnt. 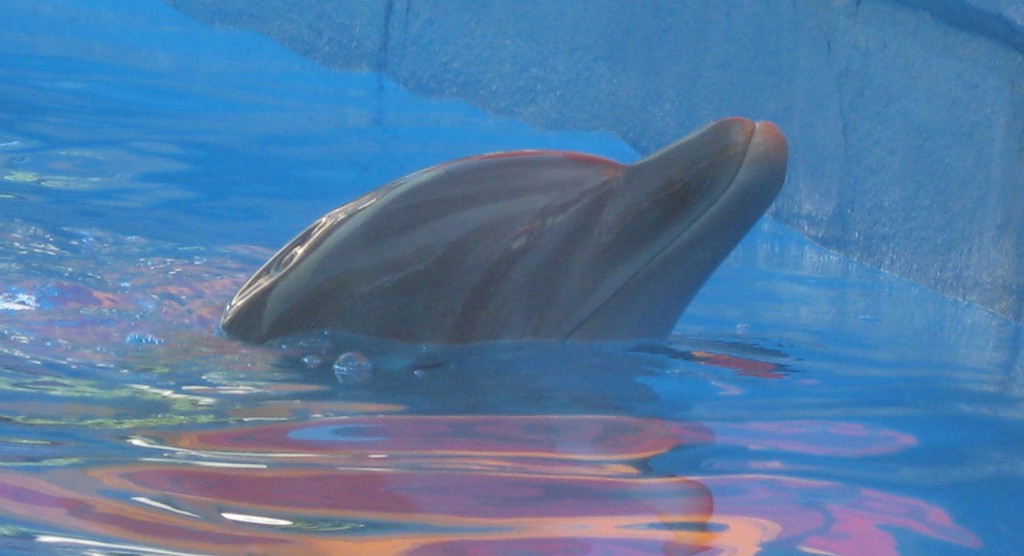 1. Dolphins‘ teeth fall out when they get old. The beautiful dolphin that I swam with is 40 years old and is fed on a special diet as he has no teeth due to old age – in the wild he wouldn’t survive. To swim with a dolphin you hold on, very gently, to its flipper with your left hand, dorsal fin with your right, and the dolphin pulls you along in the water. It is an amazing experience, and the trainers assured me that the dolphins only take part if they want to, but I did feel uneasy about these joyous animals being kept in captivity. I felt the same about the rabbit we inherited from a neighbour, and was quite relieved when he escaped. 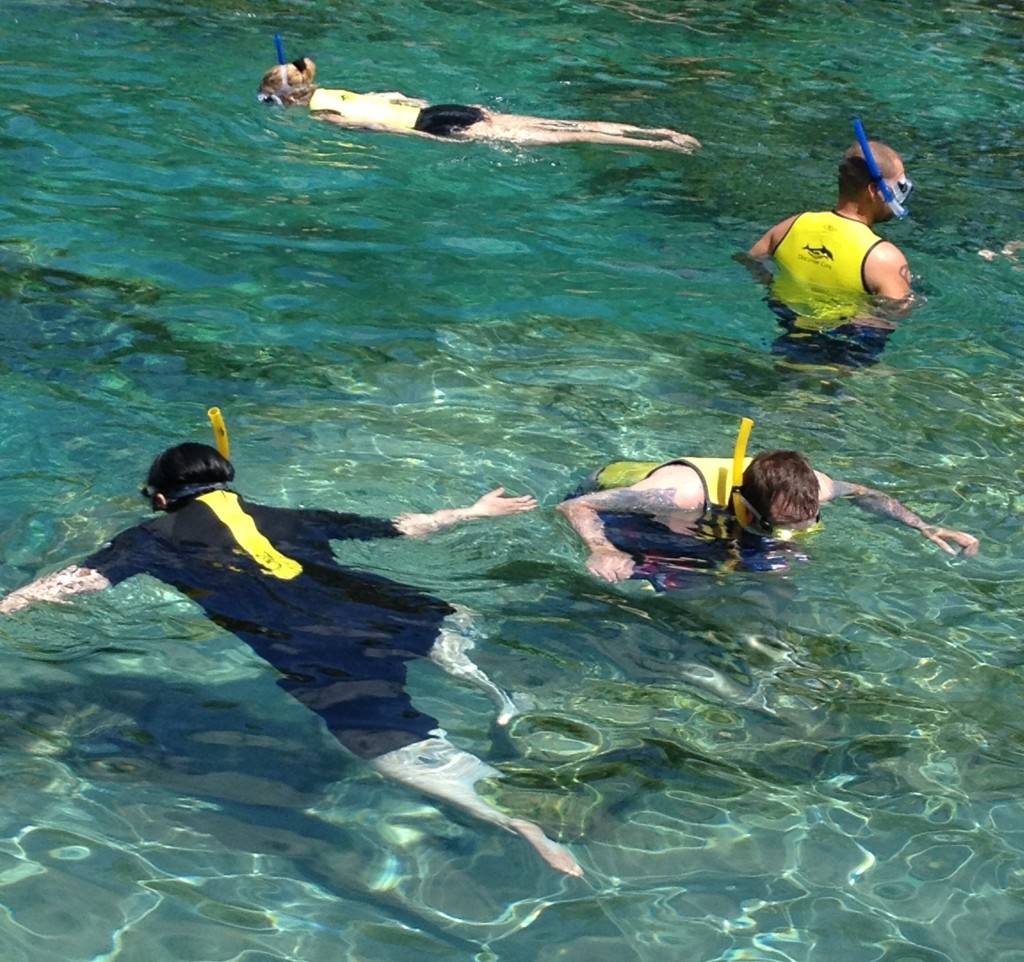 2. Short wetsuits are a lot easier to put on than long ones. (In my limited experience – see my post on sea kayaking in Wales.) Discovery Cove provides short wetsuits or vests for guests to use, which you have to keep on whenever you’re in the water. My favourite part of the day was snorkelling with tropical fish and rays in the Grand Reef. You can spend as long as you like in this pool and I found it very relaxing. There are also other pool and beach areas without any fish or animals in them as well as a river to float in around the park. 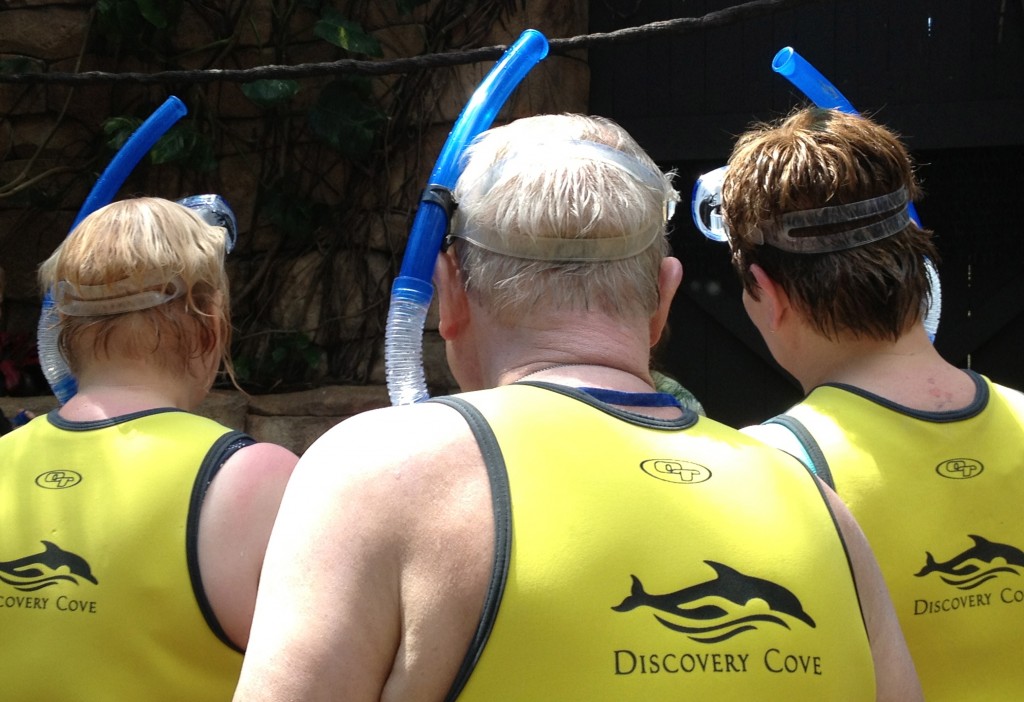 3. Some people get very attached to their masks and snorkels. So attached that they never want to take them off. These people were in the aviary area of the park, waiting for some food to feed the birds. 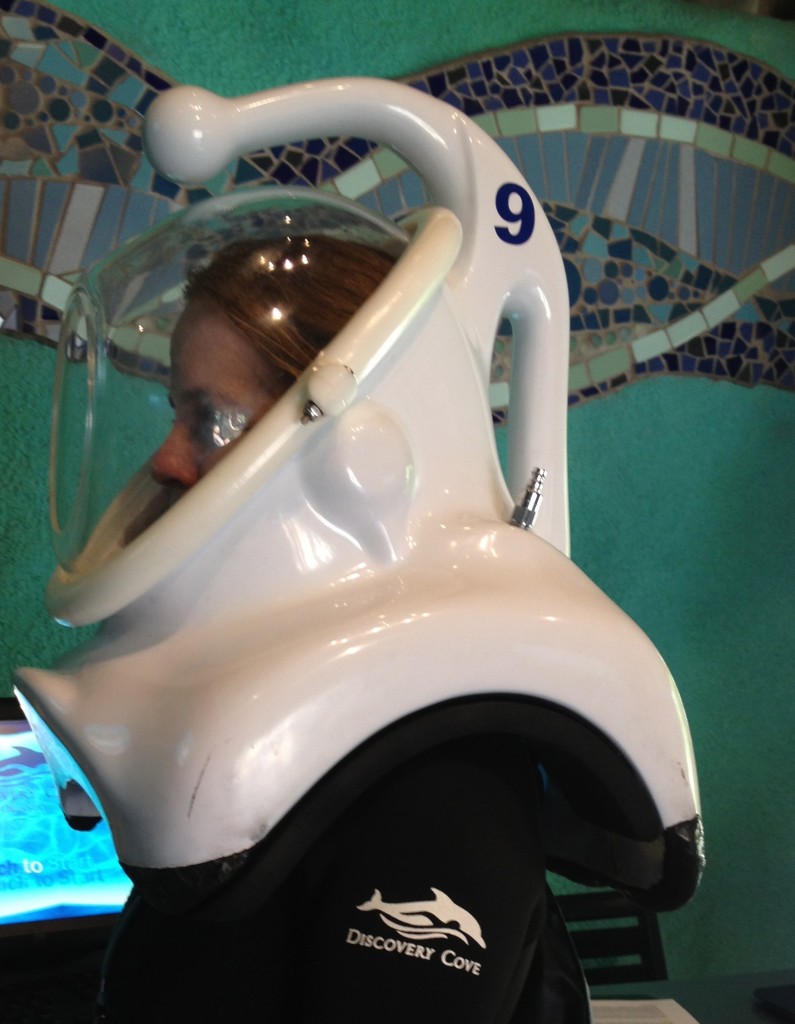 4. At Discovery Cove you can walk underwater amongst the tropical fish in the Grand Reef on a SeaVenture walking tour. In order to do this you have to wear a weighted dive helmet with its own supply of compressed air. I tried on the display model which weighs 10 pounds and felt pretty heavy – the real ones weigh around 70 pounds but obviously wouldn’t feel that heavy in the water. You don’t need to be a trained diver to take part in the tour. I didn’t have time to try this activity (I had a plane to catch) but it sounds pretty good to me. The tour is not included in the price of the general entry ticket to the park.

5. Trail Mix is a recognised snack which can be bought in sealed bags. I know this now, because I got some from one of the Discovery Cove snack bars. I didn’t know this when my eldest wanted some to sustain her on her Duke of Edinburgh expedition. That’s why I spent a small fortune on various packets of nuts, seeds, dried fruit and chocolate sweets, most of which are now in the kitchen cupboard slowly going out of date. 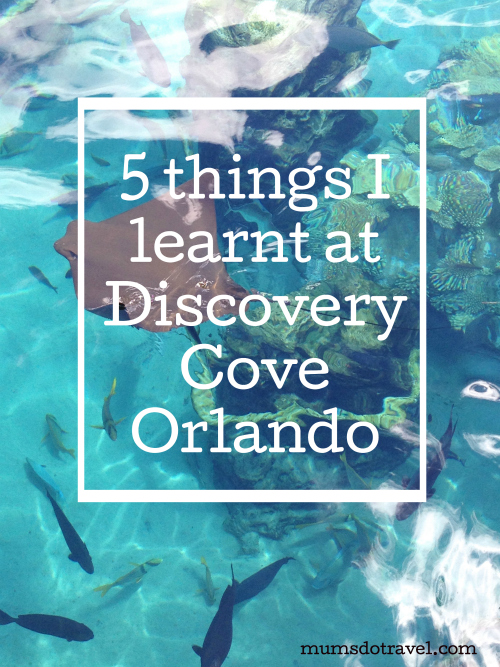