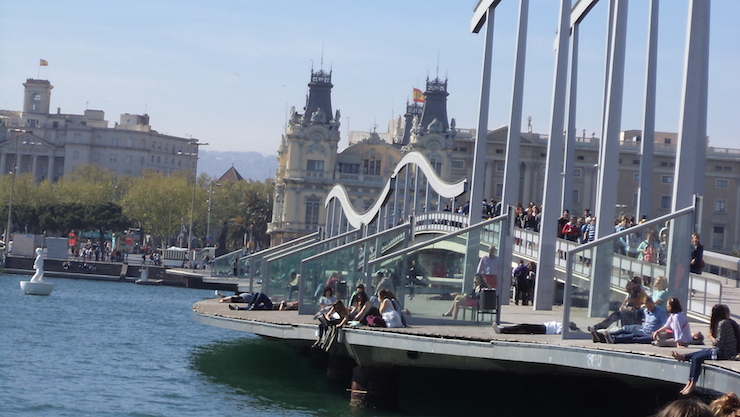 This is a guest post by Lorenza Bacino. Lorenza’s a freelance journalist and travel writer. She’s lived and worked in France, Italy, The Netherlands, Belgium and Australia and is now based in London with her family (husband and two kids aged 11 and 8). During the Easter break Lorenza and her children took a trip to Barcelona. Here are some of the things they enjoyed there.

A touch of Gaudi

No trip to Barcelona can be complete without a little bit of Gaudi and really nothing can prepare you for the impact of The Sagrada Familia. Antoni Gaudi’s church has provoked endless controversy, and remains a work in progress nearly a century on from the architect’s death in 1926. It gets a million visits per year and this is helping to finance the project. It’s hoped it’ll be finished in 2026 to mark the centenary of his death. Make sure you book ahead here to avoid the queues.

Another Gaudi must-do is the Parc Güell in the north of the city. My 8-year-old daughter said the house at the entrance reminded her of a gingerbread house, and I can totally see the resemblance! This ‘Modernista’ park offers spectacular views across Barcelona and out to the Mediterranean from various terraced levels. You can enter the park freely but need to book here to see the specific Gaudi terraces and sculptures. His home – the Casa-Museu Gaudi – is also within the park.

Chilling out on the beaches

Before the Olympic Games back in 1992, Barcelona’s beaches were a no-go area – far too sleazy and dangerous. Now they’ve been thoroughly revamped and are a short metro ride from the city centre. We’d left London on a rather drizzly miserable day, so the kids couldn’t believe that within a couple of hours, they’d be frolicking in the sand and splashing in the Med – although by my (Italian) standards it was still a bit cold. We hadn’t anticipated being able to swim in April as most Spaniards don’t, but for British kids it was heaven. We hadn’t even brought our swimmers so they whipped off their clothes and just swam in their undies. No one minded at all.

The Port Vell and Port Olympic platges have a great choice of well-equipped play areas and it’s easy to find refreshments at the numerous bars and cafés. In fact there are more than 4km of golden sandy beaches stretching from Barceloneta to Port Olympic and beyond. And if your kids enjoy cycling, there are more than 15km of easy bike tracks along the coast and bike hire right on the beach front. 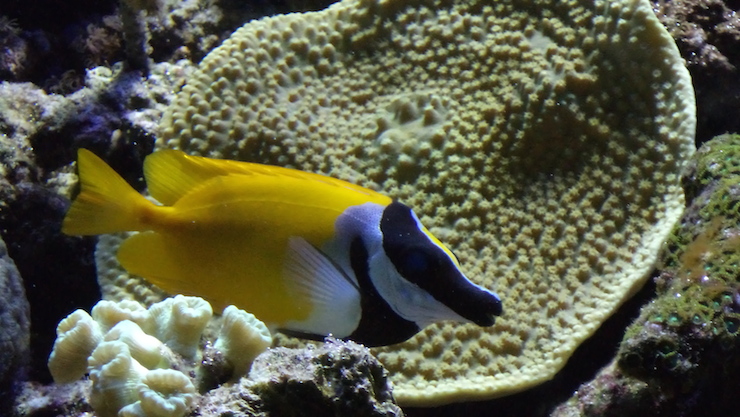 L’Aquarium is the biggest in Europe and the kids loved it. Particularly fun is the 80m long underwater tunnel with its moving walkway. The sharks glide perilously close and there are some really weird and wonderful fish to ogle at. There’s a fantastic interactive area called the Explora! which focuses on the ecosystems of the Mediterranean.

The Museu Maritim  recently re-opened after a major renovation and is housed in the 13th –century Drassanes Reiales shipyard right in the port area. Here you can learn about Barcelona’s prestigious maritime history. When we visited, there was a fascinating exhibition on Antarctic scientific travel and exploration replete with jars and phials of flora and fauna from the trip.

Barcelona has many lovely parks and gardens. You can jump in a cable car and enjoy the views of the city from way up high in these five-minute rides. The cable cars leave from the port and go up to the Montjüic Park. My son sat on the floor as he gets vertigo, so he missed the amazing views across the city! He managed to enjoy them anyway from the equally dizzy heights of the Castle right at the top of Montjüic Park. This is a gorgeous green oasis and also home to two fabulous art galleries. The castle  ramparts and cannons are a great place for the kids to run around and explore. We even had a very decent seafood paella at the self-service restaurant in the courtyard of the castle. Wander down through the park and you’ll come across all sorts of different play areas, making the descent fun and interesting for the kids.

The cable car (funicular) that reaches the Castle also connects the metro Para-lel with the Joan Miro’ Foundation. This is a manageable-sized museum to visit with the kids and Miro’s playful and colourful art is always a hit.