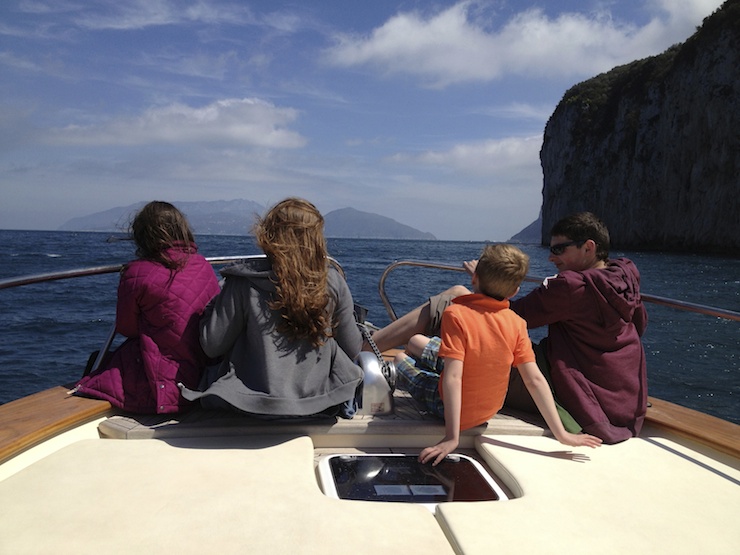 Kids on the boat to Capri. Copyright Gretta Schifano

Travelling with teenagers is easier than travelling with babies and young children in many ways. They’re not likely to wake you up at night, you can leave them on their own while you go off for a swim, they’ll probably be more open to trying different foods than they were when they were smaller and they can babysit their younger siblings if you ask them to nicely.

But travelling with teenagers can be tricky too. The last time that I went on holiday with my parents and siblings I was 14 years old and probably very annoying. We drove our camper van to the South of France and Italy and I argued so much with my Dad that I decided that I was never going on holiday with my parents again. And I stuck by that decision for about 20 years.

I’d love my children to want to come on family holidays for as long as possible. I asked some parents whose kids are teenagers (or older) for their tips on travelling with teens. Here are their wise words.

Tanya Barrow of Mummy Barrow says ‘My tip would be to give them the option of bowing out of a day trip if they don’t want to do it. There is nothing worse than dragging a grumpy teen around somewhere just because it is what you want to do. Use it as a bargaining tool if you have to “OK, you can skip this museum but I would like you to come to the art gallery on Thursday” type thing.’ Tanya’s children are 16,19 and 20 years old.

Chris Mosler of Thinly Spread says: ‘Accept, right at the start, that you won’t all want to do the same things at the same time and allow for some flexibility. Plan in plenty of food refuelling stops and be prepared for the day to begin later than you would like. Either go and do your own thing while they sleep or wake them up and be painfully cheerful and bouncy as revenge for the toddler years.’ Chris’s children are 19, 17, 15 and 9 years old.

Children’s author illustrator Suzanne Barton says: ‘Make sure that they want to go on the trip – make it clear to them that they don’t have to so that coming is their choice entirely. Involve them in the planning from the beginning. Email all of the information about the trip to them so that they can read all about it in their own time. Choose somewhere where they can go off on their own for a bit, or be left. No surprises.’ Suzanne’s daughters are 19 and 20 years old. 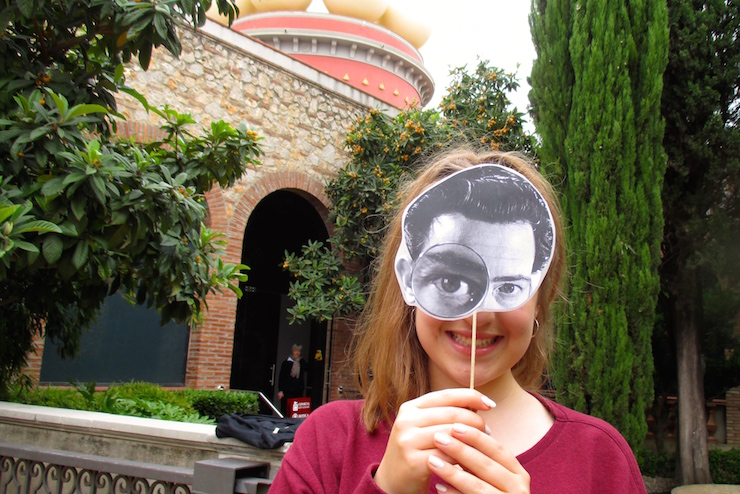 Afra Wilmore who blogs at Mad Mum of 7 says: ‘If your teens are tech-obsessed it might be tempting to either ban their gadgets completely on holiday or conversely allow them to spend as much time as they like on them so you can enjoy some peace and quiet and an easy life on holiday. It’s much nicer to take the middle road however so the children can enjoy gaming or social media or messaging with their friends but also actually actively take part in the family holiday!

Agree basic terms before you leave but prepare to be flexible. It’s OK to say “no gadgets at the dinner table” or it might suit you to allow them to have them while waiting for dinner so you don’t have stroppy bored teens flouncing about.Adapt as you see how the holiday pans out – you might be glad of the distraction for them in traffic queues or in case of airport delays.

Whatever you do don’t forget chargers and/or spare batteries which may be much more expensive if you are going abroad. And if you are going overseas investigate adding a pre-paid bolt-on for internet or mobile phone usage so your teen doesn’t run up a huge bill!’ Afra’s children are 6, 9,10,14,16,19 and 21 years old.

Kate Sutton of WitWitWoo says: ‘My top tip would be to make sure you have a battery charger with you for all things technological. As much as I like to think we would just enjoy each others’ company whilst travelling, I’m sure fellow parents of tweens/teens will understand that in reality, all they want is an iPod or phone to play on. And once that battery runs out, boy will you know about it. There is nothing on this earth worse than a bored tween. Trust me.’ Kate’s children are 11 and 20 years old.

BritMums editor Marianne Weekes of Mari’s World says: ‘My tip would be to have activities planned that will prevent them from saying ‘I’m bored’. When I took Thomas and Megan to Sardinia, then aged 16 and 14 respectively, I booked a scuba diving course that took up a couple of hours in the morning. They loved it. They learnt something new and were easier to please for the rest of the day when I wanted to visit the local market or town.

It’s all about give and take and coming together as a team. It was my first holiday with kids as a single parent and we camped in a tent but it was possibly my favourite holiday of all.’ Marianne’s children are 7, 24 and 27 years old.

Trish Burgess of Mum’s Gone To says: ’My tip for travelling with teens is that it’s not that different from travelling with toddlers – as long as they are fed and watered you are likely to keep them happy. Add free WiFi to the mix and you’re laughing.’ Trish’s son is 19 years old. 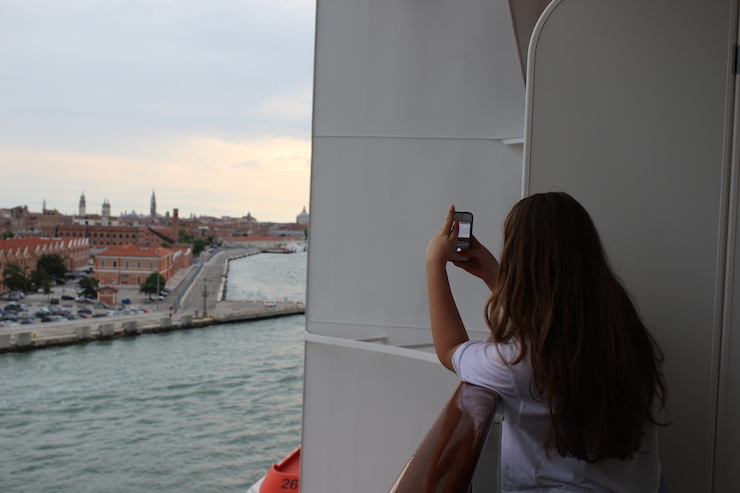 I agree with all of this advice, especially Trish’s tip about free WiFi. If you’re a parent of teens (or grown-up children) do you have any tips to add?

Check out my teenage daughter’s post: Travelling with teens: tips from teens.