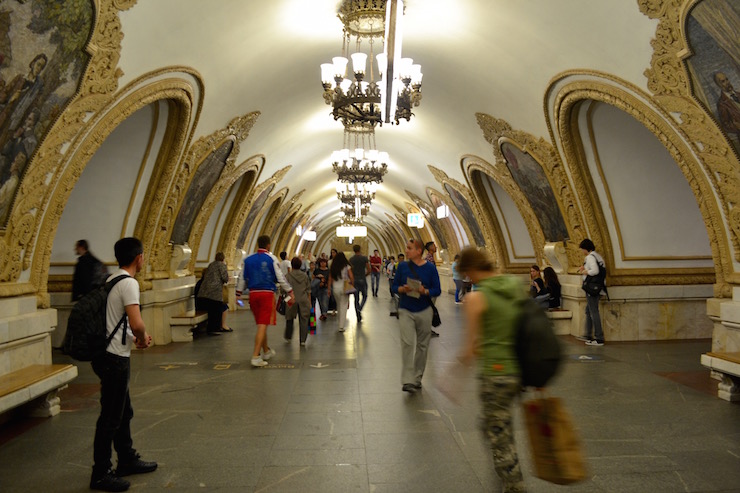 This is a guest post by 17-year old student Annabel Buxton. Annabel lives in Kent in the South of England and she’s sharing her experiences from a family summer holiday to Russia with her parents and brother. They spent the first part of their trip in Moscow.

‘This year we struggled to decided on our perfect family holiday. My brother and I are 14 and 17 respectively and my Dad is just not interested in a holiday by the pool, so we searched for something different. After much deliberation we decided to book a week-long trip to Russia, starting in Moscow and then transferring via the Trans-Siberian railway to St. Petersburg. We booked our holiday through the Russian tourist board who organised the flights and hotels, helped us apply for visas and generally organised our whole trip. 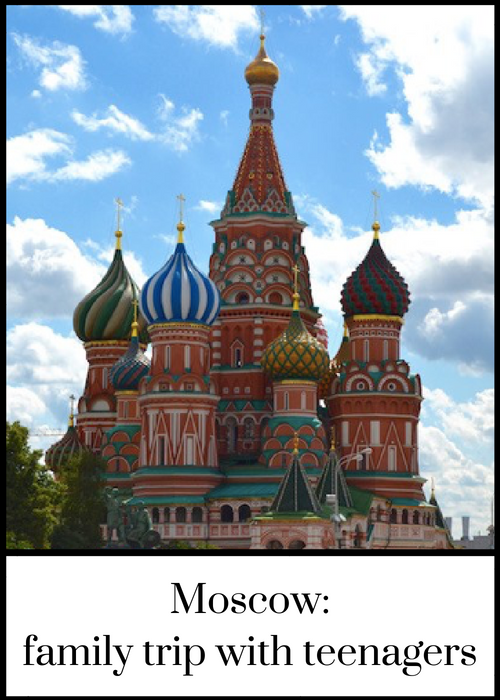 We arrived in Moscow after a very early start and a pleasant four hour flight to sunny weather. It was a quick transfer to the hotel, Best Western Vega Hotel. The hotel was chosen for us by the tourist board. It was very large, we were on the 21st floor, and it had two restaurants and numerous convention centres. There was plenty of choice for breakfast, from muesli and yogurt (my choice) to sweet corn and stir fry! The decor was quite dated throughout but the beds were very comfortable and they are in the process of updating the rooms. It is situated in a hotel complex that was created as the 1980 Olympic village so it is slightly outside of the main city. Although it is not walking distance from the centre the metro is much nicer than the London Underground, with decoration that was best described by our tour guide Tatyana as like a ball room, and the metro station for the complex is only four stops from the city centre.

We began the trip with a whistle-stop tour of the major city sites and a very helpful underground tour from our guide Tatyana. She explained how the tickets worked and showed us where our stop was so that we could use the metro in the afternoon to explore. The metro is not stuffy like our tubes and the stations are large because people meet there in the winter months. My tip when exploring Moscow would definitely be to use the metro, just don’t forget to stroke the nose of the statue of the dog when passing through Kurskaya – the Russians are very superstitious!

When we went out for lunch and dinner we noticed that they are very big on sharing food in Russia. They don’t tend to order for each individual but rather a selection of dishes to share. This was something that we were not used to and consequently caused a lot of confusion for the waiters! Another thing we noticed is that Russia is much cheaper than England. The exchange rate is around 1 pence to 1 ruble so fine dining becomes much more affordable. Our evening meals averaged at around 6,000 rubles, which is £60, for the four of us. At home we spend on average £100+ for a meal out. Furthermore, we had a drink at the café in the hotel and my parents’ beers cost £1.50 each!

The best restaurant we visited in Moscow were the Romanov bar in a square parallel to Red Square and the Bosco Cafés which were part of the Gum department store in Red Square. 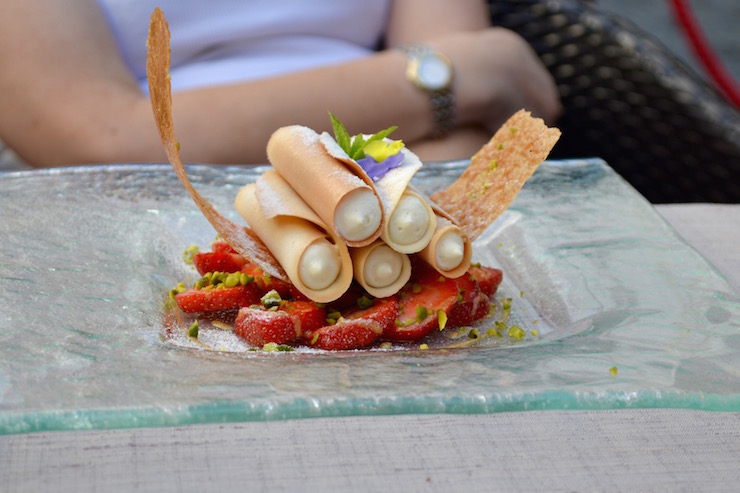 In Russia they use a mixture of the Roman alphabet and the Cyrillic alphabet. I would highly recommend purchasing a phrase book which gives you the Cyrillic and standard versions of each word because sometimes it’s quite difficult to work out what the Cyrillic says! For example Pectopah is Restaurant but you would never guess that! We took the DK Eyewitness Travel Top 10 Moscow and Top 10 St Petersburg for our trip and found them very useful. Although they lacked a large phrase book they did have restaurant and shop recommendations as well as places to visit and things to avoid, like public toilets.

During our tour of the city on our first day our guide Tatyana offered us a ‘comfort break’ which consisted of visiting a green metal building reminiscent of a large shipping container beside the road in a wooded area. Although my dad and brother didn’t seem to mind the men’s toilet, we were firstly greeted by a horrible stench and then went in to find a woman living in the ladies loos and to my horror, the toilets were a series of cubicles which each had a hole in the floor. Needless to say, both my mum and I decided to wait until we went to a restaurant later before using a toilet!

One thing that I do think sets Moscow apart from other cities though was the cleanliness. There was no litter, I did not see a single cigarette butt, and there were street cleaner vehicles cleaning the roads and pavements constantly. 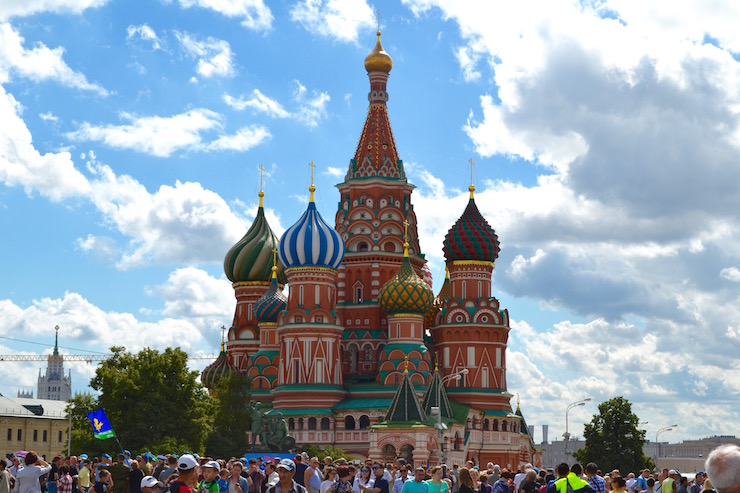 In essence Moscow is a very interesting city, especially inside the Kremlin, however due to the spread of the tourist sites a tour guide is necessary. It is not a city that is as pretty as St Petersburg due to the soviet era high rise flats which were built in the the 70s and 80s to tackle a population boom. My brother (14) really enjoyed our stay in Moscow. He enjoyed exploring and experiencing a new culture (especially the food!) However, there was a lot of walking and sightseeing that perhaps a child under 14 may not enjoy.’

Have you ever visited Moscow with your kids? What do you think of it as a family holiday destination?

Check out Annabel’s post about their time in St Petersburg –