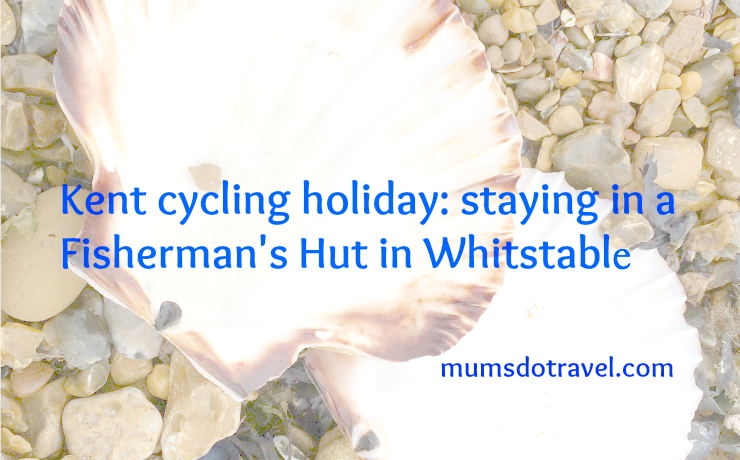 In April I went on a brilliant cycling trip with three friends.

It was a birthday trip for my illustrator friend – she loves cycling, as long as there are no hills. When I came across a tour called Kent For Art Lovers on the Carter Company website, I thought that it would be ideal.

The tour includes two nights in a Fisherman’s Hut in fashionable Whitstable, Kent, breakfast at Hotel Continental (about five minutes’ walk from the hut), cycle hire and detailed maps and directions. 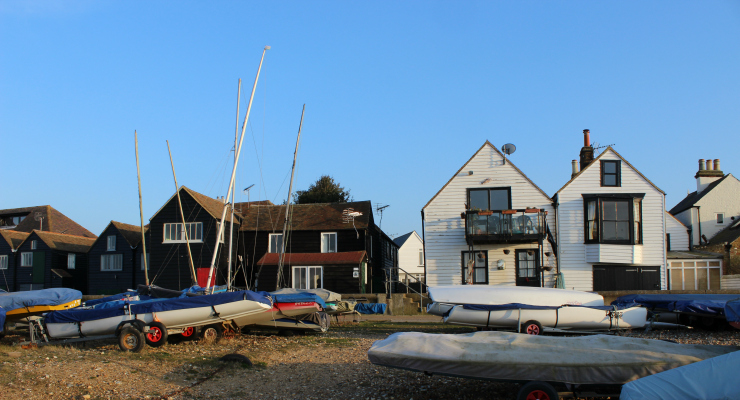 We arrived at Hotel Continental to check in at 10.30 am, as we’d been asked to collect our bikes at 11am. We couldn’t actually access the Fisherman’s Hut until that afternoon, so we left our stuff in our cars in the hotel car park and strolled up to the bike hire shop, a few minutes’ walk away.

Whitstable is a vibrant, bohemian seaside town on the coast of Kent, in the south of England. Whitstable is famous for its oysters, and is full of quirky, independent shops and eateries. An hour and 45 minutes from London by train (and around the same time by car), it’s a popular weekend destination for visitors from the capital.

We were met at Kent Cycle Hire by the owner, Bernard, who was extremely helpful. Bernard sorted us out with bikes, helmets, panniers, lights, locks, maps and directions, as well as recommending a place for lunch (Elliotts café on Harbour Street – thank you Bernard). He also kindly lent us a key so that we could store the bikes at the hire shop.

After lunch we drove to Margate, 18 miles away, to visit the mysterious Shell Grotto. Discovered in 1835, nobody knows for sure why the grotto is there, or who created it, or when. It’s an astonishing sight – 4.6 million shells laid out in intricate designs through 21 metres of underground passages.

Back in Whitstable, we moved in to our two-storey Fisherman’s Hut (number 4) on the beach. The hut was cosy, modern, welcoming, spotlessly clean and had marvellous views of the sea. Downstairs was a double bedroom, kitchen and bathroom and upstairs an open-plan double bedroom and living area. The hut was well-equipped with wifi, heating, fridge, dishwasher, microwave, kettle, toaster and TV. 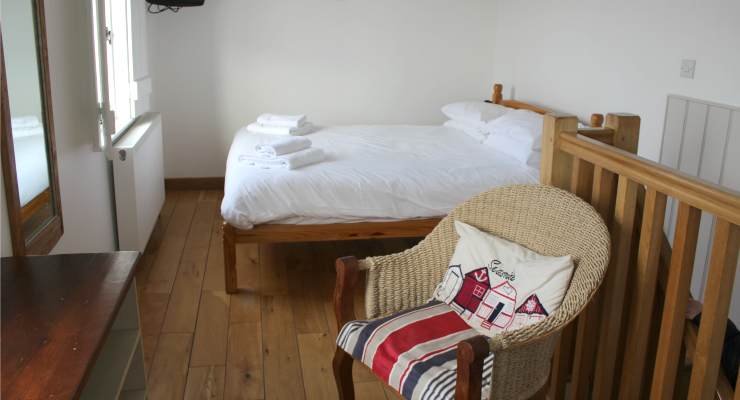 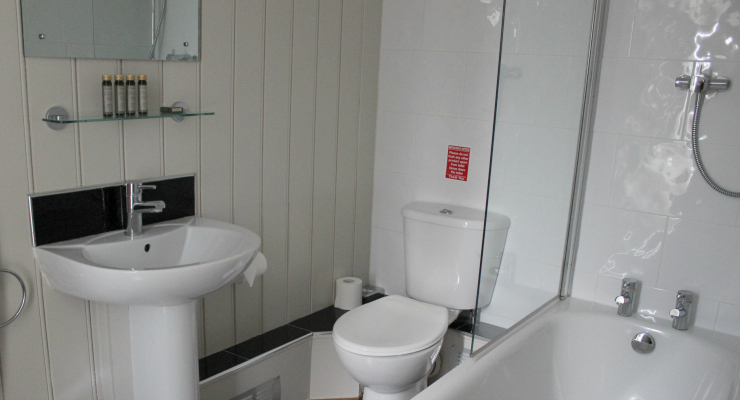 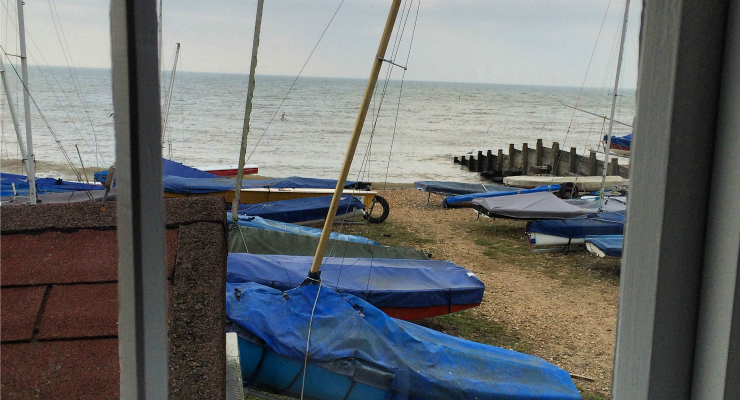 The next day we cycled along the coast and cross-country to the historic town of Faversham and back. We cycled for 17 miles in total, but it felt further because it was a cold, sunny day. We used the Ordnance Survey map and detailed directions provided by The Carter Company. We were a bit lost a couple of times, but we ended up in the right place. 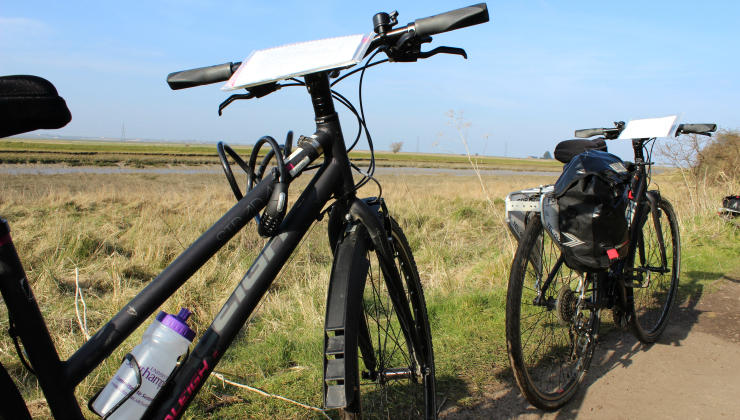 In Faversham, the plan was to do some cultural stuff (the tour was Kent For Art Lovers, after all). However, the information about where to go and what to do in Faversham wasn’t in our Route Directions – it was on a separate document. Which we’d left behind at the hut. We were pretty cold, so we decided to have lunch and warm up at a café instead of going to any galleries. Havishams Coffee Shop did the job, and then we explored the pretty town centre on foot before setting off back to Whitstable. 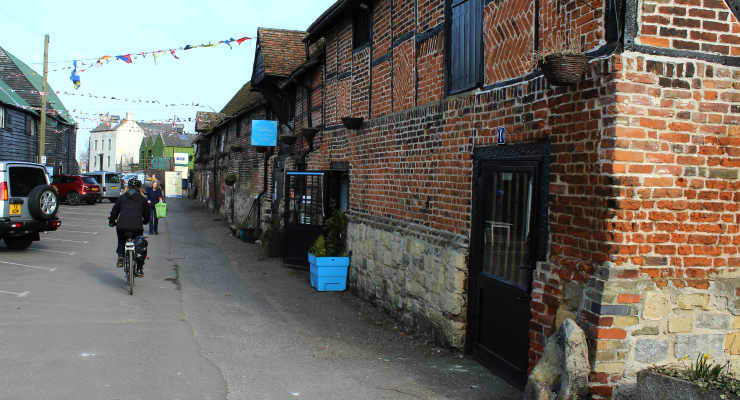 Our second day of cycling was much harder than the previous day had been. Maybe because we were tired from cycling to Faversham, maybe because one of my friends had persuaded us to try her favourite whisky the night before, maybe because the sun had disappeared and we were cycling into the wind, we just didn’t make much progress. According to our itinerary, we were meant to cycle to Margate and back – a round trip of 34 miles. We cycled along the coast to Herne Bay, five miles away, and stopped there for a hot drink at Makcari’s café in the central bandstand on the seafront. Makcari’s is a cheerful, welcoming place – the friendly owner brought some tiny scoops of his homemade ice-cream to our table for us to taste. We cycled on a little further after that, before deciding to turn back and find somewhere for lunch in Whitstable instead. This was an excellent decision – we ended up having a superb late lunch at the delightful Whitstable Oyster Fishery Co Restaurant, before checking out and setting off home. 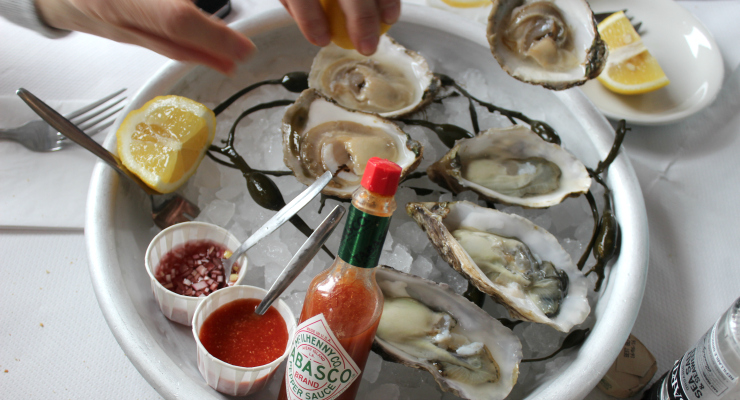 Where to eat in Whitstable

Whitstable offers a great choice of high quality places to eat. We had a good breakfast at Hotel Continental on both mornings of our trip, lunch at Elliotts café, and dinners at Samphire Bistro and Birdies Restaurant. I’d recommend all of those, but my favourite meal was lunch at Whitstable Oyster Fishery Co Restaurant just before we left. The others had oysters (I’m allergic to shellfish) and said that they were delicious – apparently oysters have been farmed in Whitstable since Roman times. 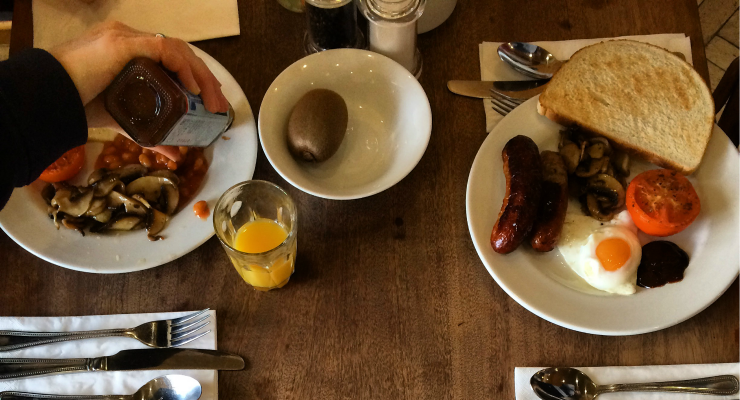 I really enjoyed this trip and would definitely recommend it. The accommodation was great, cycling was fun (despite the cold weather) and everywhere that we ate was very good. Whitstable is a vibrant place to visit and it’s in a beautiful area of Kent. The accommodation would also work for families with children, with or without the cycling element. 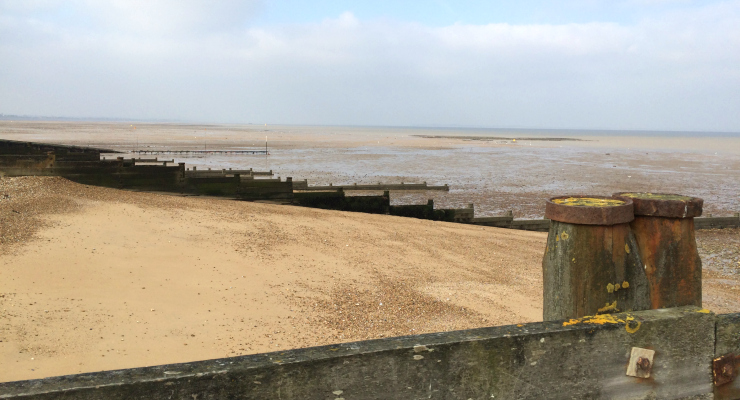 Does this kind of trip appeal to you, with or without kids? Is there anything else about the trip which you’d like to know?

All words, images, opinions and lack of endurance cycling are my own. This post contains affiliate links, which means that if you clicked through and booked I may receive a small commission. All opinions, images and words are my own, as ever.