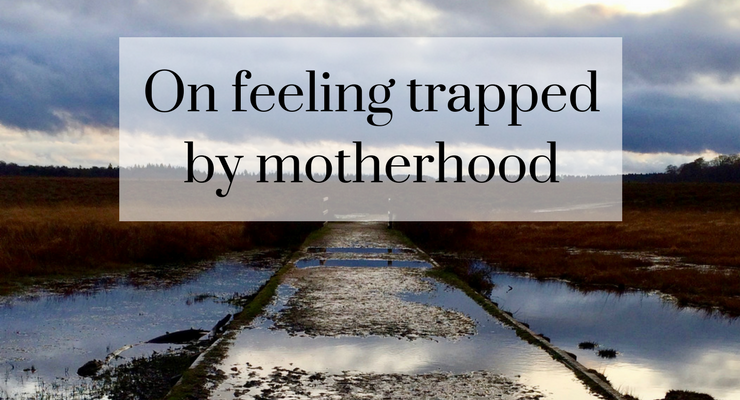 At the moment, I feel trapped by motherhood. This may surprise you, as my kids are both teenagers, and it’s generally accepted that the baby years are the hardest. But I really didn’t feel like this when my two were tiny. I love my kids unconditionally and would – literally – die for them. Becoming a mum, though birth or adoption, is the most precious and wonderful thing, and I never take it for granted. But I find being a mum to teenagers the most demanding, worrying and restricting of all the stages of parenthood that I’ve been through so far*.

The things is (and I’m speaking from my own experience here – I realise that this isn’t the same for everybody), when kids are tiny you can generally control their world and make things OK for them. So if they’re upset, they’re probably tired, hungry, thirsty, bored or can’t find their favourite toy. And usually you can work out what the problem is and help them. It’s tiring, but they (mostly) go to sleep at a reasonable hour, which means that you have time in the evenings with your partner, if you have one. If you want a break, you can leave babies and young children with a babysitter. It’s easy to meet other parents with kids the same age – at playgroup, at nursery and at the school gate – and support each other through the various childhood stages. With babies and young children, you always know where they are, and when they go to friends’ parties your biggest worry is them having too much sugar. As for travelling, you just scoop them up and take them with you wherever you’re going – although you do have to drag some extra baby gear with you on your trip.

With teenagers, it’s a whole lot more complicated. If your teen is upset it could be about anything, and they may not tell you what that anything is. It could be that they’re being bullied. Or maybe one of their friends is taking drugs and they’re worried about them. Or perhaps they’re feeling exam pressure. It could be that they’re unhappy about their weight, their skin, their clothes, their hair, their sexuality. If they talk to you about a problem (and it’s great when they do), you most likely can’t solve it, so all that you can do is discuss things with them, try to offer some advice and then (if you’re anything like me) take it on as your own worry.

Teenagers probably go to sleep later than you do, so you and your partner have no time to yourselves in the evenings – unless you go out. But your kids are now too old for a babysitter, so when you do go out you have to trust that your teen won’t raid the drinks cupboard, have their friends over for a party, leave the gas on, or do anything else to endanger themselves or others.

You don’t see other parents at the school gate because you don’t go near it – teenagers mostly travel to school independently or are dropped off by car. Your easy network of mum mates scatters, and although you’re still in touch with them it’s harder to find time to talk things over.

Teenagers’ social lives are independent of you (as they should be) and this means that you don’t always know where they are, who they’re with or what they’re doing. When they go to parties, you probably don’t know the parents of the person hosting the party, and you have no idea how responsible they are. You just have to hope that your child won’t drink so much vodka (and there will be vodka) that they pass out, and that they’ll be strong enough to keep away from drugs.

Apart from all of the above, the hardest thing for me to handle at the moment is the limits that this particular stage of parenthood puts on our travels. Both of my teens have, at one time or another, refused to come on family holidays. Our daughter (now at Uni) has got past this stage and is now keen to travel, thank goodness, but our son would rather be at home than anywhere else. And that’s fair enough – he’s his own person, and just because travel is my passion, it doesn’t have to be his. But, at 15, he can’t stay at home alone, so we either have to entice him to come on family trips (see my post What to do when your teenager doesn’t want to go on your family holiday for how to do this) or we don’t go. Which makes me feel a bit sad and a bit hemmed in, although I know that this stage will pass.

So, I’ve decided to try and find ways to go on mini expeditions and adventures close to home, without the kids, to stop me from feeling trapped. I’m thinking of experiences such as kayaking in the New Forest, sleeping in a hammock in Kent, off-road driving in the Forest of Dean and climbing the O2, all of which I’ve tried and really enjoyed. Because in no time at all our son will be old enough to look after himself and I’ll be free to go where I want to go. In the meantime, it’s up to me to find adventures which are achievable right now.

Do you ever feel trapped by parenthood, for whatever reason? What do you do when you feel like that? 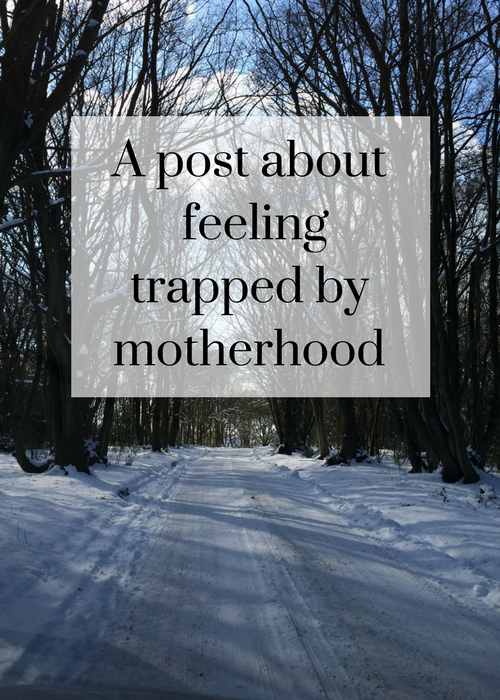 *Apart from, possibly, when our son was initially placed with us for adoption and he didn’t have a passport. And then when we took him abroad for the first time and our social worker warned us that if he became ill while we were away then she or one of her colleagues would be coming out to join us on our holiday.