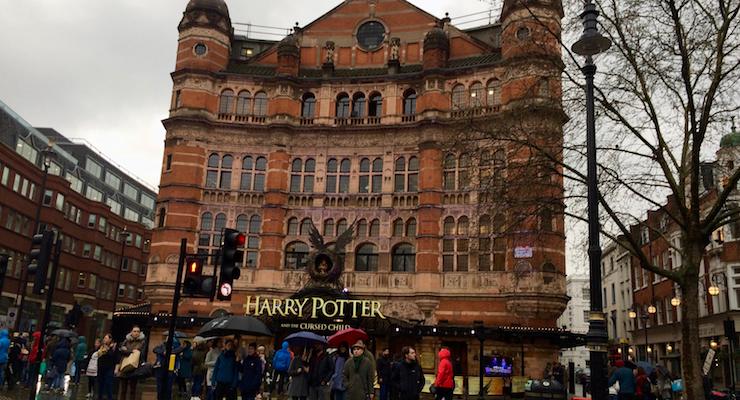 During my university Easter holidays, Mum and I went to see Harry Potter and the Cursed Child on stage in London’s West End. As a life-long Harry Potter fan (we have two copies of the last book in our house, as mum and I both wanted to read it the second it came out) I had been wanting to see the play for ages, but we had both accepted we never would get to see it. Everyone’s heard the horror stories of buying tickets two years in advance, or of spending hundreds of pounds on seats. However, this post is here to tell you that it is possible to get tickets, with just a little bit of work. 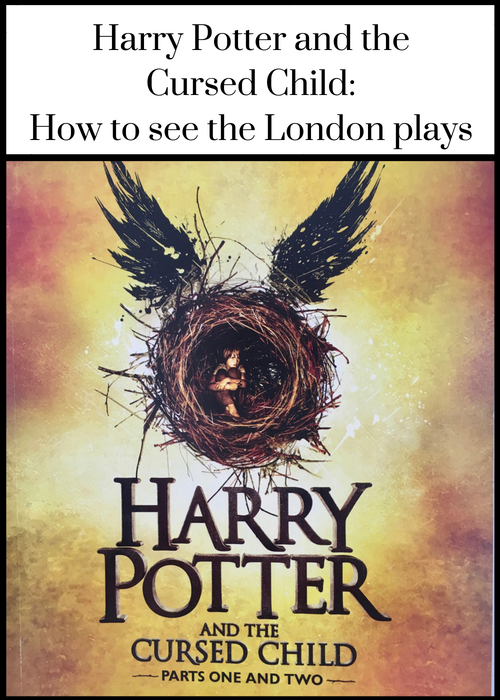 One thing to note is the structure of the play: it is split into two parts, so you need to see both performances. We, like most people, saw both parts on the same day, which I would definitely recommend doing. It is possible to book seats for just one of the parts, but I’m not sure it would be very worthwhile – the experience would definitely be far better if you saw the parts one after the other. On Wednesdays, Saturdays and Sundays, you watch the plays as a matinee and then as an evening performance; you can also see the plays on Thursday and then Friday nights. Because it is split into two parts, it is effectively two plays, so you need to pay for two seats. This means that the price of your seat is doubled, so you need to factor this in when buying your seats. You may be happy paying £50 for a ticket, but then you need to consider if you would be willing to part with £100 to watch both plays. The combined price for both parts ranges from £30 to £150. Whilst I would have loved to have a closer view, our £15 seats (the only ones available for the day when we wanted to go) were actually really good. A couple of rows from the front of the Balcony, we had a really good, clear view of the stage, and it didn’t feel restricted at all. However, my friend went recently and sat at the top of the Balcony, and said the view was alright but that at certain points in the play they couldn’t see what was happening on stage. I can’t give specifics as this would give away some of what happens, but realistically you only wouldn’t be able to properly see a couple of minutes of the 4-5 hours of play time; however, if this is something that would concern you, check online seating plans to see how far back you would be.

Once I managed to book tickets, we were seeing the play less than a month later. Whilst some people do have to book tickets months and months in advance (tickets are currently on sale until April next year), many manage to get tickets at much more short-notice.

One way of doing this is entering the Friday Forty, a weekly lottery. Log on to the play’s website at 1pm every Friday, and you could be in with a chance of winning one of 40 seats for the next week’s shows. These are only £20 per part, but are some of the best seats in the theatre. It’s definitely worth a try, and if you manage to get the tickets I can imagine it would be amazing, but you realistically have a very slim chance of getting seats.

A more fruitful way of getting tickets, which is what I did, is to just try, try and try again. The play’s website says that ‘returned tickets and other late-release tickets will become available daily’, and this is what I took advantage of. It only took a couple of days of checking for me to get the tickets. Tickets are sold through two websites (Nimax and ATG Tickets) and I looked on both of these. One thing to be aware of if you’re booking multiple tickets is that the website might show that they have tickets available, but not actually let you book them. This will be if they have tickets, but none that are next to each other (for example, if you’re trying to book two tickets, and they technically have them available but they are actually at opposite ends of the theatre). I would say to not try and book separate seats, and definitely persevere with checking the website. If you’re lucky, you’ll be seeing Harry Potter and the Cursed Child in a matter of weeks, like I did.

In case you don’t know, Harry Potter and the Cursed Child follows on from the Harry Potter story, 19 years later. Harry, Ron and Hermione are as we knew them, but in their late thirties, with children, jobs and middle-aged stresses.

As a piece of theatre, the show is amazing (don’t worry, I won’t give you any spoilers). The special effects are like nothing I’ve ever seen on stage before. Harry Potter fans will know that polyjuice potion is a potion used throughout the series, which enables the user to take on the appearance of someone else for an hour. The characters in this play take it, too. They turn into other people. On stage. Magic is the only explanation for this.

However, as a continuation of the Harry Potter story, I’m not massively sold on it. Some of the characterisation seems very odd, and not in line with the characters we knew from the series. This, perhaps, is because whilst J. K. Rowling helped formulate the story, she didn’t actually write the play. It would be hard to say more without giving away any of the story, but, ultimately, I am very glad I saw the play. It was an amazing opportunity to be able to see it, and it was absolutely incredible to watch.

What to do between the plays

If you see the play as a matinee and an evening performance on the same day, as mentioned above, you have a break of about two hours in between the parts. In this you are not allowed to stay in the theatre, although I can’t see why you would want to – the break falls over mid-afternoon, and the theatre (the Palace Theatre) is in the heart of London’s Soho. We walked for around 15 minutes to Covent Garden and ate at the (relatively) new vegan restaurant by CHLOE, which has a delicious fast-food-style menu, featuring vegan burgers, salads and even mac and cheese. In the area, though, there are hundreds of restaurants, cafes and pubs, to suit any food preference.

On our way back from dinner, we popped into the House of MinaLima, which is just around the corner form the Palace Theatre, at 26, Greek Street. MinaLima were the graphic designers on the Harry Potter films, and the House of MinaLima shows some of their original graphics work. You can see artwork that features in the films, like Azkaban ‘wanted’ posters and Weasleys’ Wizard Wheezes packing. You can also buy a variety of their art prints. One thing to note, though, is that the building is quite small, with steep stairs, so it can feel quite busy and isn’t that accessible. 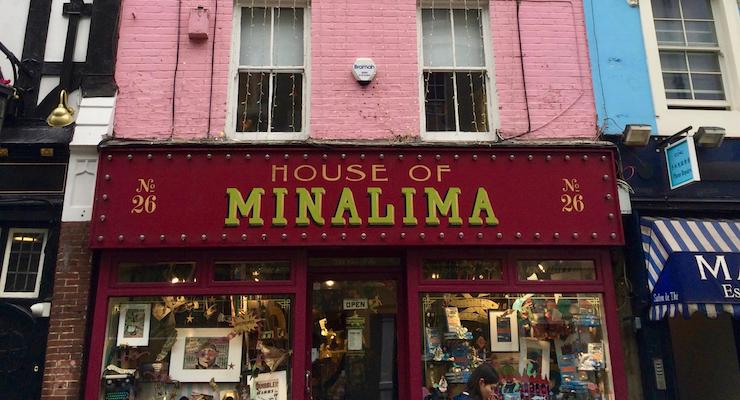 I am so glad that we managed to see Harry Potter and the Cursed Child, and that we didn’t have to book it months in advance. Seeing the play was an incredible experience and I would definitely recommend it to anyone, regardless of if they were a Harry Potter fan or not. The show is truly spectacular and feels so different to many other West End shows.

You can book tickets for the show via ATG Tickets.

For more on Harry Potter, check out these posts:

17 places to find the world of Harry Potter in London