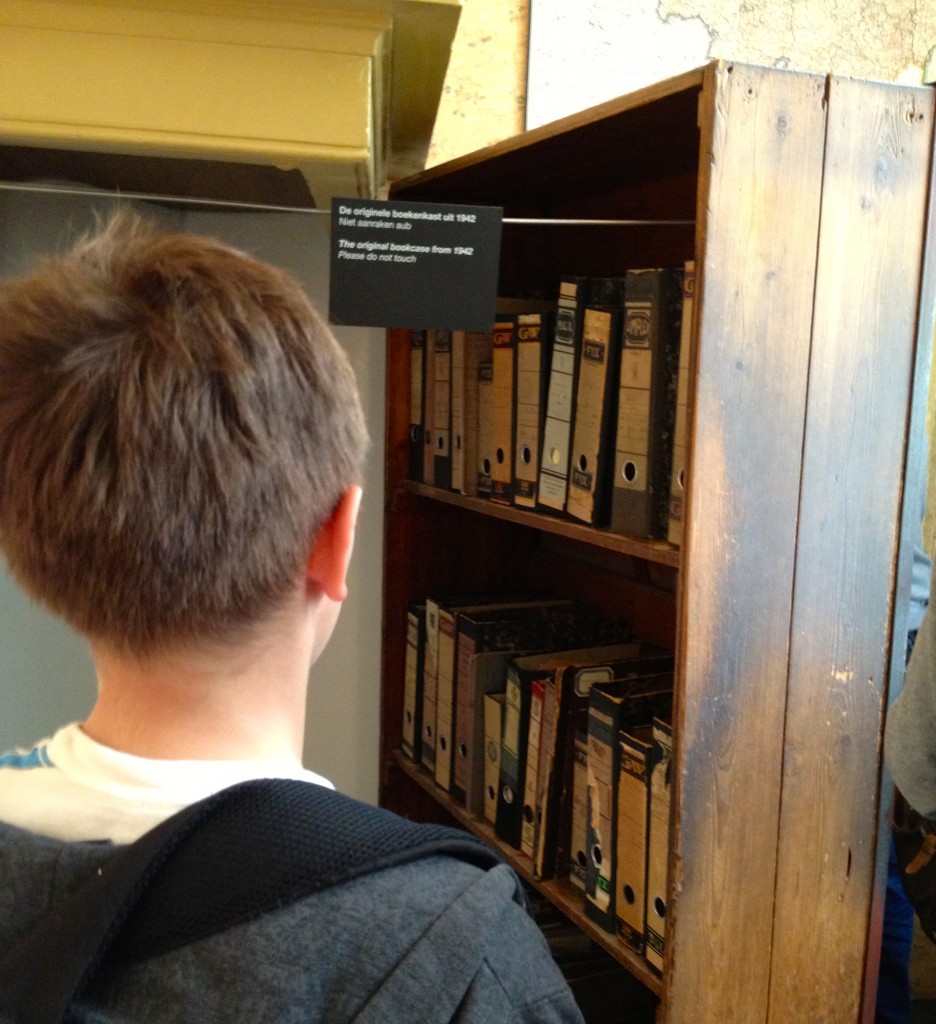 While in Amsterdam my ten year-old son and I visit the secret annexe where Anne Frank, her family and four other Jewish people hid from the Nazis from July 1942 until August 1944. The rooms are part of the Anne Frank Museum in the city centre. I read Anne’s diary when I was at school and know her story well. I feel moved to be stepping in her space, the very place where she lived, dreamt, loved and wrote from the age of thirteen to fifteen, the age of my daughter now. The rooms in the secret annexe are empty but there are poignant signs left behind by Anne and the rest of the group. Anne’s bedroom wall is covered with pictures of film stars which she cut out of magazines and glued there. In the corner some pencil marks on the wall show where Anne’s mother, Edith, recorded the heights of her two daughters during their time in hiding. Progress through the annexe rooms is slow and silent as visitors inch their way along, absorbing everything. The eight people in hiding here were eventually betrayed and sent to Nazi concentration camps where around six million Jews were murdered. Of Anne’s group only one person survived, her father Otto.

But while the visit is a moving pilgrimage for me, my son is completely bored. I tell him Anne’s story beforehand and he thinks it’s very sad, but there’s nothing to engage him at the museum. The only thing he’s interested in is seeing the visitors’ book where Justin Bieber wrote his infamous remarks but it doesn’t seem to be on display – maybe it only comes out for famous people. I have no problem with my son being bored, but I’m disappointed because I think it’s really important for children to know and understand what happened in the holocaust so that it never happens again. Our visit prompts family conversations about prejudice, racism, Hitler, the holocaust, Nazis and democracy but I wish the museum did more to engage with young visitors. 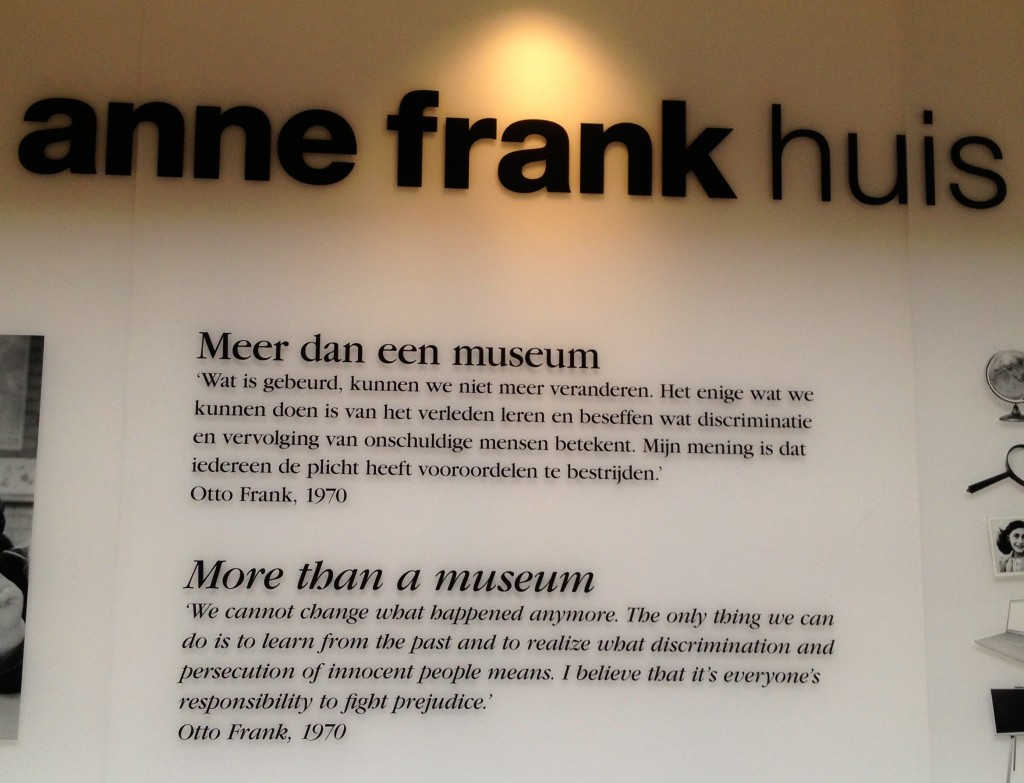 Family travel lowdown: Tickets for the Anne Frank Museum can be booked online to avoid queueing and at the time of our visit cost €9 for adults, €4,50 for children from 10 to 17 years (under-10s are free). My ticket was free of charge for the purposes of this review. Thanks to holland.com for arranging our trip to Amsterdam and to KLM for providing our flights from Kent’s Manston airport.