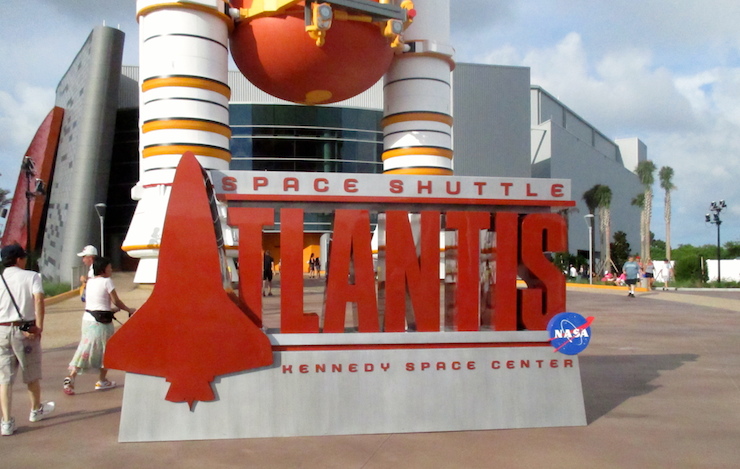 The last thing I expect to find when we visit the Isle of Wight is a secret rocket testing site. I wasn’t even aware that Britain had ever launched a space rocket. But we come across an exhibition in Newport called Chasing Sputnik and learn that rockets were indeed tested on the island during the Cold War.

We saw a rocket launch at Cape Canaveral in the summer and enjoyed visiting the impressive Kennedy Space Center. It was thrilling to see the Atlantis space shuttle and interesting to hear astronauts talking about their experiences in space. This vast attraction is a major Florida tourist destination visited by millions each year. My husband and I decide that we have to see the British equivalent and so head to The Needles with the youngest the following day.

The Needles rocks sit at the island’s western tip and are overlooked by a fort under the care of the National Trust after years of military control. After parking at The Needles Park (a tacky amusement park which we avoid) a beautiful twenty minute walk up the hill takes us to the Old Battery.

This Victorian fort perches above the Channel and was used during both World Wars. There’s a tunnel from the parade ground to a look-out post with great views of The Needles and some interesting exhibition rooms showing what life was like for soldiers living at the fort in Victorian times. 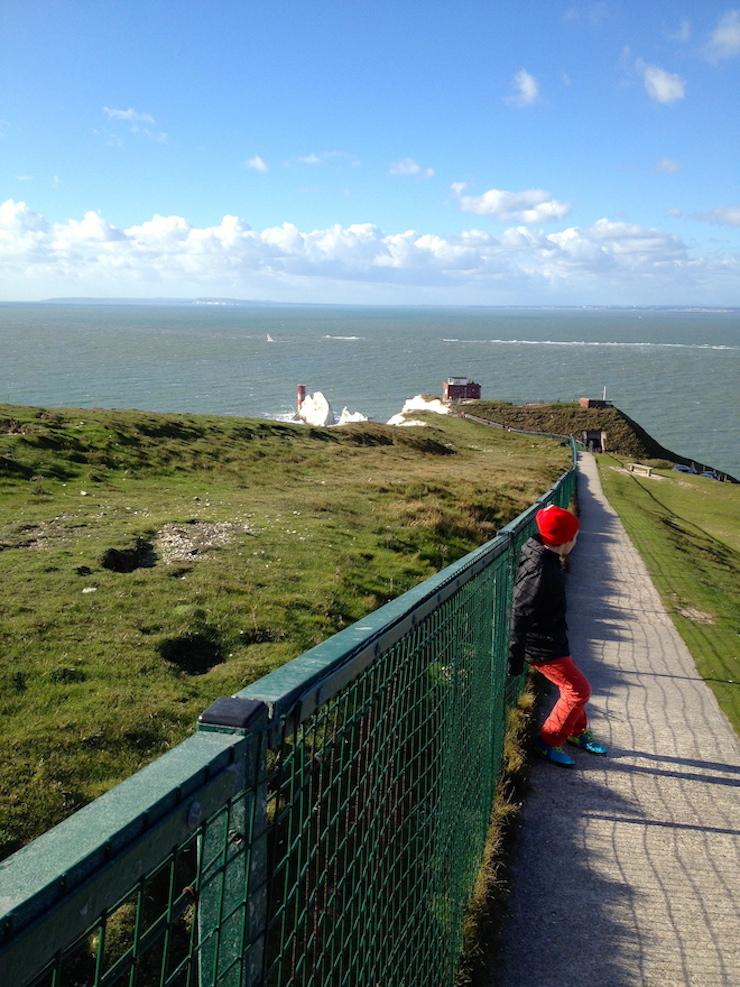 The Needles, the Isle of Wight. Copyright Gretta Schifano

From the Old Battery a few minutes’ walk takes us to the intriguing New Battery. This is where the secret rocket testing site was until the government of the day shut down the whole program, just after the first successful British satellite launch in 1971 from Australia.

The New Battery is fabulous, free to enter and as far removed from the Kennedy Space Centre as it’s possible to imagine. Reclaimed from abandoned, rubble-filled rooms by a group of volunteers keen to share its unique history, it reveals itself slowly. The three exhibition rooms sport peeling paint and buckets to catch the drips. The exhibits are quirky and random and include model rockets and some salvaged launch control equipment. There are some framed posters on the wall explaining that between 1965 and 1971 five Black Arrow rockets were built on the Isle of Wight and tested here, at The Needles. The fifth of these rockets was never launched and is now in the Space Gallery at London’s Science Museum. My favourite room contains a brilliant representation of the rocket launch control room by the artist Tom Hall. The contents of the room, including the clock and the broom, are made entirely of cardboard :

Outside, the actual rocket testing launch site sits in a naturally hidden bowl of land facing out to sea. It’s green, windswept and empty with just a few concrete base structures to mark it. The whole place is marvellous.

Entry is free to the The Needles New Battery. At the time of writing, entry to The Needles Old Battery is £4.80 for adults and £2.40 for children. Access to the properties is shut off if it’s too windy, so it’s best to check the National Trust website before visiting. Thank you to the National Trust for providing our tickets for the purposes of this post.

Disclosure: We were guests of the National Trust for the purposes of this review