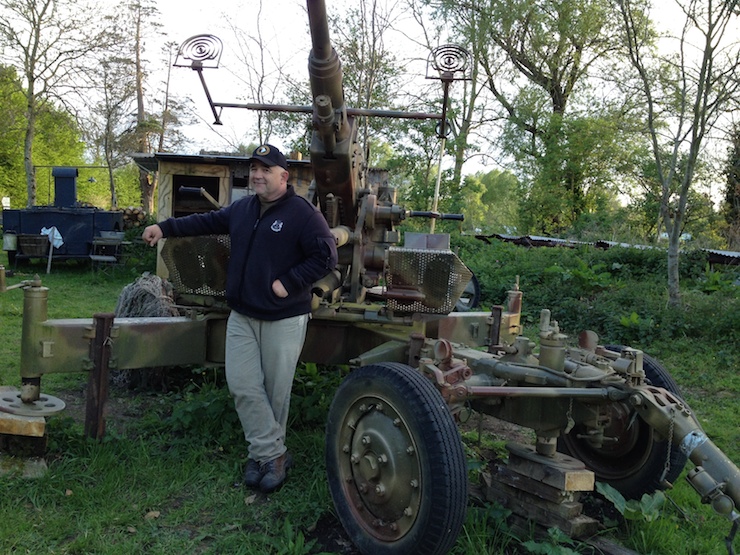 ‘Get down. In the ditch,’ orders the American soldier in an urgent whisper. Instantly my companions melt into the grass at the side of the country lane we’ve been creeping along. A soldier crouches on each side of the track, gun at the ready.

I stay upright and look down at my cream jacket, cashmere scarf, favourite skinny jeans and long leather boots. I can’t really see them in the dark but I know they’re there.

‘I don’t want to lie in the ditch,’ I whisper back.

‘But the Germans are coming.’

I lie down in the ditch with the others and wait, willing myself to suspend my disbelief. The grass is wet and cold. In the distance I see two lights wobbling towards us along the lane. As they get closer I see that the lights are attached to old-fashioned bicycles ridden by World War II German soldiers. I start panicking that they’ll spot my jacket and shoot me. Then I tell myself not to be ridiculous.

An hour later I sit at a long wooden table in the Holdy Battery farmhouse B&B drinking home-made cider with my companions: two other journalists, a Normandy Tourist Board PR, farmhouse owners Jean & Pascale Ferrolliet and a gaggle of local men and boys wearing World War II uniforms and civilian outfits. There’s 1940s music playing and the cosy room is lit by lanterns. Jean is explaining to us in French how this farm was used as a temporary field hospital in the battle that followed the D-Day landings. 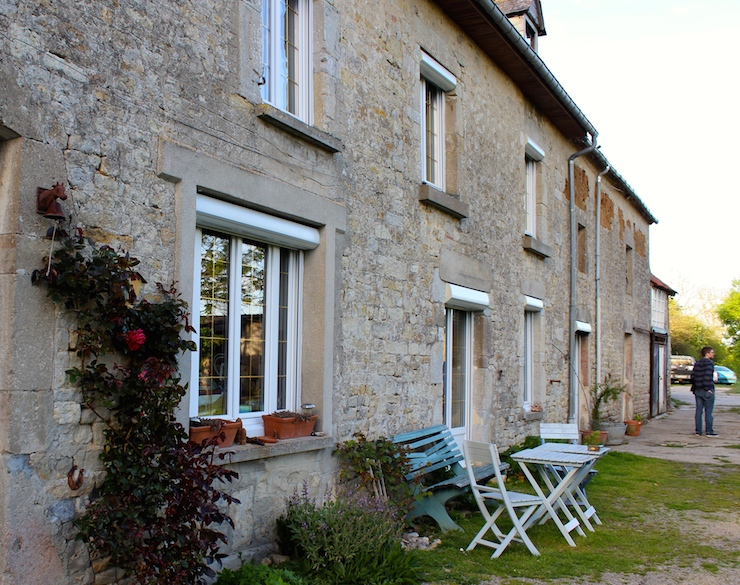 Jean is passionate about showing people what happened here in the countryside around Sainte Marie du Mont during World War II. The village is just a few kilometres inland from the Normandy coast. Jean organises re-enactments of the events of the night of June 5th 1944 when Allied soldiers were parachuted behind enemy lines in order to secure strategic points before the D-Day landings on the beaches nearby a few hours later. He has an original 1940s Jeep and has recreated the German Holdy gun battery in a field behind his farm. We experienced a mini version of the full re-enactment which includes a battle with noisy-but-not-real ammunition to capture the gun battery from the Germans. The full event uses around twenty actors – Jean says it feels like there are 200 of them because they pop up all over the place – in authentic costumes to recreate what happened when US paratroopers arrived here and took the Holdy Battery from the Germans that night. This is truly bringing history alive and it’s thrilling to be a part of it. 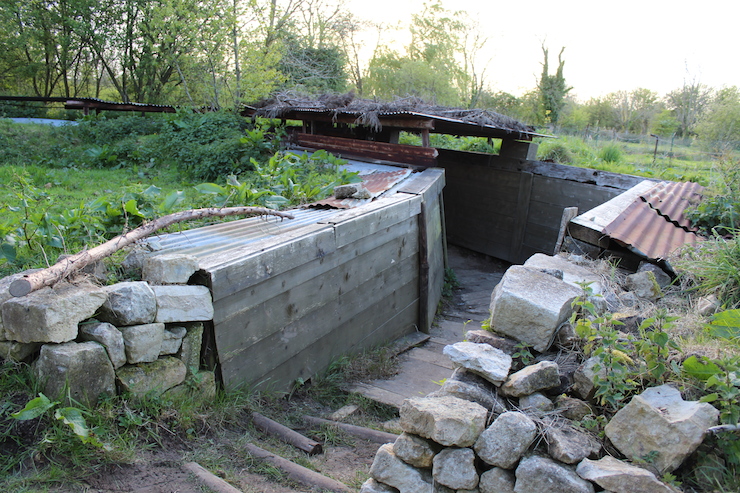 Jean assures us that children love taking part in his re-enactments. There are two young French boys involved on the night we’re there. They look to be around ten years-old and are clearly enjoying themselves. Jean says that children as young as six years-old have come along and loved it but I’m not sure that all young children would like the gunfire or the dark. I enjoyed the experience and would definitely recommend it – but make sure you wear warm, practical clothes and shoes and leave your cream jacket at home.

Willy’s Jeep Tour re-enactments cost from 200 euros for a group of eight people. Thank you to the Normandy Tourist Board and Brittany Ferries for arranging my trip.