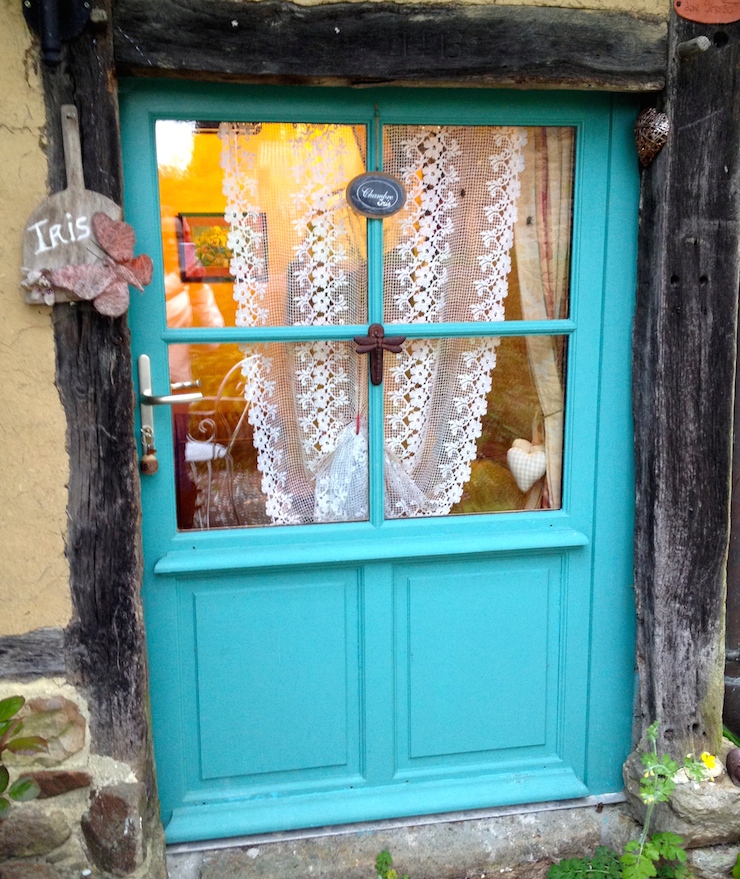 I went to Normandy recently to find out about D-Day for families. It’s the 70th anniversary of the D-Day landings this summer and there’s lots going on. Normandy is a beautiful region on the North coast of France with sandy beaches, rolling hills and pretty towns and villages.

There are some great options for family accommodation in the area – here are some recommendations of places I’ve stayed and places I’d like to stay.

If you’re looking for somewhere rustic you’ll love quirky La Bergerie in the hilly Suisse-Normande area of Normandy. Charming owners Frédéric and Sylvie Leblond have spent the last few years converting some eighteenth century farm buildings into a welcoming and comfortable chambre d’hôte (a French B&B) and also offer three self-catering cottages. Sylvie’s farmhouse-kitchen breakfasts are wonderful – I loved the home-made jams and the honey from the farm next door with the bread we’d helped Frédéric make in the farm’s stone bread oven the evening before. The couple also offer fascinating tours of the area in a purple London taxi. 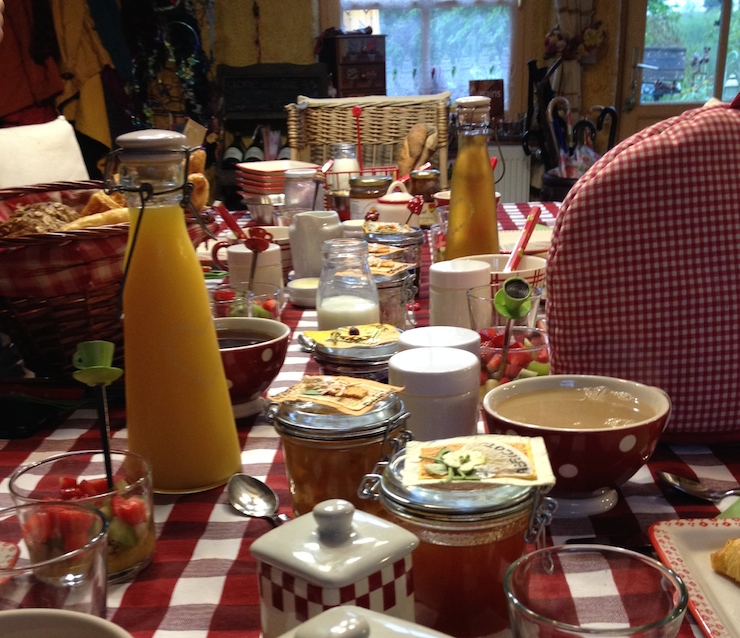 Luxury self catering or B&B at La Vieille Abbaye French farmhouse in the Suisse Normande sounds wonderful too. I’ve heard that it’s a great place to stay and offers free baby-sitting, a games room and a children’s playground.

If a holiday village is more your thing then Résidences le Chant des Oiseaux is a smart Pierre et Vacances property near the sandy beach in Courseulles-sur-Mer.  I stayed in a one-bedroom apartment with great views of the surrounding countryside from the balcony.  There are also two-bedroom apartments as well as individual houses. There’s a heated indoor pool and a children’s playground and you can walk to the town’s shops and restaurants in a few minutes. The fantastic Juno Beach Centre is nearby and is an excellent interpretation centre aimed at showing kids what happened here during World War II and the D-Day landings – it’s next to the beach where Canadian and British forces landed in June 1944.

There’s a thatched cottage on offer for families in Drucourt.  The property has its own garden with a slide, seesaw and wooden playhouse. There’s also a swimming pool which is shared with two other cottages.

L’Esprit du Port is a bright and welcoming two-bedroom self-catering apartment in Port-en-Bessin just 150 metres from the sea.

The Manoir de Beaucron is a sixteenth-century manor house a few kilometres from the sea on the Cotentin peninsular. You can stay in a self-catering cottage there which looks lovely and sleeps up to six people.

You can stay in a château for a luxurious all-inclusive family beak at Le Castel which offers suites with interconnecting rooms. Aimed at families with children aged 0-8 years the château’s extensive grounds are geared up for outdoor play with trampolines, bikes, dens and a climbing wall and there’s also a soft play area in a marquee as well as a pool. The children eat at around 5pm then the adults dine later once their offspring are in bed.

At Woody Park near Fécamp you can spend the night in a tent high up in a tree or if you prefer your feet on the ground there are also wooden chalets. The park offers a host of fun activities from zip wires and paint balling  to jousting and sumo suit wrestling.

You can camp in style at La Ferme du Moncel in the Orne. Each Featherdown tent sleeps up to six people in real beds and has a wood-burning stove for cooking.

If your family’s into wildlife then how about staying in a Safari Lodge at Cerza Zoo? Cerza is in the Calvados area of Normandy and is home to rhinos, hippos, tapirs and many other animals.

For more information about Normandy go to the official website.

Disclosure: My overnight stays at La Bergerie and at Résidences le Chant des Oiseaux were as part of a press trip. Thank you to the Normandy Tourist Board for arranging the trip.