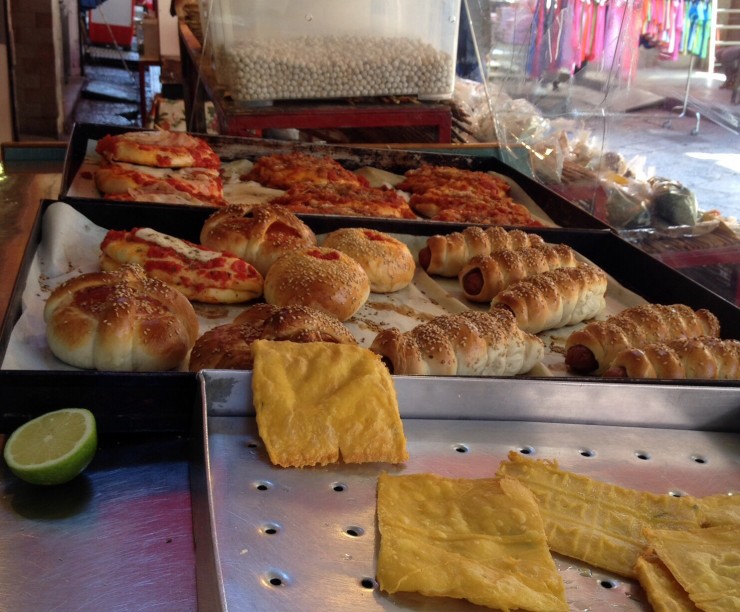 ‘Mum, I could eat these for every meal.’ We’re in the back streets of Palermo in Sicily and my 11 year-old son has just had his first taste of arancini, a popular Sicilian dish. Arancini are fried rice balls which are stuffed with ragù sauce and peas or mozzarella and ham and which my husband and son devour enthusiastically. Meanwhile my daughter and I (I’m vegetarian) share a cannolo, a delicious tube of pastry filled with sweetened ricotta cheese.

We’ve been invited by villa specialist soloSicily to take part in a street food tour of the vibrant Italian city of Palermo. We’re staying with relatives in Central Sicily and are happy to head to Palermo for the day.
We drive into the city centre on a roasting hot day in July to meet our guide. We find a parking space easily despite dire warnings from Sicilian cousins. We park just around the corner from the stunning Teatro Massimo (whose front steps were used for the dramatic shooting scene at the end of The Godfather Part III film), feed the parking meter with a few euros and then go to meet Chiara, our guide.

Chiara speaks English well and has lived in Palermo for her whole life. The four of us are the only people on the tour. Chiara starts by giving us an overview of the city. It’s divided into four districts, and, like the rest of Sicily, has been ruled by a succession of invaders over the centuries.

Greeks, Romans, Byzantines, Arabs, Normans and Spaniards have all occupied Sicily at some point and that’s why the island has such a rich cultural heritage. Palermo’s layout dates from Baroque times and each of its four central districts has an open-air market: we’re going to visit some of these today and to try some local dishes on the way.

As we make our way through narrow streets to il Capo market we pass a high wall built of roughly hewn stone: Chiara tells us it’s part of the city walls which were built by the Phoenicians in the seventh century BC. I’m amazed and fascinated to see this ancient construction sitting there quietly unnoticed. The kids are mildly bored but have no time to worry about it because a few minutes later we’re at the street market seeing and tasting all sorts of interesting things. 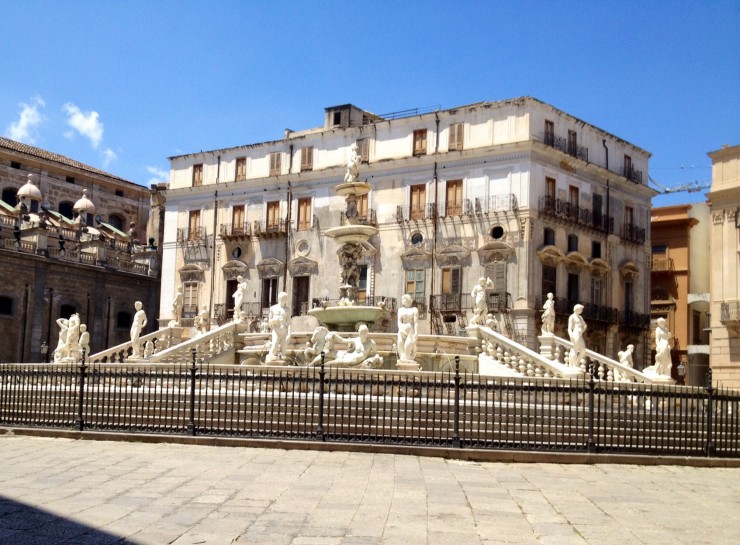 And that’s why this tour is great for families. You see the main sights and learn about the history and culture of the city as you walk along but every few minutes you stop to eat or drink something. There’s no pressure to try anything if you don’t want to – only my husband tasted la Meuza as the rest of us didn’t fancy trying thinly sliced boiled spleen.

Although the focus of the tour is food and the tour notes warn that the guides may not be able to provide detailed information on the city’s sights Chiara has a degree in art history and seems to be a walking encyclopaedia of Palermo’s history. I learn so much about the city in a couple of hours that I come away brimming with facts about the Sicilian capital. 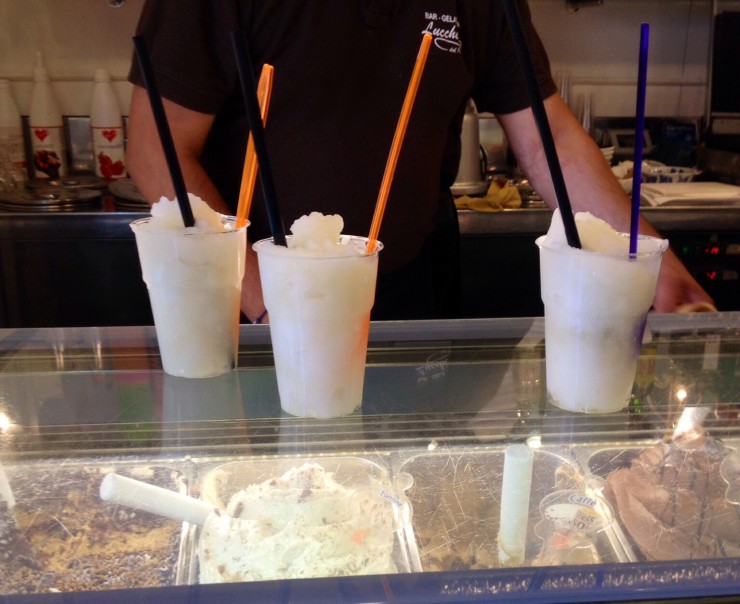 The kids are fascinated by the containers of snails on sale at il Capo market, especially when they hear that their Italian grandfather loves collecting and eating snails. We all enjoy eating sfincione, a kind of spongy pizza which, we learn, was invented in the Middle Ages for people who had no teeth. We share a generous slice of this and a few thin strips of panelle, a kind of pancake made with chickpea flour. The cost for these snacks is a negligible one euro 50 cents.

We ask Chiara so many questions that we only have time to visit two of the three street markets she’d planned to take us to. But that’s fine as we take in some fascinating sights on the tour such as the beautiful fourteenth century cathedral, the Quattro Canti crossroads at the heart of the old city, the ‘square of shame’ (so called by some nuns shocked by the statues of naked people it contains) and a statue of an old man breastfeeding a snake: apparently this is the city’s symbol and is called the Genius of Palermo. We whizz through la Vucciria market where the streets are named after the merchants who worked there in days gone by and whose name derives from the French for butcher, ‘la boucherie’.
The tour ends with us drinking delicious icy lemon granita sitting in the shade on a gorgeous Baroque square, Piazza San Domenico. Chiara explains that granita was invented during Arab rule a thousand years ago. Huge blocks of ice were brought from Mount Etna during the winter and in summer the ice was grated and mixed with fruit juice, jasmine juice, coffee or chocolate.

All four of us enjoyed the tour despite the intense summer heat. I’d recommend this to families as long as the children can walk for the duration of the tour – ours was two hours long.

Thank you to soloSicily for arranging our tour. Tours cost from 20 euros per person for a 75-minute Market Tour and are available to soloSicily customers.

You can read more about our trip to Sicily by checking out my other posts about Verdura Golf & Spa Resort, staying on a farm and staying in a Housetrip apartment.