Home / Home Slider / Things to do in Sicily with kids

Sicily is Italy’s largest island and is in the far south of the country, just across from the toe of the mainland. The island is home to many of my husband’s relatives – his parents came from there to live in London in 1959. We love going to visit his cousins, aunts and uncles there and try to explore a part of the island each time we go. Children are adored in Sicily so we’ve always found it a very family-friendly place to travel. There’s a lot to see on the island but with an area of 9,923 square miles linked by roads which sometimes disappear it’s a place which takes time to travel around – check out my post How to drive in Sicily to see what it’s really like to drive there.

Here are some great things to do in Sicily with kids.

Go to an agriturismo

These are farm restaurants which serve dishes using ingredients they’ve produced themselves. You never know what you’ll be served and there probably won’t be a menu but the food is likely to be delicious and it’s a good chance for kids to try some different foods. You can also stay at many agriturismos – read my post about our experience at an agriturismo: Staying on a farm in Sicily.

In Agrigento, Selinunte and Segesta there are some wonderful ancient ruins to see – if your kids like the Percy Jackson books they should enjoy seeing these. Make sure you take some water with you because exploring temples is thirsty work and there may not be anywhere to buy a drink. 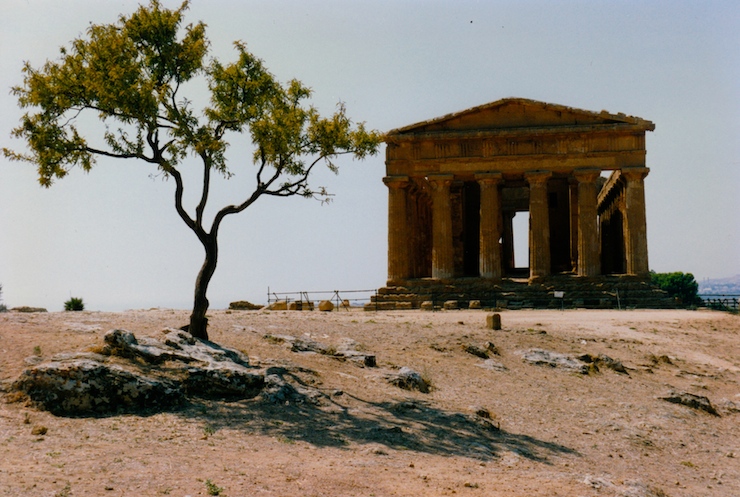 Look out for the traditional Sicilian decorated horses and carts which you can often see at popular tourist spots and on feast days. Kids love spotting these and tiny model horses and carts make great souvenirs.

Mount Etna is the largest active volcano in Europe. You can drive up to Rifugio Sapienza on the southern slopes and then take a cable car which carries you quite close to the top. From there you can take a Jeep to get even closer to the summit, if you’re brave enough. There’s a great adventure playground near the Rifugio Sapienza too.

Sicily has been invaded and occupied countless times over the centuries because of its strategic location. This means that there are castles all over the place on the island including one perched on a crag at Mussomeli, where my in-laws live. You probably won’t find much in the way of signs or audio guides on offer but if your kids like castles they should find one they like in Sicily. 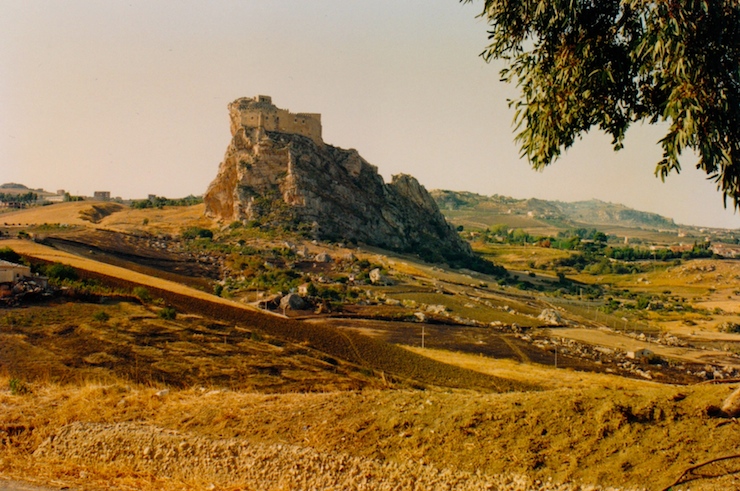 Take in a puppet show

The puppet theatre is a strong tradition in Sicily dating from the seventeenth century. The shows use large puppets (some are up to five feet tall) controlled by rods to re-enact traditional stories of Charlemagne and his paladins.

There’s a Roman villa at Piazza Armerina which has the most fabulous mosaics depicting everything from exotic animals to girls in bikinis. For centuries the villa was hidden by a mud slide which served to preserve the mosaics brilliantly.

Go on a food tour

Food tours are a great way to get to know a place, and Sicily has some wonderful food. We went on a fantastic food tour in Palermo, the island’s capital. You can read about it in my post Palermo street food tour .

Wherever you go in Sicily you won’t be far from a gelateria selling fresh and yummy home made ice-cream and sorbet. The only problem you’ll have is choosing which flavour to try.

If you’ve ever been to Sicily, is there anything which you’d recommend doing there? If you haven’t been, is it somewhere which you’d like to explore? 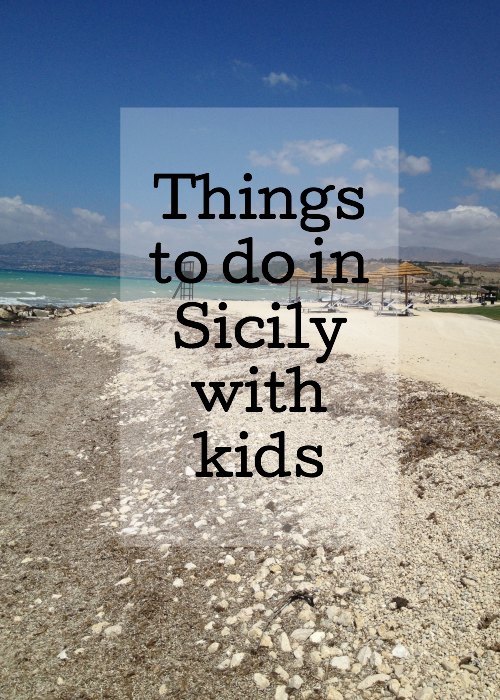 Things to do in Sicily with kids. Copyright Gretta Schifano