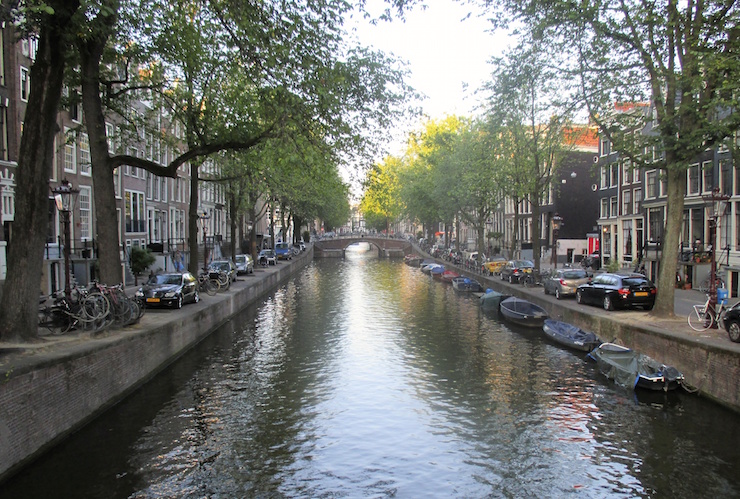 I’m planning a trip to Amsterdam this year and so was happy to accept Marco Polo’s invitation to review their new guide to the Dutch capital. The Marco Polo Spiral Guide to Amsterdam is one of a brand new series of travel books published this month.

The new books have a spiral binding which makes it easy to open the pages out fully. There are Spiral Guides for Amsterdam, Andalucia, Barcelona, Budapest, Ireland, London, Malta, New York, Paris, Rome, Tuscany and Venice published this month with guides to Florence, Florida, Fuerteventura, Gran Canaria, Marrakesh, Sicily, Tenerife and Thailand to follow in May.

The books have plasticised covers to protect them and they’re just the right size to fit into a handbag. They’re divided into distinct sections such as ‘Magazine’ which has articles about the destination, ‘Finding your feet’ which has practical information, and ‘Walks’ which provides walking routes to follow. The important sights are organised geographically and there are detailed maps and suggested itineraries for a ‘Perfect Day’ in each area. I really like the specially highlighted ‘insider tips’ from locals which pepper the books. At the back of each book is a detailed street atlas showing the sights, hotels and restaurants mentioned. Inside the back cover is plastic wallet containing a pull-out map of the destination. 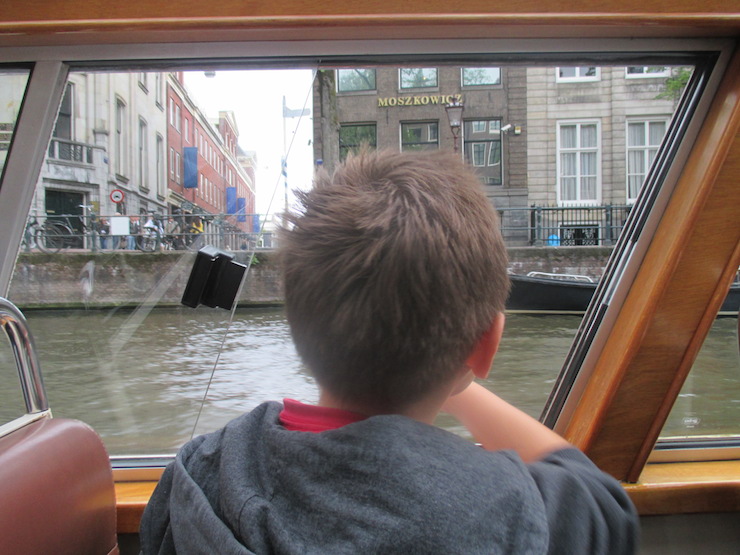 I went to Amsterdam with my ten year-old son a couple of years ago and we had a great time: his highlights were the Amsterdam Arena Tour, the canal boat tour and the pancakes, while mine were the Anne Frank Museum and the street markets. I’m looking forward to going back to the city this year with friends.

The first thing which I look at in the Amsterdam Spiral Guide is the Top 10 list of sights not to be missed in the city. I think that we covered half of them on our last trip including the Canal Tours which top the list. We avoided number 6 on the list though – I was keen to keep away from the Red Light District and so I made sure that I knew where it was. I’d love to go to number 4 on the list next time – the Van Gogh Museum.

The magazine section of the guide has some fascinating articles. I particularly like the feature about Jewish Amsterdam which explains how the city was a place of refuge for Jewish people as far back as the sixteenth century.

The ‘Finding your feet’ section is packed with useful tips some of which I already knew about – such as the excellent i amsterdam City Card which covers public transport and admission to the major museums – and some of which I was unaware – such as the free ferries from behind Central Station.

The sights are grouped into four sections: Medieval Amsterdam, Canal Ring – West, Museum Quarter and Canal Ring – East. Each of these sections starts helpfully with ‘Getting Your Bearings’ then gives a suggested ‘Perfect Day’ itinerary for that area followed by information for individual sights. At the end of each section are suggestions for where to eat, drink, shop and go out. I particularly like the ‘Perfect Day’ itineraries and would definitely use them to help me to plan my time in the city. Another great feature is the ‘Insider Tip’ label which pops up throughout the book. It signals some quirky and unusual things to do such as the Kinderkookcafé where children can prepare and decorate their own food.

The guide is well-written (as you’d expect with authors such as Simon Calder on the writing team) and thorough. It’s practical, easy to navigate and interesting to read and I’ll definitely be taking it with me when I go to Amsterdam. 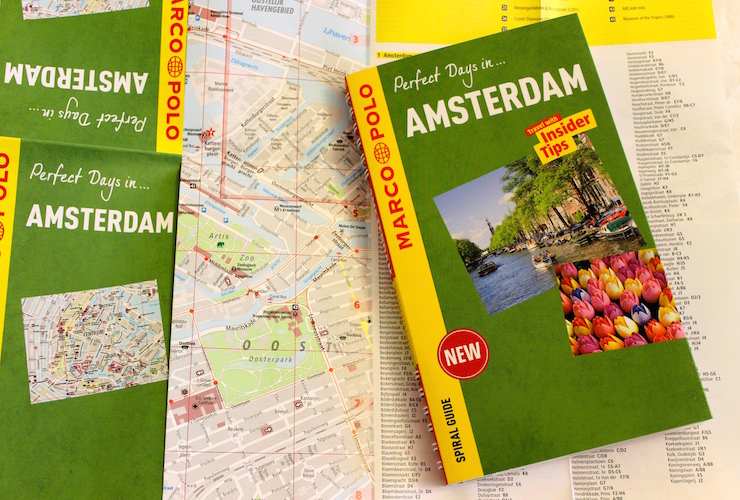 Marco Polo have 10 Spiral Guides to give away to Mums do travel readers. If you’d like a chance to win a Marco Polo Spiral Guide then follow the instructions below: good luck!

That’s it! Rafflecopter will choose 10 winners at random and Marco Polo will send each winner the guide of their choice.

Disclosure: This is a sponsored post and Marco Polo sent me Spiral Guides to Amsterdam, London and Tuscany for review purposes.