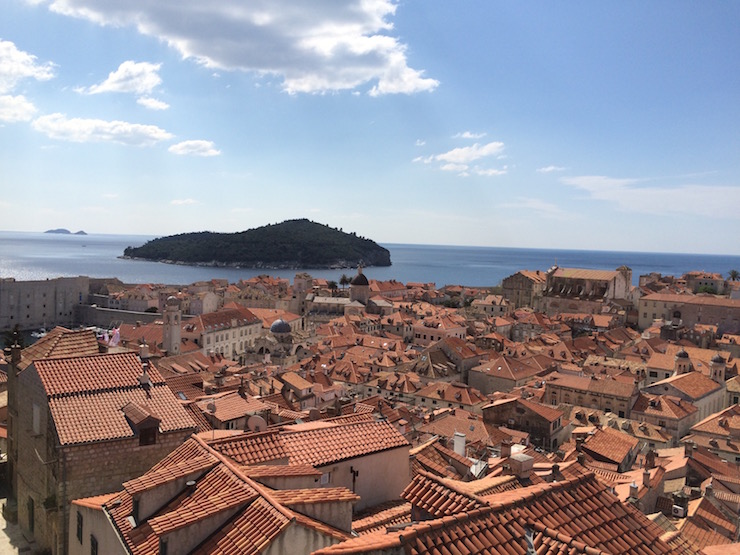 (Spoiler alert – don’t read this if you don’t want to know what happens at the end of Game of Thrones, Series 5, Episode 1)

Dubrovnik has been used as a film location for the fictional city of Westeros in the award-winning fantasy TV series Game of Thrones since 2011. I stayed at a James Villas resort a few miles along the coast from Dubrovnik in Croatia with my husband and kids for a week at Easter. We came across some of the main filming locations while we were exploring the area: the island of Lokrum, Trsteno Arboretum and the Old City of Dubrovnik itself are all used extensively in the show. 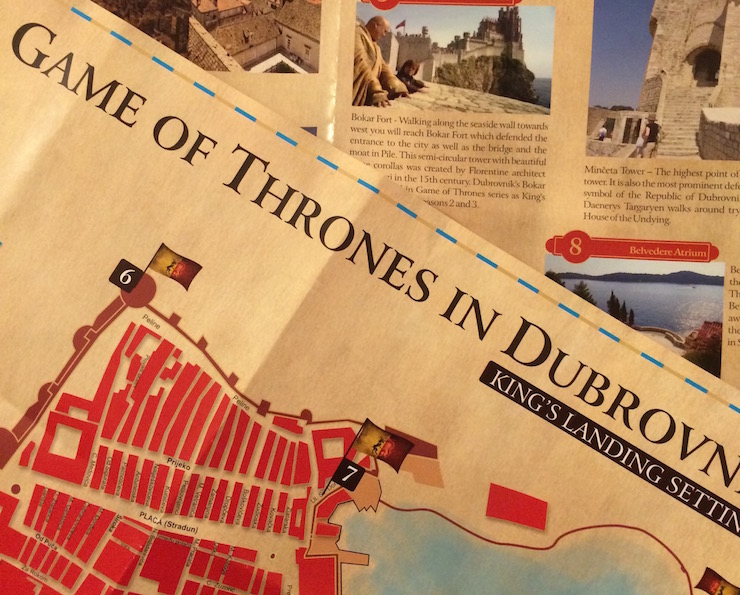 Game of Thrones in Dubrovnik map

Before our trip none of us had ever seen Game of Thrones on TV and nor had we read any of the books. I was vaguely aware that the fantasy is set in a fictional historical world peopled by warring factions and dragons. I love Tolkein’s Lord of the Rings trilogy and I kind of thought that Game of Thrones was in that vein: a gripping plot peopled with marvellous characters who struggle to overcome evil. Perfect viewing for families with older kids, like mine, I assumed, lazily (mine are 16 and 12 years old).

So when my family and I were invited to a private preview screening of the first episode of Series 5 of Game of Thrones in Dubrovnik with local cast and crew members we accepted. The show has given a huge boost to tourism in the area and the new series is a big deal in Dubrovnik. We figured that this would be a good opportunity to start engaging with the hit HBO show. We could watch this episode as a kind of taster and then start from series 1 when we got home, my husband and I agreed.

When we arrived at Sloboda Cinema on the main square in Dubrovnik’s historic centre there was a buzz of excitement in the evening air. A woman was waiting outside the building with a huge bouquet of flowers. Blazing torches flanked the entrance and someone from the Croatian embassy stood in the foyer at the foot of a stairway to greet the guests. At the top of the stairs was a row of photographers who were busily snapping the many arrivals who had been involved in the show.

When the doors to the theatre opened we filed in quickly with the crowd and found some seats. There was a row of seats near to the front which was reserved for the mayor and other dignitaries and we sat a couple of rows behind that. We moved along to the middle of the row so as not to leave any empty seats. The cinema was packed.

After a few minutes the lights went down and we saw a short film in English with Croatian subtitles about the making of the new series in Croatia. I found it fascinating to see how filming went on in the midst of the thousands of tourists who visit Dubrovnik every day. We learnt how they avoided filming on days when there where large cruise ships in town and we saw footage of scenes being shot as tourists looked on from the famous city walls.

After this film the lights went up and the mayor went to the front of the theatre and made a speech in Croatian. He called a lady to the front and presented her with the bouquet of flowers and we all clapped. Then they both sat down, the lights dimmed and it was time for the main event: Game of Thrones, season 5, episode 1.

Just a few minutes in to the screening I started to feel a little uncomfortable during a scene with a  character who swore fluently while drinking several cups of wine and then throwing up on the floor in front of him. It occurred to me that this show might be very different to Lord of the Rings. I’d researched the plot of this fiction online back at the hotel but, stupidly, I hadn’t thought to check what the viewing age restrictions are. I’m the kind of annoying parent who looks at age ratings on DVDs and who won’t let my 12 year-old play violent video games such as Grand Theft Auto and Call of Duty. This was already looking like post Watershed material and I was stuck in the middle of a dark cinema while my son was a few seats away from me. Having accepted the invitation to the event and being English, there was nothing that I could do but sit and watch the screen.

A few minutes later I was feeling like a Very Bad Parent indeed as a male character walked through a narrow street past a couple of women with bare chests who definitely wanted to get to know him better. He went inside a building, gave some coins to another woman, they went in to a room, undressed and lay down on a bed. Then, just for a moment, I thought that I was getting a parental reprieve as she sang to him quietly rather than doing anything else. But as they lay there the man had his throat cut and it all got very messy and unlike anything ever seen on CBBC. I was seriously worried that my son would be scared by this scene and would have nightmares.

And so it went on and my discomfort increased. I couldn’t concentrate on the story as the definitely-unsuitable-for-children images rolled before us. The final scene was truly the stuff of nightmares, I thought: a character was tied to a wooden stake and burned alive. Thankfully for him, and for me, a kind soul shot him with an arrow and put both of us out of our misery.

The credits rolled and the audience filed out to a champagne reception. I love champagne but I walked straight past the profferred tray of glasses. I couldn’t wait to get outside and talk to my son.

‘What did you think?’ I asked him, tentatively, as we walked down the stairs.

‘It was a bit boring. Can we get an ice-cream?’ he replied. 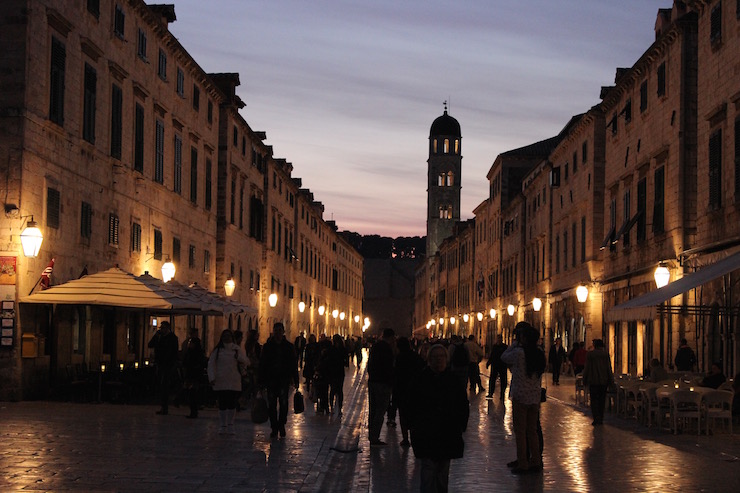 My son has slept soundly and hasn’t mentioned Game of Thrones since seeing it. My daughter is delighted to have been to a film preview and now wants to watch every series of the show from the very first episode. I’ve researched the British Board of Film Classification age ratings for the show and most episodes seem to be rated either 18 or 15. If I’m ever invited to attend another preview with my children I’ll definitely check out the age rating before accepting the invitation.

We stayed at a James Villas apartment at the very lovely Dubrovnik Sun Gardens Resort in Croatia for seven nights in April. Over the next few weeks I’ll be writing more about the apartment, the resort and what else we did on our trip.

Disclosure: James Villas provided our accommodation for this trip but all opinions and shoddy parenting decisions are my own.