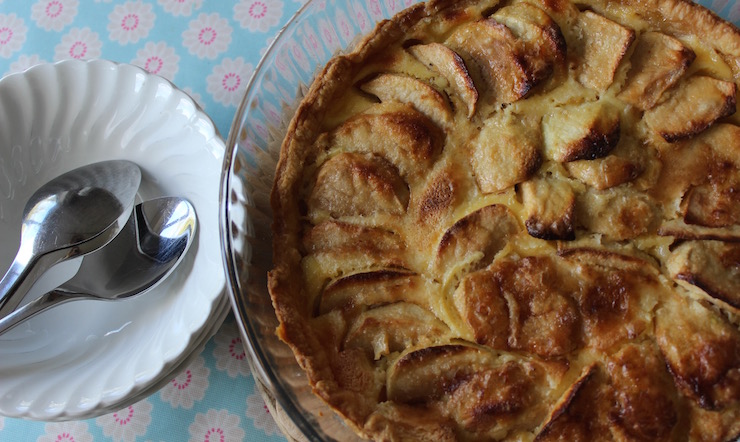 Do you know what baking ‘blind’ means? I didn’t until this weekend when I took part in the Expedia World on a Plate Challenge. I now know that it means baking an empty pastry case before adding the filling.

Expedia World on a Plate Challenge

Each month Expedia’s World on a Plate Challenge focuses on the cuisine of a different part of the world: last month it was Italy, next month it’s Malta and this month it’s France. If you’d like to join in with the challenge, just tag pictures of your food creations with #expediaworldonaplate on Facebook, Twitter or Instagram.

Last year I went to Normandy which is in the North of France, a short hop across the Channel from England. Normandy is home to the Bayeux tapestry, Mont-St-Michel, the D-Day landing beaches, Monet’s home at Giverny and is the birthplace of William the Conqueror. It’s a fascinating place to visit and I really enjoyed my trip there. 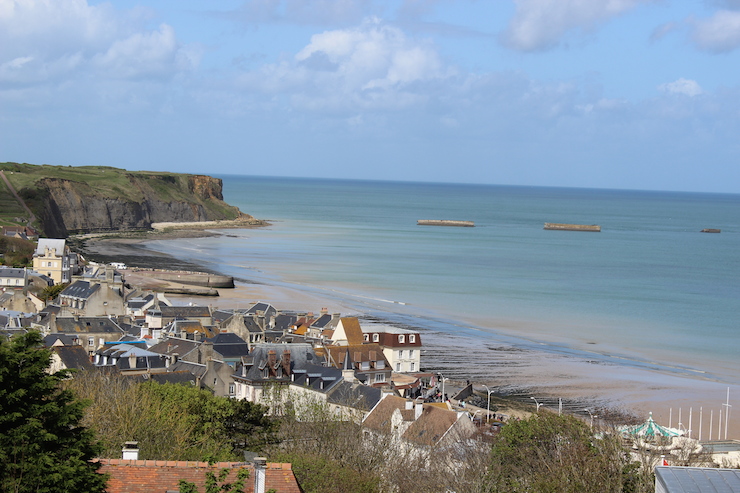 The region is famous for its dairy products and also for its apples, so when I was asked to take part in the French World on a Plate Challenge I decided that I’d like to use a recipe featuring these ingredients, especially as we have lots of apples in the garden at the moment.

I contacted Maggie at the Normandy Tourist Board to ask her if she had any recipes for me and she kindly put me in touch with Sinéad Allart in France. Sinéad runs French country cookery holidays from her home on the Cherbourg Peninsula, and she sent me her recipe for Tarte aux pommes à la crème, which means cream and apple tart.

I very rarely bake anything and I had to ask Sinéad quite a few things about the recipe before I could start. I’ve edited the recipe which she sent me, to include her answers (things like the type of flour and sugar to use, as well as what exactly ‘blind’ baking entails) and I’ve added in some metric measurements, temperatures and timings to show how I actually made the tart. Although the recipe says that you need a cake tin I used a Pyrex glass one because we didn’t have a big enough tin, and because that was all that I could find in our local shops. It seemed to work well, so I guess that it’s fine to use Pyrex if you don’t have a cake tin.

The recipe took longer to make than I thought it would because, although the tart isn’t difficult to make, you have to do it in stages: make the pastry, chill it for an hour, bake it ‘blind’, add the filling, bake it again. For the ‘blind’ baking I used tin foil (as I had no baking parchment) and dried kidney beans and that seemed to work fine.

We ate the tart warm from the oven, with cream, sitting at the kitchen table. I’m surprised that, despite my inexperience as a baker, the recipe worked and the tart tasted good. My husband says: ‘It was very tasty and looked good. It would be a nice thing to make for a dinner party.’ My daughter (not a fan of dairy) says: ‘It was nice. I liked the apples and the pastry but it was a bit too creamy for me.’ My son says: ‘It was yummy and sweet. Can you make it again?’

Disclosure: This post is in association with Expedia as part of their World On a Plate Challenge.

This is Sinéad’s recipe, edited by me.

You will need a 27cm loose bottomed cake tin.

To make the shell: