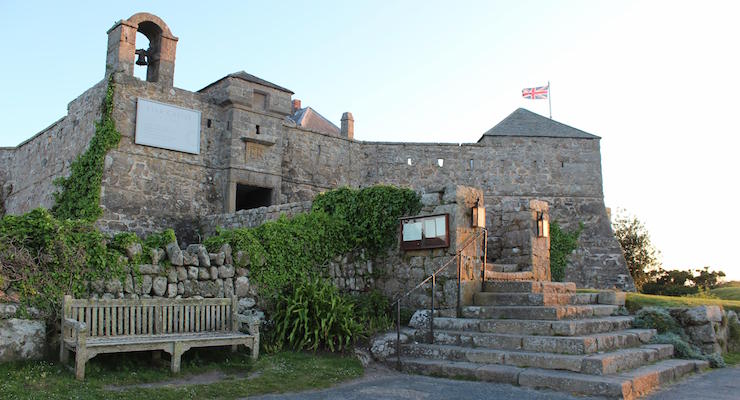 The Star Castle Hotel must be in one of the most captivating locations in the Isles of Scilly. The hotel is in a star-shaped former fortress, the centre of a garrison which was built on a hill above Hugh Town on the island of St. Mary’s in 1593. The site must have been chosen for the views which it commands of the sea and the other islands – ideal for spotting any invaders. Today it’s the perfect place for watching the sunset. 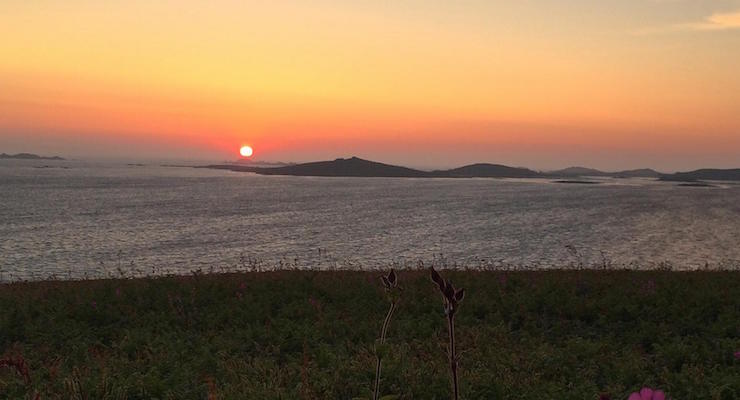 I stayed at the Star Castle Hotel for three nights at the end of May with my husband and 13 year-old son – and I absolutely loved it. You can read about our trip in my post exploring the Isles of Scilly here, and about things to do in the Isles of Scilly with kids here. We visited the Isles of Scilly at the invitation of the Islands’ Tourism & Business partnership. Here’s a short video to show you what the hotel is like.

The Scilly Isles are a cluster of islands around 28 miles from Land’s End in Cornwall, in the South West corner of England. Only five of the approximately 140 islands are inhabited and St. Mary’s, where we stayed, is the largest – although it’s only around 2.5 square miles in size. We flew to St. Mary’s with Skybus from Exeter in Devon. The hour-long flight was thrilling because the plane was a tiny Twin Otter which takes a maximum of 19 passengers – and the views were spectacular. 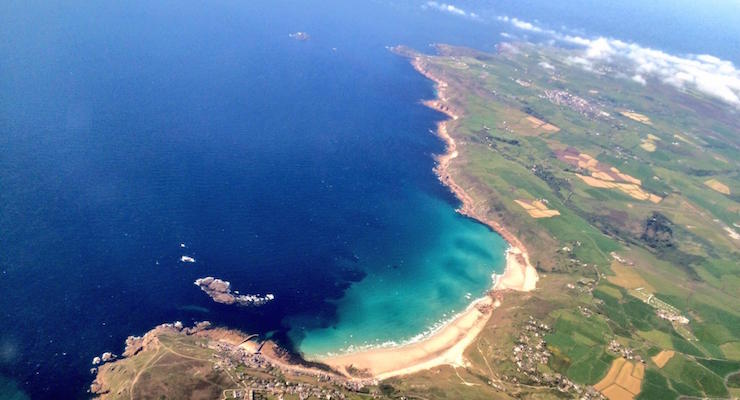 View from the plane en route to the Isles of Scilly from Exeter. Copyright Gretta Schifano

A hotel driver met us at the airport and whisked us down to the hotel.

The hotel has some bedrooms in the original fortress building, and some in a modern garden annexe, where we stayed. We instantly felt at home in our rooms (numbers 42 and 44), because they were so homely and comfortable. 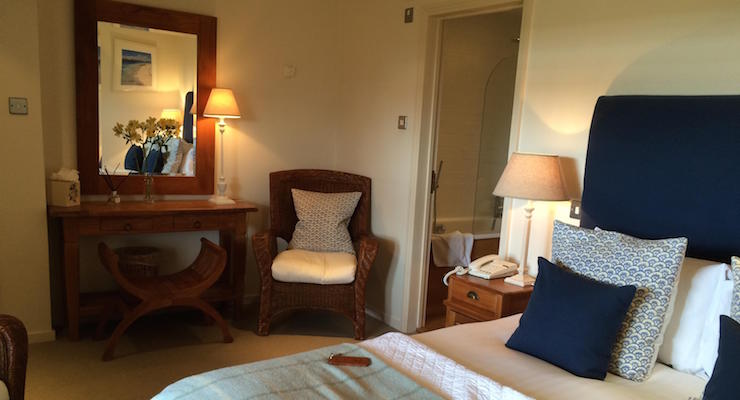 I liked the design and layout of the rooms, and our son was delighted with the fast wifi which he seemed to access within nanoseconds of our arrival. Our rooms had everything that we needed, including tea and coffee making things and a hairdryer. Cots and extra beds are available for families with babies and young children. The delightful hotel gardens, with their grassy lawns, tropical plants and sea views, were right outside our rooms.

We had breakfast and a couple of evening meals at the excellent Castle Restaurant, inside the original building. The restaurant is quite formal and traditional, the kind of place where you feel that you have to speak quietly, but the food is fantastic and the staff couldn’t be more helpful and accommodating. 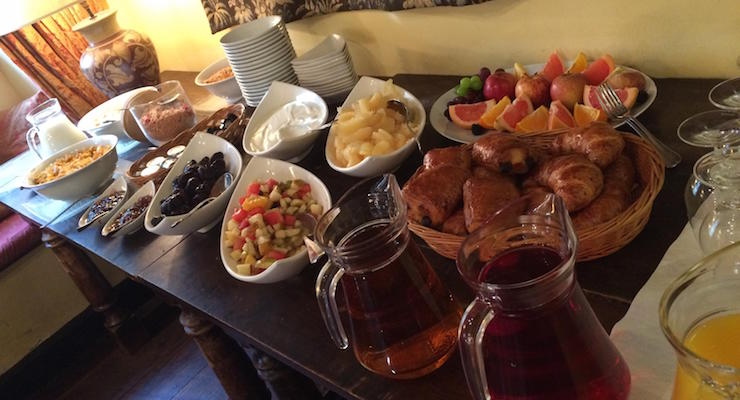 The four course menu changes each day and has a choice of three starters, a sorbet or soup, six main courses and three desserts. I generally went for the vegetarian options – dishes such as Goats cheese, black olive and sun-dried tomato bon bon, beetroot puree, herb oil as a starter and Casserole of mushrooms, spinach, asparagus, poached duck egg and spring onions as a main course. Everything that I had was delicious. My husband was impressed by the wine list. Our son was daunted by the menu initially, but he soon relaxed once he realised how fantastic all of the food was. We didn’t try the Conservatory Restaurant, in the castle gardens, but staff told me that it is more relaxed than the Castle Restaurant and a better option for families with young children. They serve a Children’s High Tea there, with dishes such as pizza, pasta and tomato sauce and chicken goujons and chips. 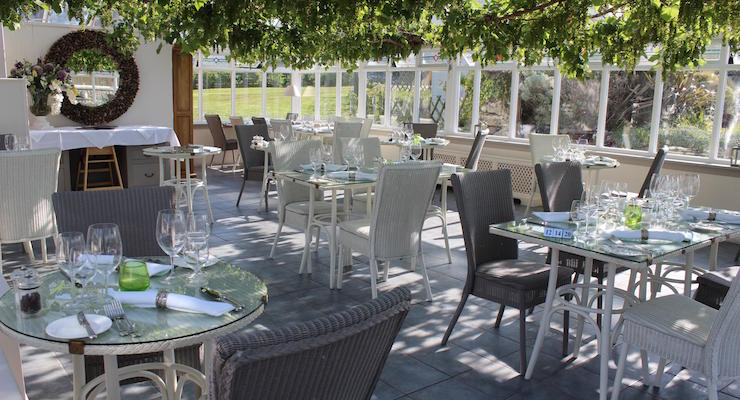 The hotel has a heated indoor swimming pool near to the Conservatory Restaurant. We didn’t try the pool because the weather was glorious when we were there, and we were out and about exploring, but this would be a great option if the weather wasn’t so good. We went for a drink in the Dungeon Bar one evening after dinner, and popped in to the cosy lounge upstairs in the hotel to use the wifi just before we left. The hotel offers a babysitting service. There’s a small playhouse in the garden with some outdoor games. 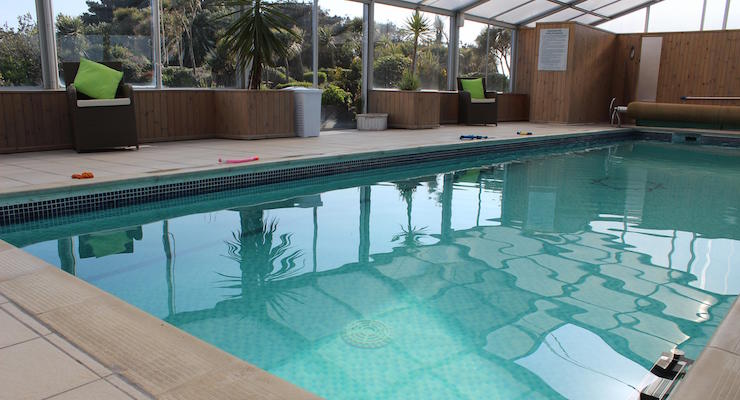 Behind the hotel is the Garrison Field, home to a children’s playground and a sports field which hosts the smallest football league in the world. (There are just two football teams on the islands, and so they play each other every week during the football season.)

Outside the hotel there are benches dotted around at various points to enjoy the views out to sea. The original garrison walls are still in place and are a fascinating place to explore on foot. There are cannons and look out posts at strategic points around the walls. 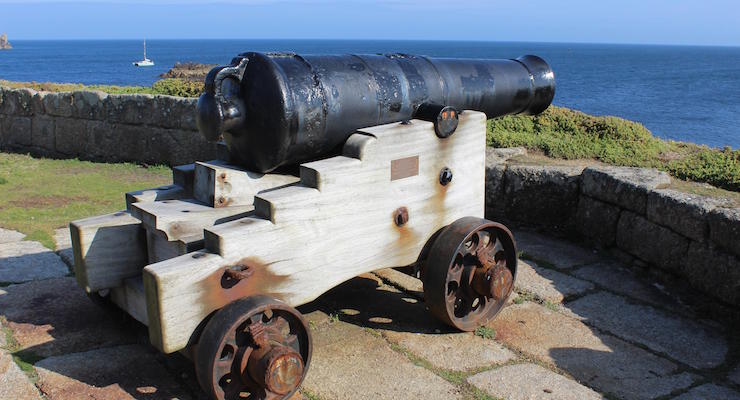 It takes just five minutes or so to walk down the hill from the hotel to pretty Hugh Town and the quay. Hugh Town is the main town of the islands, and has a small Co-op supermarket, a couple of banks, a post office and some independent shops. There are also some pubs and restaurants, including The Mermaid Inn, where we ate a hearty dinner one evening while watching the boats in the quay below us. 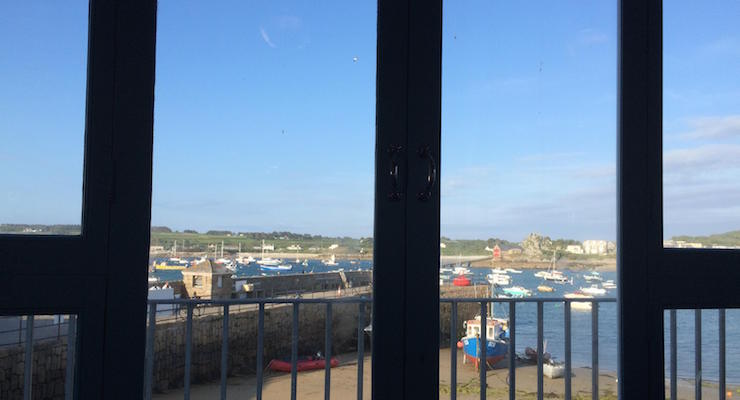 The quay is the place to go to explore the other islands – there are boats going all over the place from there, and I’ll be writing about our boat trips around the Scilly Isles in a separate post.

My husband says: ‘The hotel was excellent. The food was very good, as was the wine list. The rooms were homely. The staff were friendly and helpful’.

My son says: ‘It was nice. It was comfortable. The wifi was good. The food was nice.’

I say: ‘I loved staying at the Star Castle Hotel. It’s in a brilliant location for exploring the islands and it has everything that you need for a relaxing stay. The food and the service were excellent and I’d definitely recommend this as a place to stay.’

Room rates at the Star Castle Hotel vary according to the season and the room. Garden rooms cost from £150.00 to £278.00 per night with breakfast and from £178.00 to £328.00 with dinner and breakfast. For more details go to the Star Castle Hotel website. For further Isles of Scilly accommodation options search here.

How to get there

By air: There are Isles of Scilly Travel Skybus flights to St. Mary’s all year round from Land’s End and Newquay Airports, and between March and October from Exeter Airport. Prices start from £140 return from Land’s End. 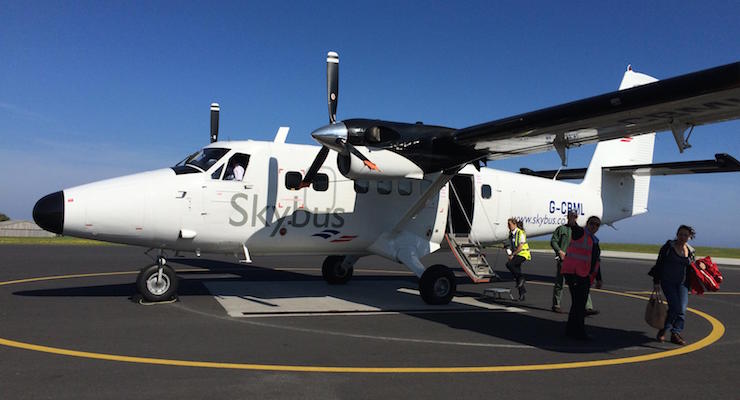 Skybus to the Isles of Scilly from Exeter. Copyright Gretta Schifano

By sea: The Isles of Scilly Travel passenger ship, Scillonian III, sails up to seven days a week between Penzance and St. Mary’s. Prices start from £90 return.

For details go to the Isles of Scilly Travel website.

More on the Isles of Scilly

Read about what we did during the trip by clicking on the links below:

Exploring the Isles of Scilly

Things to do in the Isles of Scilly with kids