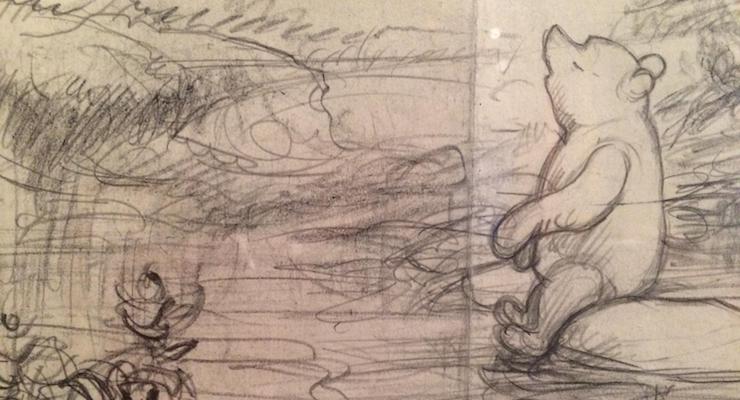 My nineteen year-old daughter and I popped in to London’s V&A last week to see Winnie-the-Pooh: Exploring a Classic. We’re both lifelong admirers of the famous bear and his friends, and have spent many happy hours exploring Ashdown Forest (for more on Ashdown Forest, read my post How to visit the places in the Winnie-the-Pooh books), and we were really looking forward to seeing the exhibition together while she was home from University for the holidays.

The Winnie-the-Pooh stories were a huge success on first publication in the 1920s, and their popularity continues across the world to this day. Inspired by author A. A. Milne’s son Christopher Robin’s imaginative play with his soft toys, Milne and illustrator E. H. Shepard cleverly created timeless and engaging tales with universal appeal.

The exhibition is designed with both children and adults in mind. Throughout the displays there are interactive exhibits which young visitors will enjoy, such as stairs to climb halfway up, a Pooh-sticks bridge to cross and some Christopher Robin dressing up clothes to try on. There’s an area with a slide, and a long, low table and chairs where children can sit and draw. 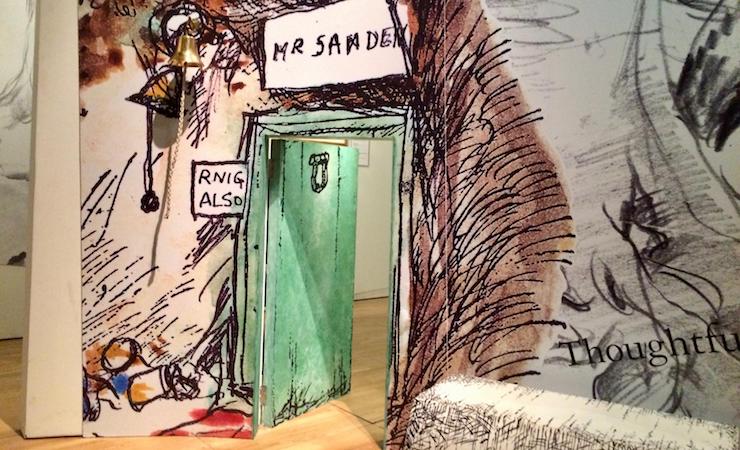 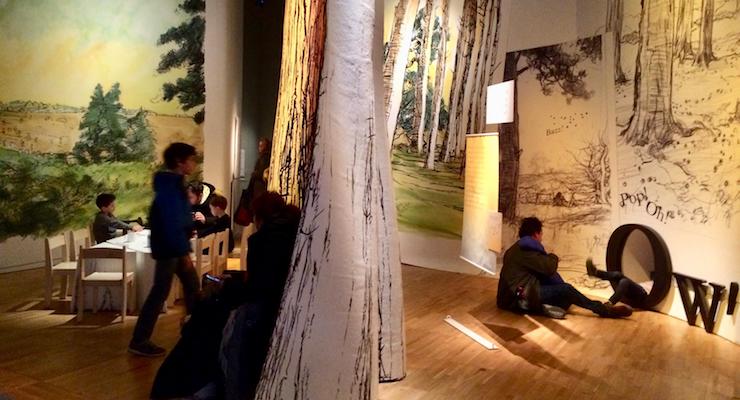 Around the walls there are fascinating exhibits to examine, including original illustrations, manuscripts, letters and photos which show how the books were created and the inspiration behind them. Words and images from the stories appear throughout, so that you almost feel as if you’re in Pooh’s imaginary world.

I enjoyed looking closely at parts of the text and thinking about Milne’s clever and playful  use of language. Even though I know the stories well and have read about their creators and their books’ impact, I still learnt things from the exhibition which I hadn’t known before. For example, although the real Christopher Robin had a toy bear which he called Winnie-the-Pooh and which E. H. Shepard sketched, apparently the bear which was used as the subject for the illustrations which appeared in the books was called Growler and belonged to Shepard’s son, Graham.

The only things missing from the exhibition, I think, are Christopher Robin’s original Pooh Bear, Piglet, Tigger, Eeyore, Owl, Kanga and Roo toys. Apparently these (except for Roo, who was lost) now belong to the New York Public Library. It’s a shame that they’re not taking part in this. 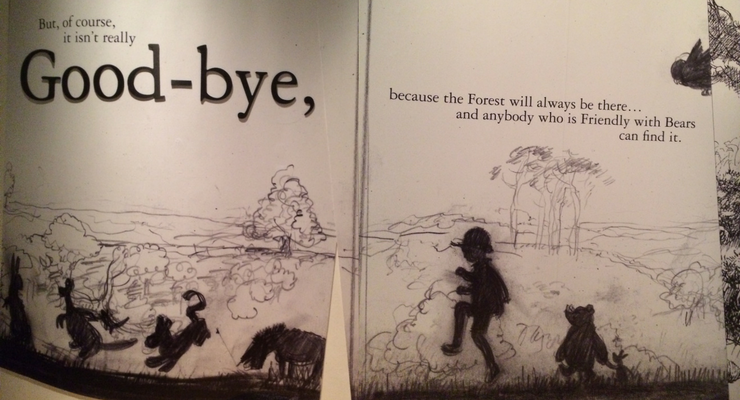 I loved exploring this exhibition and would definitely recommend it. It’s fascinating to see the original illustrations and manuscripts and to learn about the history and impact of the stories.

My daughter says: ‘I really liked the exhibition and I know I would have also loved it as a younger teen or a child. It was interesting to see some of the writing process and history behind Winnie-the-Pooh and I could see the kids there loved the more interactive bits like the colouring and Pooh-sticks.’ 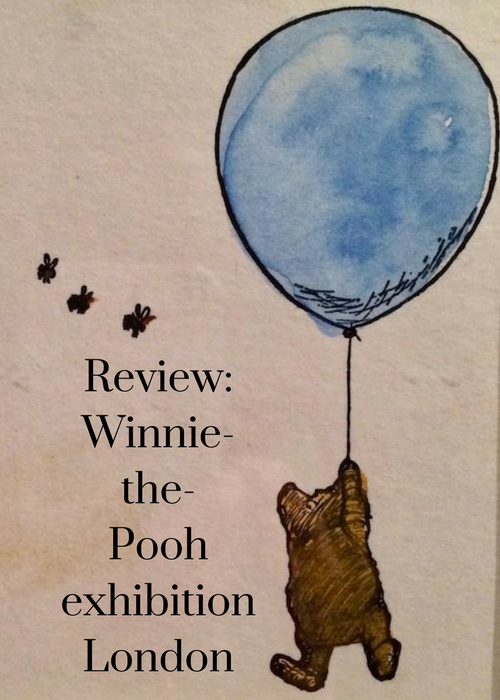 Winnie-the-Pooh: Exploring a Classic is at London’s V&A Museum until Sunday April 8th, 2018. Tickets are £8 for adults, £5 for 12-17 year-olds, free for under-12s with a ticket holder. Entry to the V&A is free, although donations are appreciated.