There are always loads of great things to do on a family day out in London, and each month I publish a round-up of some of the best. The July 2019 round-up is a bumper edition as there’s so much on offer. Do let me know if there’s anything which you’d like me to include next time.

The annual Pride in London Festival is a month-long celebration of London’s LGBT+ community and includes events across the city. This year’s theme is #PrideJubilee, celebrating 50 years since the Stonewall uprising in New York City. The festival culminates on Saturday July 6th with the colourful Pride Parade which sets off from Portland Place at midday, making its way through the West End to Whitehall. 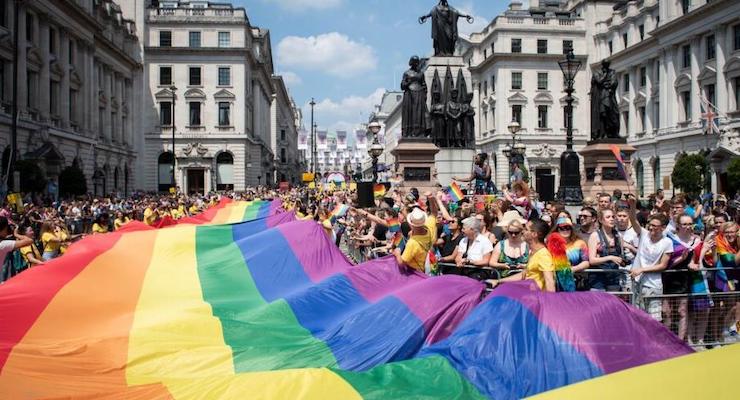 The Proms is an annual eight-week orchestral music event in London and is the biggest classical music event in the world. Starting from Friday 19th July this year, there are concerts, talks, workshops, family events and more, culminating with the Last Night of the Proms at the Royal Albert Hall which is on Saturday September 4th. 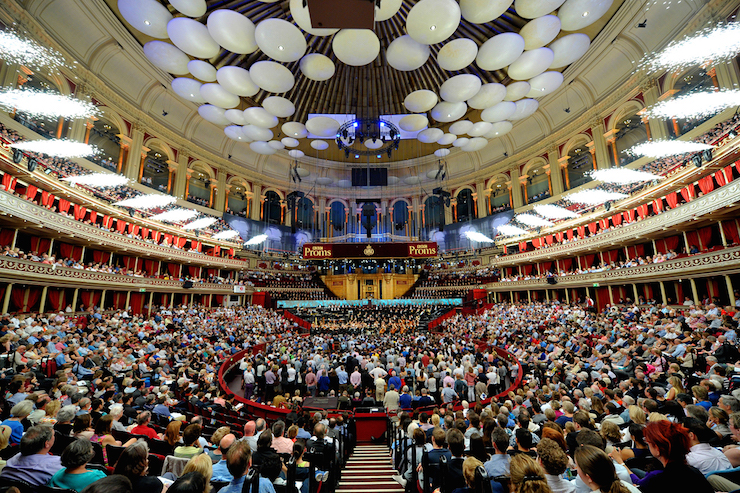 Buckingham Palace is Queen Elizabeth II’s London home. Each summer the palace’s State Rooms are open to visitors. Highlights include the Throne Room, the palace gardens and the Picture Gallery, which includes works by artists such as Titian, Rembrandt and Rubens. For 2019 the State Rooms are open from July 20th to September 29th.

Tickets for the excellent theatre opportunity which is Kids Week are on sale from mid-June. Kids Week (which should be called Kids Month imao), runs for the whole of August and is when kids aged 16 and under can go to a host of top West End shows, such as Wicked, School of Rock and Kinky Boots, for free. Each adult paying full price can take one child for free and two extra children for half price, and there are no booking fees. 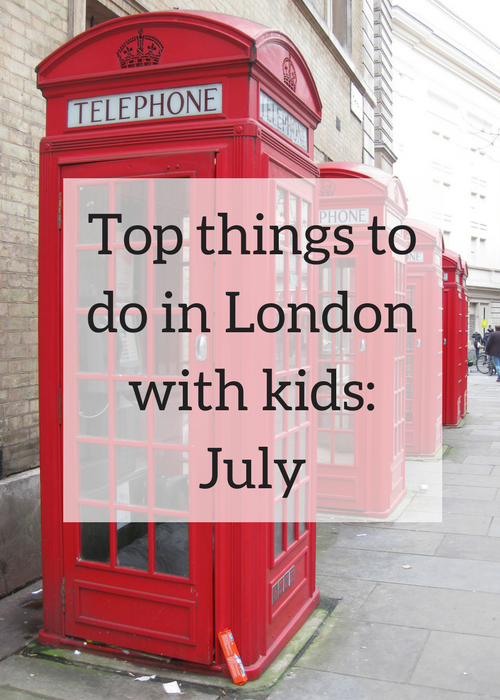 The Greenwich + Docklands International Festival is an annual celebration of outdoor performing arts (theatre, dance and street arts). The festival takes place in and around Greenwich, and events include street theatre, dance, workshops and games. This year’s festival runs from Friday 21st June until Saturday 6th July.

Cost: Varies, but many events are free.

Summer by the River

The free Summer by the River festival takes place at London Bridge City (the south bank of the River Thames between London Bridge and Tower Bridge) from mid-May until July 31st. There’s live music, open-air theatre, family workshops and more on offer. 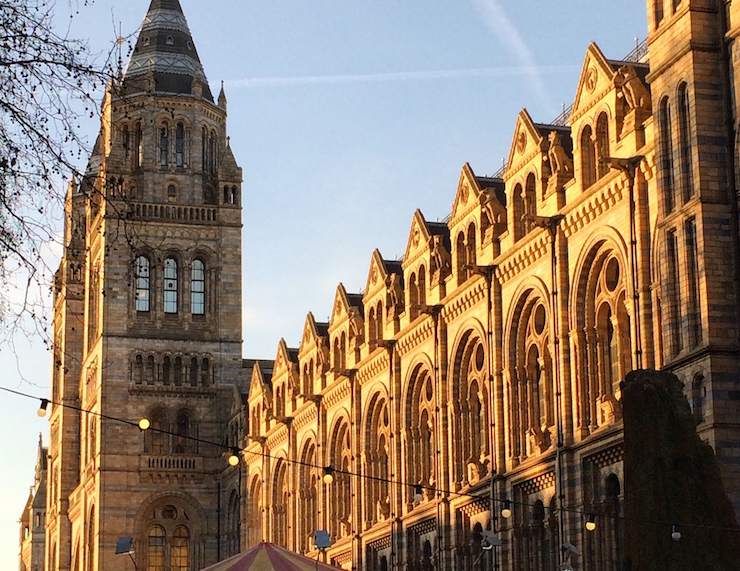 There are various places where you can swim outside in the capital – if the weather’s warm enough for you! For example, Hyde Park’s Serpentine Lido in is open to the public for swimming every day from June 1st until early September. Besides the natural water of the Serpentine for swimming there’s a children’s play area with a chlorinated paddling pool as well as a grassy area for sunbathing and a kiosk selling drinks and sandwiches.

Sculpture in the City is an annual event featuring contemporary works by internationally renowned artists. The works are displayed in public areas in the City of London. The 9th edition of the event launches at the end of June, and the art works are in place until April 2020. You can find out more about the pieces on display here.

The National Army Museum has five permanent galleries which are organised thematically to show what it feels like to be a soldier, what the army’s for and how its role has changed over time. The museum uses personal and inspiring stories to show the importance of national defence and security. There’s a café and a ‘Play Base’, complete with an assault course and kitchen area, for children up to the age of seven years old, and there are free workshops for over-fives on offer this July.

The Postal Museum is a heritage attraction with interactive galleries which take visitors through 500 years of postal history. There’s an interactive play zone for under-nines and a Mail Rail Family Trail to follow around the Mail Rail exhibition. Visitors can also travel on a miniature train through the narrow tunnels of the historical Post Office underground railway. 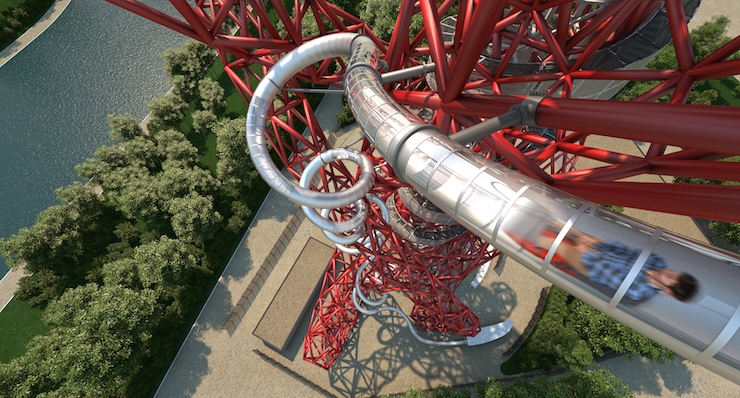 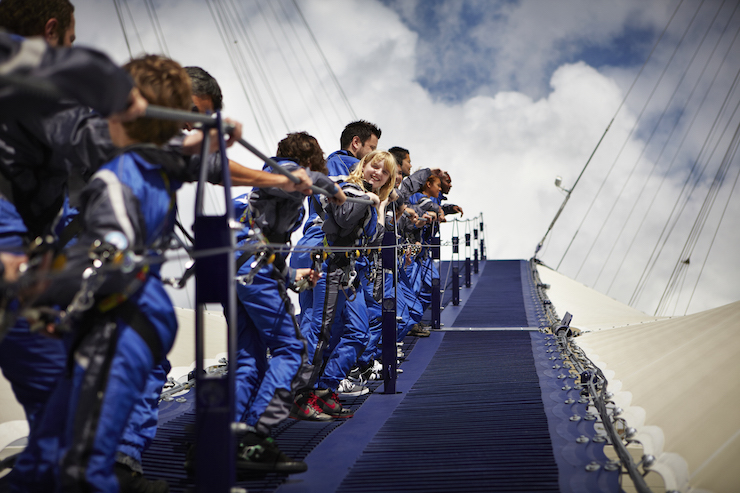 You can read my August round-up of top things to do in the city here:

Things to do in London with kids: August

What would you like me to include in next month’s roundup? Do share your London tips and recommendations.