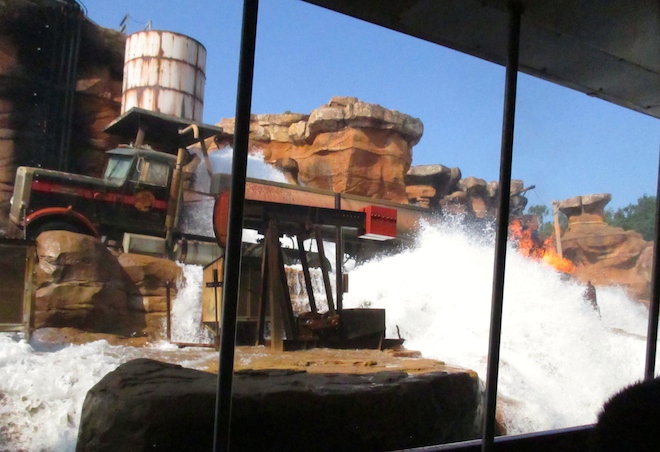 As I sat in the tram and watched the flames devour the truck I could feel their power and heat from where I was sitting, a few metres away. Suddenly water poured into the canyon around us, the flames died and the tram carried us on to the next stage of the tour. I was at Walt Disney World Florida enjoying a Hollywood Studios Backlot Tour and it was great. Hollywood Studios is all about cinema and TV and I found it the most interesting of the Disney parks when I visited Florida with my family this summer. The park has a 1930s art deco feel and is much smaller and more manageable than some of the other parks. In its early years the park produced many films and TV shows but that stopped a few years ago. Hollywood Studios is now a mixture of nostalgia, thrills, great stage shows and behind the scenes experiences. If you go, here are some tips on making the most of your visit.

It’s worth arriving when the park opens. Rock ’n’ Roller Coaster starring Aerosmith, Toy Story Midway Mania!, Star Tours and The Twilight Zone Tower of Terror are all very popular rides which can build up long queues so head for your favourite as soon as you get to the park and make use of the Disney FastPass system to avoid waiting in line.

Learn how movies are made

The great thing about Hollywood Studios is that it lets you in on some of the secrets of film-making. So the Backlot Tour takes you behind the scenes to learn about special effects and ropes in audience members to demonstrate. Lights, Motors, Action! shows how extreme stunts are put together for action films, with a special appearance by Lightning McQueen. The Indiana Jones Epic Stunt spectacular recreates stunts from the well-known film series. 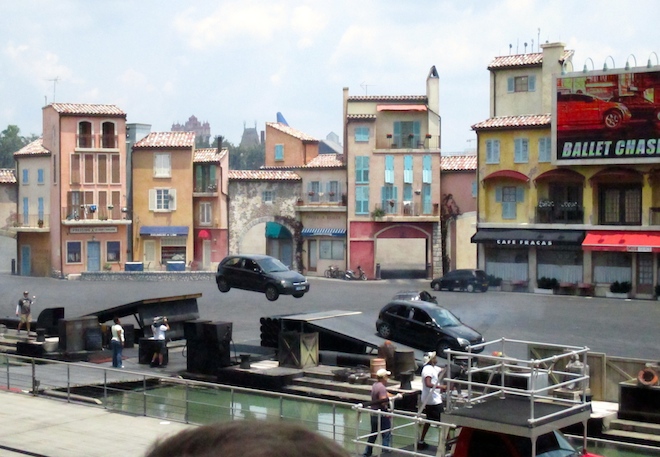 Get to know Walt Disney

One Man’s Dream is an exhibition and film and about Walt Disney’s life and work. Even though it is all pretty subjective it’s interesting to learn more about the man behind the Disney phenomenon.

Think about the rides you choose.

Don’t feel obliged to go on a ride just because it’s popular. We didn’t go on The Twilight Zone Tower of Terror as it didn’t appeal. It’s a ride in a runaway lift in a decrepit hotel where you fall 13 floors at speeds faster than free fall: there are engines pulling the ride down. My teen and I didn’t enjoy speeding from 0 to 60 mph in 2.8 seconds on the Rock ’n’ Roller Coaster but the youngest and my husband loved it.

Rides like Toy Story Mania are fabulous fun even though they may seem childish. Put on the goggles and let rip with your paintball gun to shoot at toy targets as you move along. Remember to check your score at the end of the ride.

Stay for the fireworks

The Fantasmic! evening performance is spectacular with lasers, animation, a light show projected on to huge fans of water and beautiful fireworks. Mickey Mouse leads a cast of around 50 Disney characters and dancers on a mountain island stage overlooking a lake. The audience sits in an 10,000 seat amphitheatre on the other side of the lake and watches the story of the battle between good and evil unfold. This show is amazing and you need to get there early to be sure of a seat.

Family travel lowdown: We used our Disney 14-day Ultimate Tickets to visit Hollywood Studios. The tickets cost £1020 in total for the four of us.